Little was accomplished Tuesday when the El Dorado County Board of Supervisors schlepped to Tahoe for the once-a-year meeting in the basin. 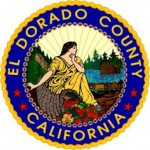 An update five years after the Angora Fire was given to the board as well as a presentation on the Tahoe Regional Planning Agency’s Regional Plan update.

A discussion about the Meyers Community Plan didn’t amount to much other than the supes wanting to know  the community’s preference before they vote for anything.

Supervisor Norma Santiago wanted to rename the Meyers Roundtable the Meyers Community Advisory Council, but that was nixed until she gets feedback from residents.

The Meyers Community Plan was approved in 1993, with revisions in 1995 ad 1998. Talks are already under way to update the plan so it parallels the TRPA update and could possibly be adopted by the county the first quarter of 2013.

Supervisor Ray Nutting, who has represented the basin in the past and worked on the Meyers plan, said, “A plan is only as good as the ability to implement it.”

He is wary of creating another document that will sit on a shelf as well as duplicating what has been done and spending more money on consultants than on an action plan.

“The energy needs to be from the community, not from a consultant who is paid by a grant,” Nutting said.

Michael Ward, the consultant being paid by a grant, told the board the plan is to build on what Meyers is doing by being recreation and family centric.

“There is a clear identity we can build on,” Ward said.

Supervisor John Knight spoke about how gaming on the South Shore diminished by 50 percent from the heyday and how that has hurt the economy and how Meyers needs to evolve.

What he failed to mention was how it was the county supervisors who voted to allow Red Hawk Casino to be built in Shingle Springs, how Indian casinos have hurt Tahoe, and that the concerns of the eastern side of the county were met with deaf ears when Red Hawk was being discussed.

When it came time to discuss the Washoe – who are not the tribe at Red Hawk – but instead are the tribe that called Tahoe home before the white man displaced them, the supervisors decided not to rename Lakeview Commons. They didn’t even mention the Washoe, despite previous meetings where there was talk of using a Washoe name. City Councilman Hal Cole, who was instrumental in Lakeview Commons since his first stint on the council, suggested a sign on the beach that explained the history of the area, including who gave the land for perpetual use by the people of El Dorado County and visitors. Who will pay for a sign and when it would be erected remain to be determined.

Previous post : Opinion: Mayor didn’t need to dig up the past Next_post : Snippets about Lake Tahoe