On June 20, at the dedication for the new El Dorado Beach project, Mayor Claire Fortier said in praise of the project manager he, Jim Marino, “had to deal with two contentious city councils.” Why the mayor would drag previous councils into what was supposed to be a celebration is a mystery because the facts don’t support her statement.

The contentious part of the project, if there was contentious behavior, developed because of a lawsuit against the city. In the beginning the City Council by a vote of 4-1 let the contract for the project to contractor A. At that point contractor B sued the city. 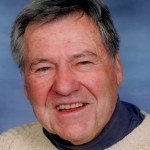 The court decided that the contract let to contactor A by the City Council was flawed. Thus, the project was delayed for a year. Contractor B was awarded the project contract and completed the project.

The reason for the messy delay and the city’s loss in court is clear. The city attorney in great haste advised the City Council to let the contract to contractor A. Thus, the 4-1 vote. After the court’s decision, the City Council questioned the city attorney about why he advised the council as he did. In a moment of candor, he said he had been pressured by members of the council to hurry up, rush to let the contract and he gave in to the pressure. As for Mr. Marino, he supported letting the contract to contractor A.

I have no idea what the court case cost the city in dollars. In the beginning, I voted with the majority on the 4-1 decision. I felt, after listening to the city attorney’s confession that I had been duped, made a fool. Just why Mayor Fortier would open up this can of worms, I have no idea. But she did.

Previous post : Where is the best place to watch fireworks? Next_post : El Dorado supes spend a day talking about Tahoe