I have not had an abortion.

But I would. I likely would have had one had I gotten pregnant when I didn’t use protection. I would have gotten an abortion – even today – if I were raped and impregnated. 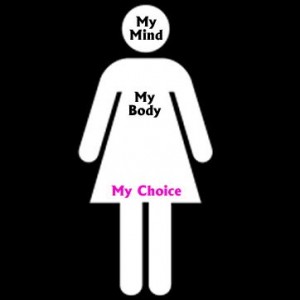 Talk to any woman who has had an abortion. No one I know says it was an easy decision. No one I know laughs it off. While the physical aspects of the procedure are long gone, the emotional angst never quite fades away.

It is a monumental decision to bring a life into the world or not to. And the person whose body is affected is the only person who should be making that decision. Whether the woman consults with the man involved, family, friends, clergy, personal physician – whomever else – it is ultimately her decision.

It is shameful that in 2013, especially on this 40th anniversary of Roe v. Wade, I am even writing about abortion. While idealistically it would be great if there were never an unwanted pregnancy, that will never be a reality. I can type until my fingers are numb about contraception and still there will be unwanted pregnancies. There will always be medical reasons for an abortion as well as those in the case of rape.

In May 1989, Phyllis Schafly, who was the backbone behind defeating the Equal Rights Amendment, and Sarah Weddington, who defended Jane Roe in the 1973 Supreme Court decision, squared off at Harveys in Stateline as part of the casino’s lecture series.

I was there. I was 23 years old. I was covering the debate for the Tahoe Daily Tribune, where I was in my first job out of college. I know I did not grasp the significance of the women I was listening to or the debate. For me, I thought abortion had always been legal because it had been since long before I started having sex.

I think back now on that room filled with nearly 800 people and wonder if that many locals would come out today for a similar lecture.

Then I wonder why people aren’t angry that 40 years after abortions were legalized states are one-by-one limiting a woman’s access to a safe abortion. It isn’t about whether or not you would have an abortion. It’s about a woman having the right to make decisions about her body.

Government does not belong in anyone’s bedroom – as long as they are consenting adults.

People should have the choice to have sex (protected or not) with whom they want. And if a woman wants to terminate a pregnancy – for which there are myriad reasons – she should be able to do so. She did not need her parents or the government’s permission to get pregnant, nor should she need either of their permissions to get “unpregnant”.

This video says it so well. It’s not about taking sides or about being pro life or pro choice. Those labels are too limiting for our world today.