South Shore children had to die and become severely burned before the utility company would take responsibility for cutting back trees near power lines.

It was on Sept. 29, 1969, when 9-year-old Dan Cook was climbing trees with his 7-year-old sister near their Echo View Estates home that he nearly died after becoming entangled in the electrical wires.

“We sued Sierra (Pacific) Power. If you see trees trimmed by power people, that is why,” his mother, Bea Cook said. The Cooks were one of three families to sue the electric company. 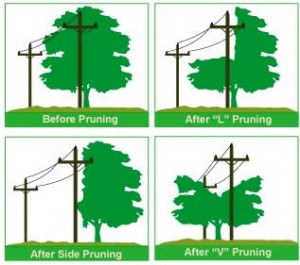 The power company is responsible for tree trimming.

In less than a decade in that era, five children were singed to varying degrees by power lines. Two died and three lived.

Dan had grabbed onto a 14,000-volt power line. It was the main source of power coming through the area near Sawmill Road. Kids would play in the sand pits in the area – with climbing trees one of the main activities.

“A neighbor boy came up and said Dan’s leg was smoking and he was hanging 30 feet in air,” Cook recalled.

This is Burn Awareness Week and Shriners Hospitals for Children is putting on a yearlong education campaign.

It wasn’t until 1997 that the Shriners burn center in Sacramento opened.

Dan Cook spent almost two months at Barton Memorial Hospital. He had two surgeries before being released in time for Thanksgiving in 1969. From his right hand that had touched the wire, the burn crossed his body, leaving third-degree burns on his upper left side that went down to his ankle.

His mom has wonderful things to say about Barton. (Bea and Bruce Cook still live here, while Dan, his wife, and their children are in Florida.)

But about a year after the incident three more surgeries were required. This time at St. Mary’s Hospital in Reno.

Not much has changed since the 1960s because Barton sends patients with severe burns to the nearest designated burn center, according to doctor Warren Withers. Patients can also be flown directly to a burn facility from the scene if first responders deem that appropriate.
The most common burns Barton sees are usually due to cooking or fireplace accidents. In 2012,
Barton’s emergency room saw 59 burn patients:
• 53 were treated and released; 12 were children
• 3 were admitted to Barton
• 3 were transferred to a designated burn center.

At age 12, it was recommended Dan go to the burn center in Texas because what was being done regionally was not working. At that time Shriners had facilities in Galveston and Boston.

“For us, Shriners is just incredible in what they do, have done and continue to do,” Cook said.

Shriners paid for mother and son to travel to Texas, put her up in a hotel for a month and performed six surgeries on the boy. Shriners provides care for children up to age 18. The treatment is free.

On the bottom floor of the Texas facility they were raising pigs for the grafting material. It was a 30-bed facility, with Dan on the reconstructive side. 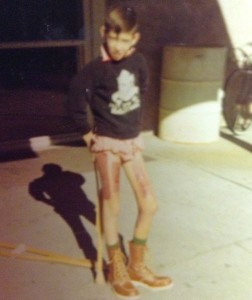 Dan Cook when he got out of Barton Hospital. Photo/Provided

Using Jobst bandages for burns was new at the time. But they were too rough for Dan, so once he got home his legs were wrapped with Ace bandages to keep pressure on the skin grafts. He was also having to wear shorts to school, which some of the kids didn’t think was right. Apparently his little sister set them straight.

On the back of his left knee the doctors put in grow darts with the thinking Dan would not need more surgeries – that the grafts would grow as he did.

“He is 6-4 now and has never had another surgery because of those grow darts,” Cook told Lake Tahoe News. 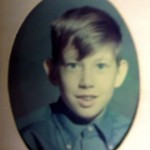 When the Coast Guard saw his scars they said there would be no admittance without a doctor’s clearance. Shriners obliged and the young man became a Coastie for four years.

“When I see a Shriner, I give them hug,” Cook said, knowing they made sure his son was able to live a normal life.