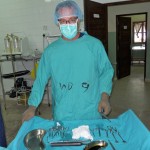 Yesterday I literally had to fight back tears after the first hour. I am not ashamed to say that, but their suffering was very emotional and they have been waiting for some hope.

One patient was seventeen and looked seven. She had terrible deformities from previous burns, but also a belly full of ascites. I think it is the fist case of kwashiorkor I have ever seen.

Steve Bannar sent several emails like this to family and friends when he was in Tanzania in November administering health care to people who don’t often see doctors with his skills.

The surgeon with Tahoe Orthopedics & Sports Medicine in South Lake Tahoe spent a month with Health Volunteers Overseas in this remote outpost of Africa. It was a test in many ways – in ingenuity, creativity, resolve, and medical know-how.

Though fixing clubfeet is not something he does in his everyday practice, at least it involves orthopedics. For one case the child sucked on his mother’s bosom – that was his anesthetic.

Much of what Bannar was doing in this village near the shores of Lake Victoria had nothing to do with his specialty.

“The basic concepts are the same. The science is the same. It’s more adapting to what is available. You certainly can’t rely on technology,” Bannar said.

Deformities run rampant. They are the result of poor nutrition, parasites and neglect.

Bannar divided his time between two hospitals – one government run, the other a Catholic facility. The latter being significantly cleaner.

“I have never felt so dirty in my life. I try to be as clean as possible but that is impossible. I saw over thirty patients without soap or towels, nasty. I return to the room to shower and a cockroach the size of a mouse is in there with me,” he writes in an email home.

He had to practice medicine in facilities that are nowhere near what he is used to.

It was a bit of a struggle to get all of his goods through customs, but eventually he made it. Barton Health provided many of the tools he left behind for the medical community to use after his departure. He took lower-tech equipment, but even some of that was more modern than anyone in this village was used to.

“I took the tools to the machine shop to sharpen them for surgery,” Bannar told Lake Tahoe News. “I used a hand drill to put pins in.”

He spent some time with a witch doctor who most of the people believe in. He, too, is a believer.

“I’m not sure how well it works, but it’s been around for a couple thousand years, so it has some validity,” Bannar said of the various potions.

But it was his modern tools that helped an albino be able to feed himself by creating a better pinch on his arm. In this part of the world albinos are said to have magical powers. Their body parts are harvested – even while they are alive. This particular boy had one arm missing and fingers of the other hand cut off.

Despite being steps from Lake Victoria, Bannar couldn’t cool off by swimming in the refreshing looking water. A parasite that goes through the skin lurks beneath the surface.

Rice and fried minnows was a normal meal. Bananas are everywhere and seemed to be put in nearly every dish. Fried grasshoppers are another delicacy of sorts.

“The small intestines [of some unknown creature] was the nastiest, slimiest, chewiest piece of meat I have ever had,” Bannar sends home in an email.

Despite the poverty, the ravaging of forests for fuel, the injuries from motorcycle accidents on roads he decided not to venture out on with two wheels, and the overwhelming need for Western doctors to visit more than once a year, Bannar is ready to go back.

He’s been a member of Health Volunteers Overseas for 15 years, having traveled to Vietnam and St. Lucia.

“It’s really rewarding. I like adventure, to see new cultures,” Bannar said, sitting in the confines of his spacious, clean office. “You eat and live like a national. Instead of going as a tourist and taking, you are giving. You leave something.” 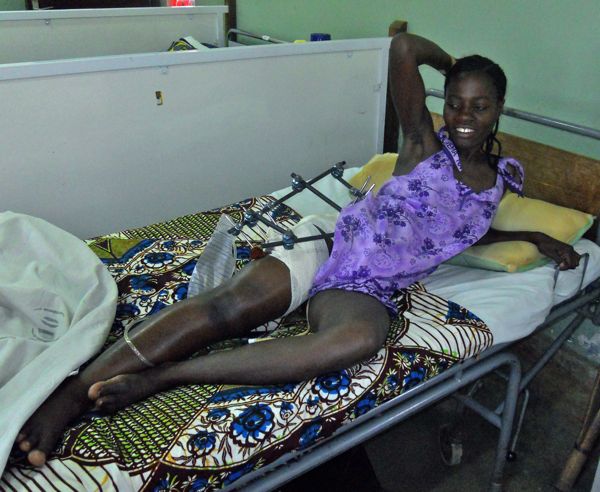 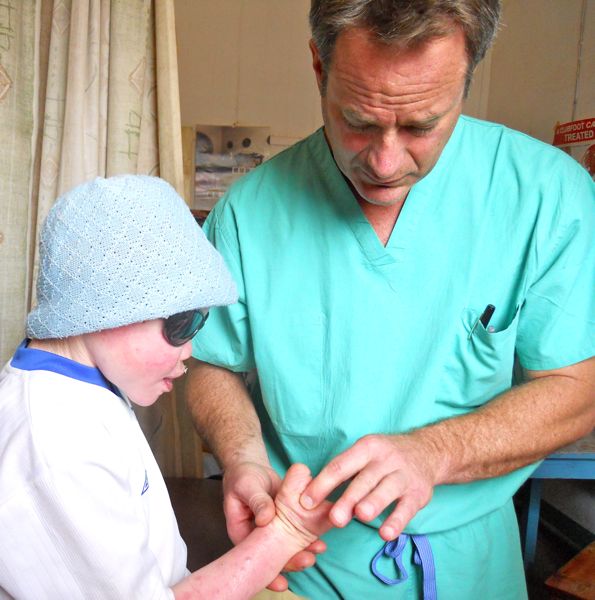 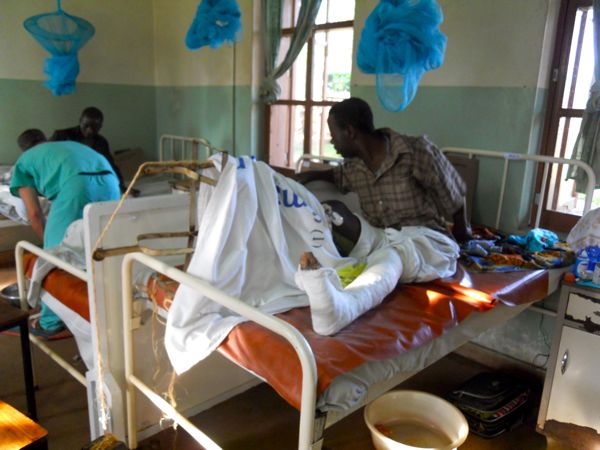 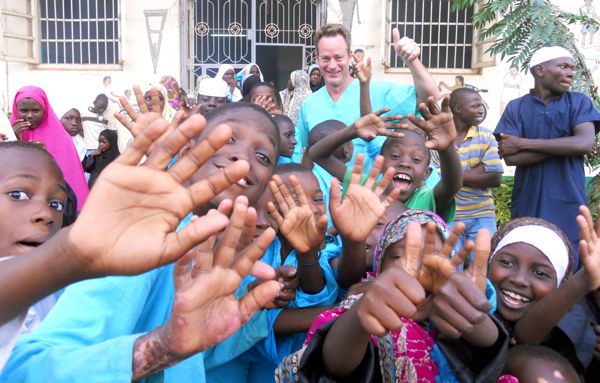 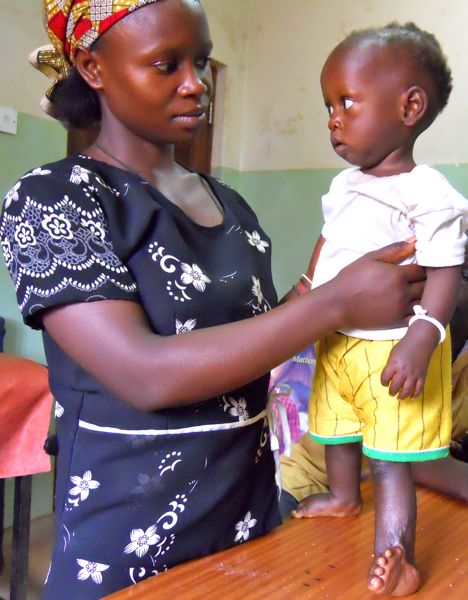 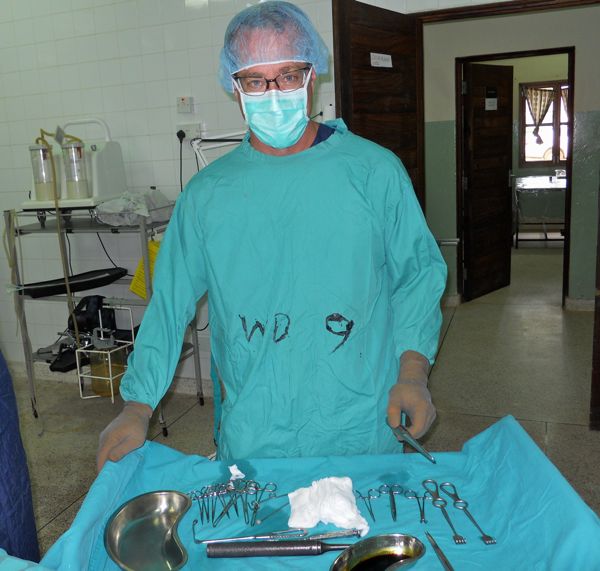 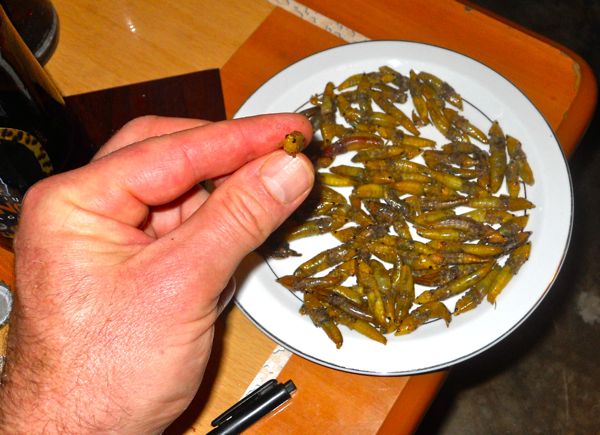 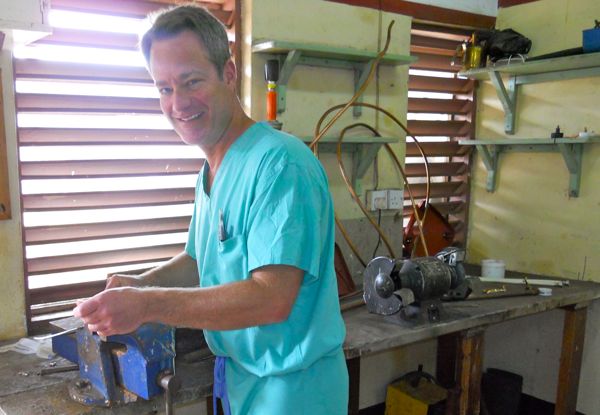 (Click on photos to enlarge.) Photos provided by Steve Bannar.