A July 1981 agreement to keep a South Lake Tahoe parcel designated open space may go by the wayside to get the city out of a lawsuit that resulted from a former employee wrongly granting a building permit for the site. 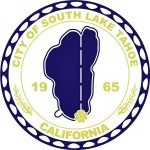 While Deputy City Attorney Nira Feeley pleaded her opinion to the council on Tuesday, the electeds weren’t so sure her idea was the best one.

On the request of newly sworn-in Councilwoman Brooke Laine, the five agreed to delay their decision. A special meeting has been called for Feb. 11 at 9am to discuss just this matter. If the agreement is not signed by Feb. 20, either party may pull out of the deal. The plaintiff has until March 5 to dismiss the suit against the city.

If the council doesn’t agree to the deal, the case goes back to court.

To date all the legal fees have been in house. City Attorney Patrick Enright didn’t have an accounting of how many hours have been spent on it, but quite a few, he said. It has been an ongoing legal matter since the current property owners sued the city in 2009.

It was the Mullers who in 1981 entered into an agreement with the city granting “an open space easement on, upon, over, across, above, and under the subject property and relinquishes to the public in perpetuity the right to construct improvements thereon.”

There were three ways the city could renege on the deal as outlined in the contract if it had written consent from the California Tahoe Regional Planning Agency (CTRPA) or its successor agency:

• That no public purpose described in subdivision (b) of Section 51084 of the Government Code will be served any longer by keeping the subject property as open space and that finding is concurred in by the CTRPA or any successor agency.

• That the property is to be purchased in fee by governmental agency or its agent.

• That the CTRPA regulation authorizing this dedication is declared invalid or unenforceable by a court of competent jurisdiction.

Feeley in her report Feb. 5 to the council cited the first bullet point in her arguments – that the settlement is in the best interest of the city as a whole.

The settlement proposal has Vu and Khuu being able to build a single family structure and then having to buy another parcel somewhere in the Lake Tahoe Basin and have it retired.

(Neither spoke at the council meeting nor did anyone representing them.)

The Vu’s sued. The city prevailed in a demurrer. In 2010, Vu appealed. The appellate court reversed part of the trial court’s ruling and sent the case back to the lower court. The case is in trial court and will stay there unless the settlement agreement is signed.

Neighbors are irate the couple might be allowed to build on the property. Jerry Goodman told the council Vu knew all along he could not build. He is upset someone with money is presumably able to buy their way around the law.

“Ethically and morally you don’t have a choice on this,” Goodman told the council.

Goodman’s attorney, Jeff Rahbeck, cited California law as to why the property should remain open space.

Letters from seven other people who are against allowing the building to continue were entered into the record and two other people spoke against the staff’s recommendation.

The city staff report has the property info.

• On a 4-1 vote, with Mayor Tom Davis dissenting, the council agreed to designate areas in the city as paid parking zones.

• On a 3-2 vote, with Davis and Councilman Hal Cole saying no, money has been allocated to purchase the parking kiosks.

• On a 4-1 vote, with Davis in the minority, Peckham and McKenney has been hired for a fee of $45,000 to bring forward city attorney, public works director and administrative service director candidates.

• Deferred amending the contract with the ice rink operators for four months. This is the length of Tahoe Sports Entertainment’s temporary alcohol permit.

• A special meeting is set for March 12 at 6pm to discuss the loop road.

Previous post : Any thoughts about the Oscars? Next_post : Lake Tahoe News — read it and wear it