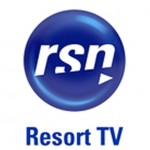 Outside Television Network will replace Resort Sports Network as of June 1.

South Lake Tahoe is one of the 110 destinations where RSN is located. The entire network reaches 61 million viewers annually.

How the merging of the two entities will affect the local station remains to be seen.

“What it means for us locally is we go through a rebranding phase. We haven’t decided anything yet. There’s not even a new logo,” Pete Loughlin, South Lake Tahoe RSN general manager said.

So far the staff remains intact.

Loughlin said he has had a number of conversations with higher ups regarding programming, but no firm decisions have been made.

Some of what the local station produces goes to all the RSN stations — like the Glen Plake show.

“From a synergy and content standpoint it seems like a perfect match,” Loughlin said of the merger.

From an advertising standpoint it could mean more dollars with Outside’s name being on the marquee. Outside magazine is more widely known than RSN, which is one of the main reasons the magazine name is going to be used going forward.

RSN is continuing with its plans to thoroughly cover the Olympics in Whistler next month. A number of RSN camera crews will be at the Games, plus the network has broadcast agreements with NBC.