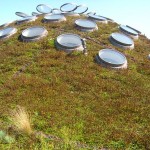 SAN FRANCISCO — Lake Tahoe could learn as much about tourism from San Francisco as the Western world could from the Egyptians about preserving ancient treasurers.

That’s what I surmised from a recent trip to San Francisco. So often it’s the arts that get me to The City.

Arts are precisely what The City’s tourism officials are banking on in these challenging economic times.

From the San Francisco Symphony to the de Young Museum’s 30-year return of King Tut to the one-year anniversary of the California Academy of Sciences to the annual Fat Tire Bike Festival, the storied city’s culture or counterculture as in the case of the latter, boasts the draw of a varied audience seeking a big bang-for-the-buck travel experience.

For tourism officials in The City by the Bay, there’s a reason they call the experience “only in San Francisco.”

“Events are the big attractions. This is so much a part of what San Francisco is,” said San Francisco Convention and Visitors Bureau spokeswoman Laurie Armstrong, who once lived and worked in South Lake Tahoe.

Sure, times have been tough — especially in terms of hotel occupancy, which stood at 84.2 percent in July compared to 88.8 percent a year ago at that time. Moreover, hotels’ average daily rate has plummeted from $252 to $188 to keep the visitors coming.

“Tourism overall has been a mixed bag in San Francisco,” Armstrong said.

Armstrong noted how visitors expect a certain, multi-faceted experience from San Francisco. For one thing, almost all events have green standards. Recycling is part of everything — including bins saying “landfill” so people get a clear idea of what is and isn’t reused. The third year of the Fat Tire Bike Festival in Golden Gate Park brought out a slew of recycling bins, while also touting the benefit of human power to save the planet.

“It’s something to see the place full — 40,000 people looking at the (AT&T Park) jumbotron appreciating the opera,” Armstrong said.

San Francisco is so serious about the arts that the Convention and Visitors Bureau employs a director of arts and culture. Geraldine O’Brien said she’s noticed the arts remain strong in visitation in a troubling national economy. Like hotel bookings, these visitors tend to make reservations more at the last-minute. When a household budget remains in flux, it’s difficult to know whether the trip to the grocery store will cut out entertainment for the week.

O’Brien added how more than half of the city’s visitors come from outside the area. Many are seeking an experience one can’t get on Main Street USA.

The Asian Museum has absorbed days of record-breaking visitors. The California Academy of Sciences’ unique experience has brought out 2.3 million people to take in its journey into the planet’s origin and sustainability along with an up-close-and-personal view of wildlife and its varied habitats.

The de Young Museum in Golden Gate Park has enjoyed a summer and fall filled with visitors day after day witnessing the unearthing and display of artifacts of Egypt’s boy-king pharaoh King Tutankhamun. It’s been 30 years since the ancient treasures have graced the museum, introducing the young and old to his mystery.

But unlike the display in the 1970s, the famous mask was not part of this tour.

At age 9 in 1332 B.C., King Tut took control of the valley of the Nile River, the longest in the world. He died 10 years later after inheriting a country in disarray. For a perspective of the Egyptians’ tenure, the ancient pyramids were already 1,000 years old.

The Egyptian culture used tombs as a mini universe for the deceased, prompting some visiting the museum to question whether British archaeologist Howard Carter should have taken the 16 deep steps to exhume the boy king’s 5,000 treasures from a remote tomb grave. But many museum visitors were in awe of the variety of artifacts, ranging from sharp daggers and a game board the boy played called “Senet” to a decorated chest and 150 pieces of jewelry.

“Everywhere was the glint of gold,” a display dictated the words from Carter.

Also on display within the exhibit is a collection of photographs from Harry Burton who followed Carter on the Tut expedition.

The King Tut exhibit is at the de Young through March 28. Tickets are available through Ticketmaster. Reservations are highly recommended.

The California Academy of Sciences celebrated its first anniversary in Golden Gate Park Sept. 26-27 with a test in internal operations. A fire alarm sent scores of visitors out in the park plaza and staff on high alert. After distributing vouchers for Ben & Jerry’s ice cream for the inconvenience on an unseasonably hot day in The City, visitors didn’t miss a beat. They stuck around for more than 90 minutes in the heat before being able to return to the fun and air conditioning.

A live display put on by the Wild Cat Education and Conservation Fund of Sonoma County introduced many of the fascinated children and big kids to a sampling of the 22-acre center’s 20 species.

“Ooooh, ahhhh,” kept being repeated as host Barbara Dicely talked about how the rather small caracal African desert lynx can bring down a 100-pound antelope.

Much of the majestic new building’s displays focus on habitat, whether it’s the simulated rain forest, life outside the Milky Way or how climate change in the Sierra has a ripple effect through all of California.

One interactive display welcomes visitors to the carbon cafe to test how their lifestyle creates an emissions score.

To give back to the environment, attendees are urged to visit the 2.5-acre rooftop where a living roof is dotted with mini weather stations that contribute to the building’s ventilation system. The roof measures rainfall, solar radiation, wind direction and speed as well as temperature and humidity levels.

Academy of Sciences staffer Rene Blanco said her biggest challenge is avoiding the bees, which albeit good news for scientists, have found safe haven in the self-healing flowerbed of 40 species surrounding the nervous naturalist.

From the bees to the birds, the academy’s science and sustainability tent was also the setting for an up-close showing of a kestrel and great horned owl by bird handlers. The place became a children’s paradise with wildlife and interactive exercises in which they could grow their own plants.

Penguin feeding in the aquatic park of the African center captured more of the children’s attention (and those turning 44 that weekend) — their eyes bugging out at watching the tuxedo-clad birds swimming and waddling in their designated space.

Throughout the building, people of all ages were transfixed by the reality of the displays.

For a true escape, the academy just launched the “Journey to the Stars” show in the world’s largest digital planetarium. Warning: high-back chairs in the darkness may prompt a weary visitor to get a little too comfortable. But for those paying attention, Whoopi Goldberg narrates a remedial and easy-to-understand trip into space.

In the spring, the Academy will host an exhibit called Extreme Mammals highlighting various living and extinct species. For more on the attraction, visit www.caladademy.org. General admission is $25 and open 9:30am to 5pm Monday through Saturday and 11am to 5pm Sunday.

As a blues and jazz lover, the symphony isn’t the first genre that turns the dial of my musical tastes — and much of that preference or lack thereof, is generated from a limited exposure and education. However, I must admit the San Francisco Symphony can make the hair stand on end when the angelic sounds emit in perfect harmony in a building constructed for such delicate artistry.

The acoustics at Davies Symphony Hall made me wishing for such a venue in Tahoe. The three tiers above the graduated floor level provide a great seat to all.

Plus, the compositions of Prague native Gustav Mahler in the hands of any music director other than Michael Tilson Thomas may have been lost in translation. Even under pressure of show-taping cameras on rails passing before him and his 100-plus accomplished musicians, Tilson Thomas provided a narrated introduction into the life of Mahler for the novices in the crowd.

The journey took the attentive listening audience into a yearnful romance that turned bittersweet.

The violin strings played in such harmony it was hard to imagine this instrument is the one that can make an entire household cringe when someone is learning it.

All along, I found my body and spirit sway with the kind of beauty I have experienced with romantic scores from “Out of Africa” or “Somewhere in Time.”

Susan Wood is a freelance writer based out of South Lake Tahoe. She may be reached at copysue1@yahoo.com.