A 19-year-old Petaluma woman has not been seen since the last night of SnowGlobe.

“Our best hope is she is with somebody and she is safe. It is not like her not to respond or to try to get a hold of us to let us know she is OK,” Kim Miller-Byrne told Lake Tahoe News of her daughter, Alyssa Byrne.

Alyssa Byrne came to the South Shore on Dec. 29 to attend the three-day music festival in South Lake Tahoe. She and friends were staying at the Horizon hotel-casino in Stateline. 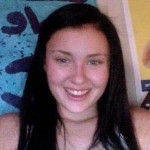 Family members say the last text the 19-year-old sent to a friend was several hours before midnight on New Year’s Eve.

South Lake Tahoe Police Chief Brian Uhler told Lake Tahoe News the initial report came to his department at 9:26pm Jan. 1. He said South Tahoe officers made contact with the missing woman’s friends who had been with her at the Horizon who said they saw Byrne at the casino between 12:30 and 1am New Year’s Day.

The case has been turned over to Douglas County Sheriff’s Department because the casino is in that department’s jurisdiction.

Sgt. Pat Brooks with Douglas County told Lake Tahoe News casino tapes are being pulled so investigators can see if Byrne is on any of them and if so, who else is with her.

Uhler told LTN, “We sent a teletype to DCSO, (which is) standard procedure at 0010 hours [12:30am Jan. 2] just 3½ hours after we learned she was missing. Between the time she was reported to us and we learned that she was at the Horizon, we actively looked for her and tracked information which led to our discovery about her being seen in Horizon. We learned this minutes before sending the teletype. Further, complete report information was sent to DCSO shortly after the start of the business day the following morning.”

Douglas County officially took the lead on the investigation at 3pm Jan. 2.

Earlier Uhler said a sweep of the surrounding area was made each night to look for anyone who may have fallen into a snowbank or had some other mishap.

Miller-Byrne said the last text her daughter made to a friend said she was catching the shuttle back to the hotel.

Byrne had been texting her parents every day as a way to check in.

“(Tuesday) she did not text. We texted her and got no response. We called her cell phone. It goes straight to voicemail,” Miller-Byrne said.

“The friends she went up with looked for her and could not find her. They left and brought all of her belongings, including her cell phone charger.”

The missing woman’s parents contacted police in South Tahoe on Jan. 1. Her dad, Kevin, is in town now.

“My husband has been going from casino to casino to try to get her picture out and get as much information out as possible,” Miller-Byrne said. “I just want her back.”