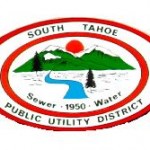 The board of directors this month unanimously approved a four-year contract for the union and two-year for management that is retroactive to July 1. Union members received between a zero and 13.31 percent pay hike, while the management group increase was between zero and 14.1 percent. About two-thirds of the 92 union employees received a raise.

The increases are based on a survey of 14 other agencies. STPUD uses the median to base its salary scale.

The last raise was in 2009 – 2 percent for everyone. This was based on the 2006 contract that called for the salary adjustment.

The medical plan changes Jan. 1. No longer will South Tahoe PUD be self-insured. STPUD will be part of the joint powers insurance agency through the Association of California Water Agencies. Over the course of the four-year contract the district will save $1.5 million. This savings pays for the salary increase.

District spokesman Dennis Cocking told Lake Tahoe News no rate increase will be used to pay for the salary changes.

“It’s a good solution when nobody is happy, but everyone can live with it. We have a good agreement,” board President Eric Schafer told Lake Tahoe News.

“I think some of these things are taken out of our hands like pension reform in California and the Affordable Health Care Act. We brought ourselves into compliance with those,” Schafer said. “Who knows what the state of California will do next? We know they need money. I hope it does not come from us.”

It’s likely with an aging workforce, STPUD will see more savings in terms of salary and PERS contributions because new employees will make less and have a different pension formula.