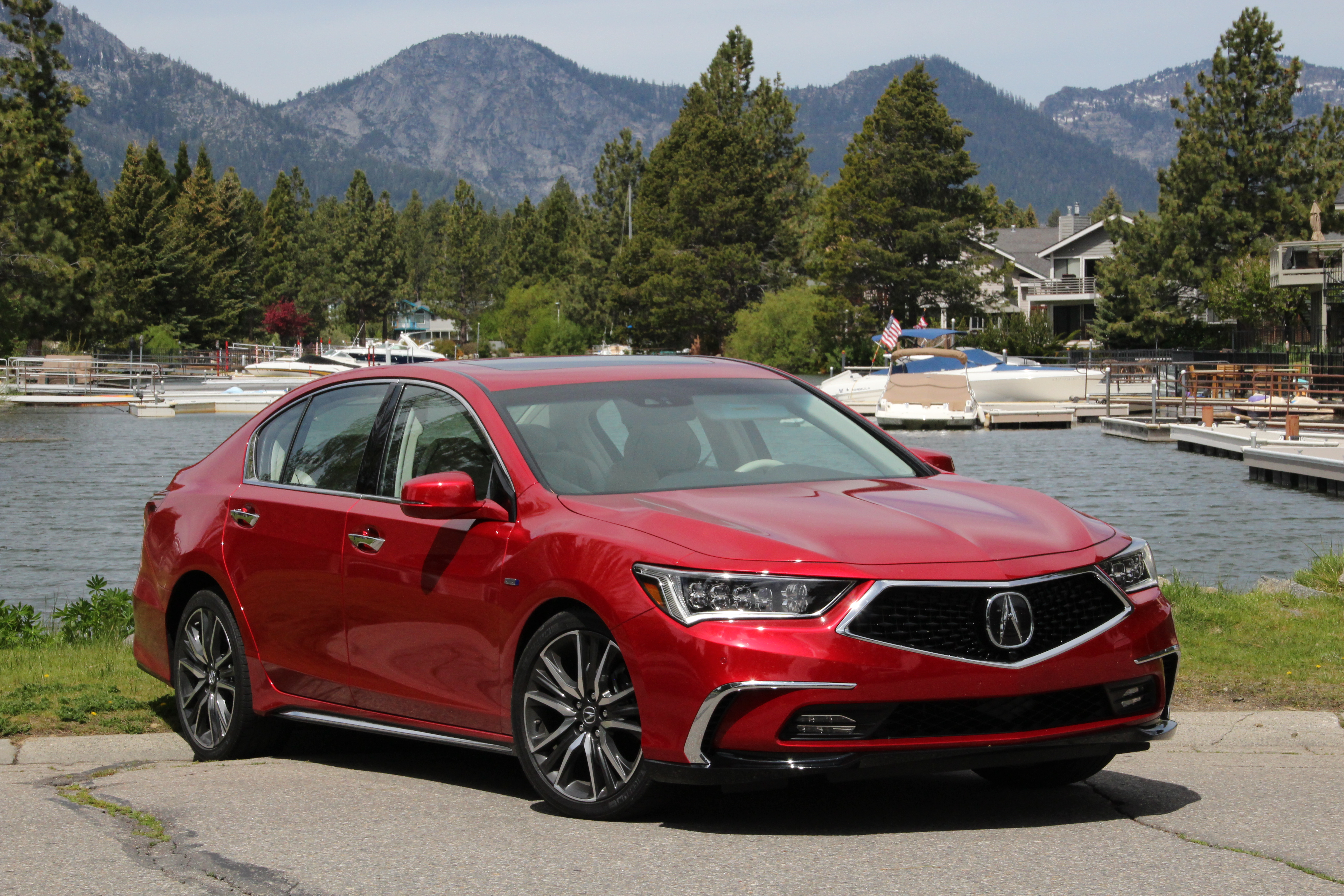 Acura’s RLX has been in production for about four years, entering the 2018 model year with a significant face lift giving it an all-new model look. A new front end, hood, sheet metal and rear end has given it a new life and certainly an improved appearance. Most of the mechanicals remain the same and that is all good.

This is my second go round with an AWD Acura, the first being a new generation 2018 TLX SH-AWD super sedan from about a year ago, which I gave nearly unlimited accolades for its performance, handling, ride, fuel economy and value (bang for the buck quotient). RLX ups the anti with more performance, a smoother and quieter ride without giving up much in handling and size.

RLX is still a mid-sized ride, a big mid-size if you will at 198-inches-long with a beam of 74 inches on a 112-inch wheelbase. It’s total interior volume in the Hybrid edition is 114 cubic feet, which falls in the middle of the EPA mid-size classification. It’s styling is understated with a much-improved mesh grille, new trick jeweled headlights and a sculptured hood with sharply raised left and right power bulges. It’s the design’s best feature.

Under that trick hood resides Acura’s 3.5L direct injected, SOHC, 24 valve VTEC V-6 that cranks out 310 hp at a high 6,500 rpm and 273 pounds of twist at 4,700 rpm. Interestingly, the numbers are almost identical for the non-hybrid model except of a pound of torque. But the hybrid gets the addition of three electric motors, one 47 hp unit integrated into the seven speed DCT automated manual tranny and two 36 hp motors connected to each rear axle which allows electric motor torque vectoring to each respective rear axle half-shaft. In fact, the rear wheels are electrically powered only. Total vehicle torque is 341 pounds. No power from the V-6 is sent to the rear wheels, hence no center drive shaft.

However, total hp rating for the RLX is rated at 377 as the 1.3 kWh, 66-pound L-I battery pack behind the rear seat limits total hp because of battery output is limited to 67 hp. Don’t fret as this RLX offers World Class performance knocking off a 0-60 mph time in an average of 5.15 seconds. It will scamper from 50-70 mph in an extremely quick time of 2.60 seconds and that time only slows to 3.38 seconds up a 6-7 percent grade. Those passing numbers correspond to a low five second vehicle so there is no question the RLX has World Class performance. 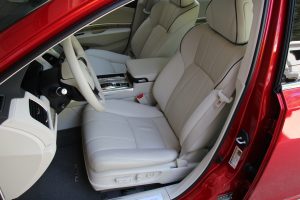 Fuel economy as a hybrid should be improved and it is. But it demonstrates that hybrids main advantage is in city stop and go driving. EPA numbers are 28/29/28 mpg city/highway/combined. The conventional RLX model with the same 310 hp V-6 driving the front wheels only via a 10-speed torque converter automatic has EPA numbers of 20/29/23 mpg. In other words, in the city cycle the hybrid fuel economy improves by eight mpg, but zero mpg in the highway cycle, demonstrating there is no highway benefit. At times in a 250-mile round trip with 95 percent on Interstate 80 to the Bay Area the RLX hybrid averaged 31 mpg and many times in heavy traffic, where the hybrid operated electric only up to about 58 mph for stints of perhaps a mile, but perhaps the extra 400 pounds of curb weight (a portly 4,380 pounds), reduces any highway benefit. In my 200-mile Carson City round trip, the RLX averaged 31.1 mpg and overall in 600 miles the RLX returned 28.2 mpg. The Hybrid picks up in mixed driving an estimated 3-4 mpg plus a huge performance advantage and the security of AWD.

One drawback for the hybrid version is a reduction in fuel tank size from 18.5 gallons to a smallish 15.1 gallons. If the average highway fuel economy was 35-40 mpg, ok, but not with a highway mileage of 31 mpg. It means a max range of about 450 miles until you are pushing.

But in comparison, the smaller Acura TLX SH-AWD with a normally aspirated 290 hp version of the Acura 3.5L V-6 actually returned about five more mpg on the highway but an mpg less overall at 27 mpg while offering almost the same level of performance with 0-60 mph and 50-70 mph times of 5.43/3.00/4.09 seconds respectively at a savings of about $15,000 less. It doesn’t deliver, however, quite the comfort and quiet of the RLX which is more of a pure luxo car.

Speaking of rides, this RLX delivers quiet and smoothness of the best luxo rides. It is exceptionally quiet and the ride is an excellent compromise of soft and sharp handling demonstrating a special softness and very tight handling when necessary, especially in sports mode. It has superb creds, state of the art independent suspension, a quick electric power steering rack, a wide track of 64 inches and 19X8 inch alloys shod with meaty 245/40 series high performance tires. The only knock is a wide 40.5 foot turning circle.

RLX does the twisties with cornering power and confidence that even the ham-fisted driver will think himself a pro. While it weighs in at over two tons and 400 pounds more than the standard RLX, weight distribution is improved from 61/39 percent front to rear to an improved 57/43 percent in the hybrid. Agile handling is relatively flat and tight, holding its line as if guided by rails. It does have Agile Handling Assist standard which helps correct understeer and oversteer by braking, usually an inside tire.

Safety means all the bells and whistles, lane departure warning and assist and some more. A 360 degree display and heads up display are added pluses. Headlights are spectacular low and high beam.

Inside is the best Acura interior with soft leather and soft touch everywhere. Seats are the best encountered in any Acura with long haul backside comfort and rear leg room is huge. Instruments include a big tach and speedo with an information/trip computer. Not as bad as a Lexus, but the radio system is still a bit cumbersome to use as there are two screens involved, one touch and one not. Its confusing, but I am sure after a week or two it would become second nature. While there is no mouse, the outer control ring was still a bit difficult.

Trunk capacity in the hybrid is also 20 percent smaller than the conventional RLX at 12 cubic feet.

Pricing starts and ends at $62,865 including $965 for the luxo suite for the boat accommodations from Japan. There are no factory options, everything you need and then some is standard. It’s a great luxury/sporty ride.