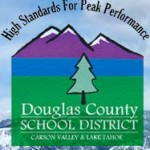 Change. It’s the one constant for students, parents and educators at the lake schools in Douglas County School District.

More change is in the works. One day there will be only one school – a K-12 on the campus of Whittell High School. This won’t happen for several years, but still, just two years ago there were three schools at Lake Tahoe. Kingsbury Middle School closed at the end of the 2007-08 school year. (Read Lake Tahoe News on May 4 to find out what is going on with that property.)

The school board in April approved the facilities master plan. Further consolidation of the lake schools is in phase three, with phase one having not even started. Creating one school to accommodate the shrinking school population is part of that plan.

In the Carson Valley the two middle schools will be consolidated into one. Which school will remain open has not been determined.

At Lake Tahoe, various scenarios were considered, including having Whittell students transfer to South Tahoe or Douglas high schools. The former was nixed because it is in California. The latter was discarded because of travel time and costs associated with that.

“It probably would not be full participation. It would allow them to take classes. We’re looking at our specialty classes they couldn’t offer,” Tarwater said.

Those talks are in the initial stages.

One of the issues with small schools like Whittell is the limited number of electives that can be offered.

Because enrollment at DCSD’s lake schools has declined by 50 percent since the peak in 1994-95 of 942 students, something has to be done in terms of housing the students to make it economically feasible.

Between Whittell and Zephyr Cove Elementary there are 454 students. The district projects a yearly decline at the lake to continue at 5 to 6 percent a year. (Enrollment is dropping by about 2 percent a year in the valley.)

“Over time the number will guide us. If we reach 350, it makes since for a K-12,” Luna said. “We don’t want to delay it so long that we don’t have construction and we don’t want to do it too early.”

Her projections are that in the next three to five years the numbers are likely to indicate it’s time to begin serious K-12 discussions, with the talk about construction in year five.

Like the consolidation of three schools into two and the four-day school week at Whittell, parents and the community will have ample opportunity to voice their opinions and concerns.

The plan is Zephyr Cove Elementary will close because there is more room at WHS and it has classrooms designed to meet the needs of a high school curriculum – like science labs.

Selling the elementary property is not being talked about. First, because of how the property was deeded to the district from the George Whittell estate and secondly, the district anticipates using the soccer fields.

What will happen to the buildings is a big question with no immediate answer. They will not be used in the K-12 configuration.

The footprint of Whittell is not expected to change much – it’s more internal changes that would be needed to accommodate more students and younger grades.

“We’ve had a legacy of three schools there. It’s hard to see that change,” Luna said.