This is just a fraction of the texts that LTN requested earlier this year. The ones released are just between Alessi and Tina Shannon, who works in the city manager’s office. The two have quite the friendship, saying “love you,” logging into each other’s email, telling each other who was in talking to the now former city manager, praising the now weekly newspaper and trashing LTN with profanity. 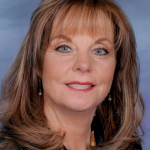 Interim City Attorney Nira Doherty has promised the rest of the texts will be released by next Monday at the latest. This will come after Alessi quits her elected position effective this Friday.

LTN asked all the councilmembers for their views on the texts. Only Davis responded. “Any texts between city staff need to be professional in nature and not personal. Perhaps we need to go redefine city policy,” Davis told LTN.

The correspondence between Alessi and Shannon is juvenile at best. The two women are catty in their dialogue and don’t hesitate to use profanity. Most of the exchanges are while they are on the clock, getting paid with taxpayer dollars. Here are the Alessi-Shannon texts.

They were redacted by Doherty. The messages were from both women’s personal phones.

Alessi has not explained why she took so long to release the documents and then why she is choosing to hand them out incrementally. Ten days is the normal time limit to produce public records.

There is no love lost between Alessi and Shannon and former City Manager Nancy Kerry. Shannon gets pissy that Kerry opted to get food from someplace other than her restaurant at the airport, which could have been seen as a conflict. They both seem to mock Kerry during her final days as she is trying to keep her job; and this is from people Kerry thought were at least quasi friends.

On Feb. 5 Alessi messaged Shannon, “Omg l Yes, she Is freaking out! It is so freaking crazy it just needs to be done. I cannot believe how she and Brooke are attacking Nira. just pisses me off. I am so pissed off at her. God do your will. And thanks for sharing the info with me. It’s really good for me to have the info so that I can keep the pulse on what’s going on. Thanks!” The “her” is Nancy Kerry; “Brooke” is Councilwoman Brooke Laine.

They accuse Davis of violating the Brown Act. Davis told LTN on Monday night that he has not violated the open meeting law, that he forwarded an email to a former councilmember that was a public record, and that he has told district attorney investigators everything he’s done.

Alessi, even though she is an elected official, has no legal obligation to report a suspected Brown Act violation, but ethically she does. Instead she chose to gossip about the alleged infraction with a city employee who would not have been privileged to the supposed private information.

There are “conversations” involving former communications manager Tracy Sheldon when she had issues that spilled into the workplace and involved a phone call she made to Davis; as well as issues with now former Deputy City Clerk Ellen Palazzo.

There is a lot of interaction between the two when Alessi was in rehab; all redacted.