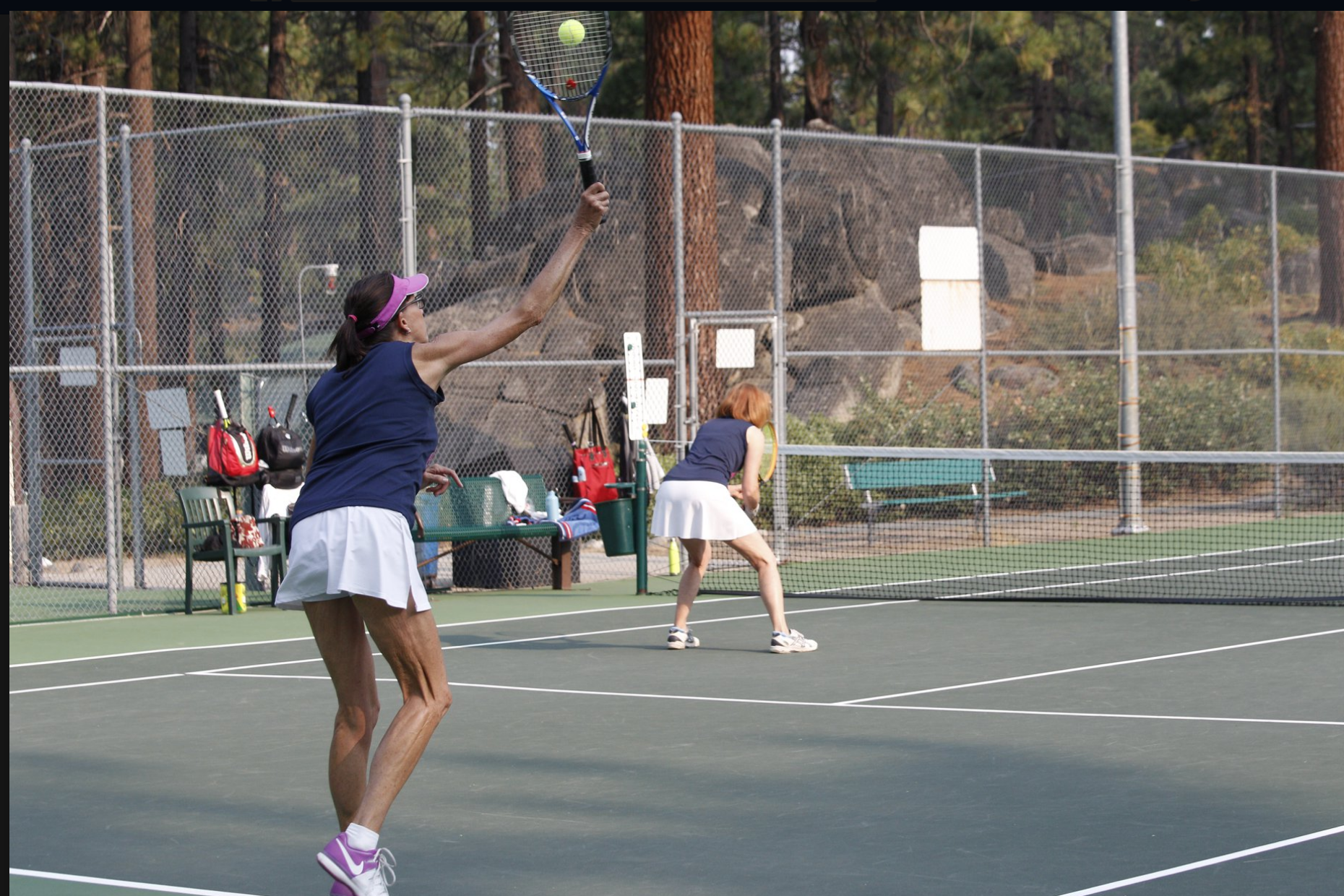 A record 245 players competed in the Tahoe Tennis Classic, which saw some incredible competition across the four days at Zephyr Cove Tennis Club.

While players came from 11 states, all the winners were from either California or Nevada. Now in its 35th year, this all doubles tournament brings out some of the best players in the region.

The finals were played on July 29 under smoky skies with little breeze.

Kurt Chan of Gold River and Kendall Homer of Sacramento won twice together. They beat David Harden of Gold River and Michael Kiskinen of El Dorado Hills 6-4, 6-7, 6-1 in the men’s 9.0 division. Then they prevailed over Dan Bohannon of Orange and Mark Peterson of Truckee of 7-5, 6-1 in the men’s 120 division – where the combined age of the partners had to be at least 120.

Ryan Johnston of South Lake Tahoe was also a double winner. In the men’s 10.0 it was revenge with partner Mohamed Irfan Lakdawala of San Francisco. Last year they finished second in that division. This year they beat Chris Evers of El Dorado Hills and Dave Hagiwara of Folsom 6-3, 6-3. In mixed 10.0 he paired with Kim Iliffe of Austin to easily handle Julie Chan of Gold River and Geoff Garrett of Rocklin 6-2, 6-2. Iliffe with a different partner won the mixed 10s last year.