TRUCKEE – Affordable living spaces, including single family homes, rooms, sheds, apartments, trailers and anything else deemed inhabitable in Truckee and its environs are now non-existent, leaving the area in a state of crisis affecting not only individuals, but also the region’s economy.

When one thinks about the immensity of this situation, it can be hard to digest the desperation of the countless numbers of people who are unable to satisfy one of the most basic of all human needs—a safe and affordable place to call home.

However, this phenomenon isn’t new; it’s a fact that the skids on these wheels have been in the greasing process for some time. The downward free fall is now full-blown reality, with the gap broadening between those who, for one reason or another enjoy the privilege that enough money brings, and those who find they must hand over up to half of their take-home pay, in some cases, simply to enjoy the security of a roof over their heads.

The national recommendation is that housing costs not exceed 30 percent of annual earnings, at the outside.

A report generated by the town of Truckee notes that the housing puzzle is not new and has been under scrutiny since Truckee’s incorporation 24 years ago.

Nevertheless, the status quo does not seem to be improving; in fact, now, consensus has it the crisis is genuine. Valuable time has seemingly been frittered away with no concrete solutions.

In view of this, it was clear that the time was ripe for responsible leadership—a chore assumed by the Tahoe Truckee Community Foundation, which stepped up, embarking on a long-term study of the situation, with results becoming available in summer 2016. Since then, TTCF and other stakeholders have been at work to engender consensus and create a plan of action.

In brief, the results of the poll showed:

·      55 percent of households have incomes classified as moderate or low

·      Rental rates are high, but there is little rental housing available

·      80 percent of the region’s 474 below-market housing units are in Truckee, all with waiting lists. 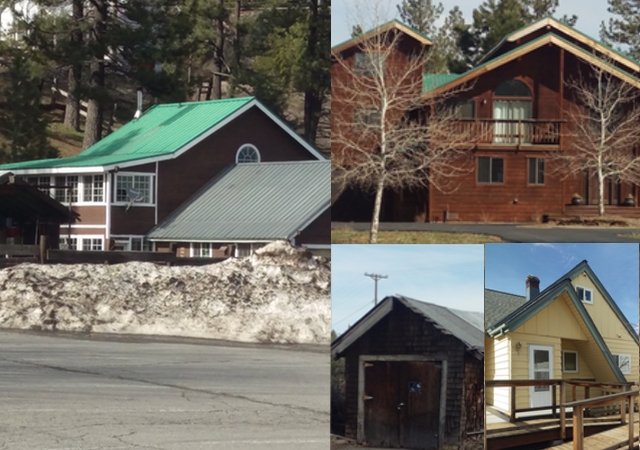 Housing in Truckee comes in a variety of sizes. Photos/Linda Fine Conaboy

Putting a face to the problem

With these facts in mind, meet Elvia Esparza, a hard-working ex-Truckee resident, who is the office manager at Family Resource Center of Truckee.

Esparza, born and raised in Truckee, and husband Jose, have three children, all of whom now commute from Reno, daily, to work and go to school in Truckee. She says the mobile home they lived in at a park in town became too small as their family grew.

“I was born and raised in Truckee and I have four brothers, one twin sister and my mom. We are all very involved in our community (Truckee),” Esparaza told Lake Tahoe News. “As our family expanded, we were running out of space so we decided to look into purchasing a home in Truckee. We applied for the first-time home buyers program. We qualified for 10 percent of the purchase price or up to $40,000. We started our house search and realized that homes under $400,000 were either way smaller than what we currently had or they were falling apart.”

After scouring Truckee for something to meet their needs, the Esparzas realized that they had to consider other options.

“My husband asked me if I would consider moving to Reno. I originally said no, but in all reality, this was going to be our only option. My husband told me that we have two options; we can stay in Truckee and get something that we will struggle to pay for and live stressed every day and not be able to do fun things with our children, or we move to Reno where we can afford a home and still have a great quality of life and enjoy activities with our kids.

“With no doubt I said yes. We sold our mobile home and purchased a home in Reno. We continue to commute to Truckee as I love this town; it is a great town to raise children in and I would love for my children to have the opportunity to be raised in this wonderful community. I hope in the future we will be able to move back.”

Although Jessica Gorton doesn’t live or work in Truckee (she works in Incline Village and lives and works her second job in Kings Beach), her story is representative of many younger people who reside in the area and are free-spirited, outdoor enthusiasts who struggle to be able to continue to live their dream in the region.

“Right now, I live in a shed. I know this probably shocks you, but it is true,” Groton told Lake Tahoe News. “And it’s still $600 a month plus a share of the utilities of the house its sits next to. The landlord converted it to a rentable room with heat and electricity, but I have to use the bathroom and kitchen in the main house, so the shed is really a bedroom.”

Groton said she was desperate, and no longer wanted to live in her car, which, she said, wasn’t so bad since she got to camp and climb four days a week and save a lot of money for “cool” trips and more climbing gear.

“This might sound like a series of unfortunate events, but to be honest, it has become a bit comical,” she said of her other housing adventures. “I now live very simply and all the things I own in Tahoe fit into a single carload. It’s OK to laugh about it. I do. Luckily, living in Tahoe is a pretty great life, so if this is the worst I deal with, I suppose I still have it pretty dang great.” 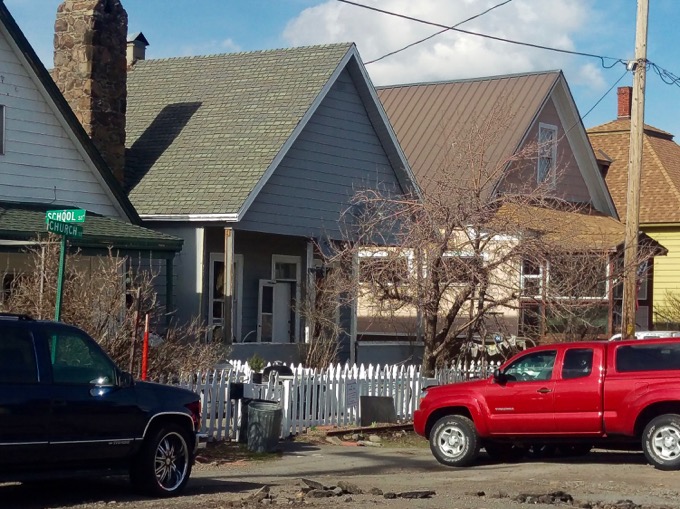 Truckee does not have enough housing, especially for the average worker. Photo/Linda Fine Conaboy

To date, there have been three public meetings in Truckee to discuss the housing crisis—one in January, another in February and a final meeting in mid-April. Lake Tahoe News attended all three, and in each meeting, to some degree, several of the same points were made and rehashed.

Tony Lashbrook, Truckee town manager, and others at these meetings have deliberated all sorts of ideas, including the merits of constructing some sort of housing on public lands, which, they said, would require voter approval. They talked about modification of fees as well as the implementation of new laws to allow second units to be built on some properties and then exempt them from some of the imposed fees.

However, to its credit, and as reported by Lashbrook, Truckee continues to address the situation. Some of the steps the town has taken or is considering include:

·      Allowed for residential units above businesses

·      Set aside $2.5 million as a housing reserve to provide housing for locals.

Lashbrook also cited some of the lessons learned as the town continues to address the housing crisis. They are, in part:

·      Truckee must be careful to maintain its small town character

·      Very few second units have been built, perhaps because of restrictions

·      Maybe fees are too high and can be modified—construction costs include almost $42,000 in building charges.

At the third and final public meeting, Lashbrook and others listened to input from various area businesses and interested parties and re-visited ideas put forth at previous gatherings.

They included modifying the impact fees with the intent to stimulate the construction of affordable housing; provide a fee amnesty program for the costs of building second units on some properties; approaching homeowners’ associations to soften restrictions on second units; create stock building plans for second units, and pay the building permit fees for new secondary living spaces.

Additionally, there was talk of restricting the number of short-term rentals or curbing the time a space can be rented on a short-term basis. Additionally, the merits of providing more incentives to homeowners to rent to locals rather than listing spare rooms on Airbnb was tossed around.

It is apparent the quest for affordable housing continues for large portions of the population, a fact that is not lost on TTCF or other stakeholders including Northstar ski resort, which recently ponied up $30,000 to help with the formation of the original Regional Housing Council and to offset the costs of the crisis.

According to Ashley Cooper, TTCF communications and grant manager, plans for the next steps will be rolled out at a meeting scheduled for this weekend. They include introduction of the Mountain Housing Council of Tahoe Truckee, the name chosen to replace the original Regional Housing Council.

Cooper told Lake Tahoe News, “Housing the people of our community is a top priority for the recently formed Mountain Housing Council of Tahoe Truckee. TTCF and other key stakeholders are committing time and resources to establishing a regional agenda to accelerate housing solutions.”

According to Cooper, the kickoff is scheduled for April 29 from 8-11am at Truckee High School and in addition to introducing the Mountain Housing Council of Tahoe Truckee’s members, the meeting represents the culmination of nearly two years of gatherings and discussions.

Reservations for the April 29 meeting are required and can be made by going online.