Here are a few facts that should give pause to anyone supporting California’s new gas tax: Caltrans is overstaffed by 3,500 people, wasting $500 million every year that could be going to roads; California diverts a billion dollars in “weight fees” into the general fund annually, which should also be paying for roads; Californians already pay some of the highest gas taxes in the country but have some of the worst roads, which points to an efficiency problem. 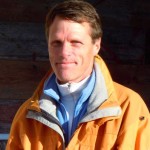 It’s plain to see that the fake funding crisis used to push the new taxes through the legislature was really a crisis of political priorities. The money is there – without the new taxes – to pay for modern, smooth roadways up and down the state.

Still, the Legislature has a default position, and that’s to pickpocket taxpayers and businesses at every turn. Hence the new tax to backfill the waste and diversions that should be paying for roads right now.

Gov. Jerry Brown, oblivious to the actual effect the bill will have on businesses and families, tried to deflect criticisms of the new tax’s cost by noting that it will set back the average family about $10 a month.

Are my rural constituents, who drive 45 minutes to get to the grocery store, supposed to be happy because of that average? Are my suburban commuters putting 80 miles a day on their cars supposed to be happy with that average? It will be meaningless to them, as they will pay hundreds of dollars more a year in gas taxes and registration fees to pay for roads that their tax dollars already could have and should have paid for.

Because of this government decision to raise gas taxes 12 cents a gallon, diesel 20 cents, and add an additional registration fee of $25-$175 on each vehicle (and that is just a partial list of the new charges), everyone in the state can expect to pay more for everything they buy, from school clothes to groceries to laptops. Not because the items are better, but because California legislators are attaching a premium to everything with their relentless search for tax dollars.

These new taxes and fees aren’t one-time charges. They go on forever under the current bill, and will start increasing, indefinitely, starting in 2020.

I want a first-class infrastructure for our state and am willing to pay for it, but not twice. That’s what this cynical bill does to our citizens. It forces them to pay a second time for roads that their tax dollars already could have built. It’s backfilling an imaginary shortfall to cover up government failure.

A state that can afford to waste tens of billions of dollars on the colossally expensive and worthless high speed rail is not a state starving for money. To California’s majority party, though, every problem looks like a deficit and every solution looks like a tax. It’s killing the middle- and lower-classes in the state.

Our state has the 48th-worst tax climate already, but this gas tax proves, yet again, that legislators can’t leave unwell enough alone.