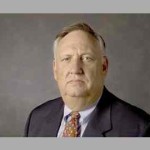 The CSBA released a report Wednesday asserting, “California is underfunding K-12 schools by as much as $42 billion per year.”

That would be an extra $7,000 per student on top of the $10,591 that Brown’s 2016-17 budget projects will be spent on each from state and local funds and push California’s per-pupil spending to one of the nation’s highest levels.