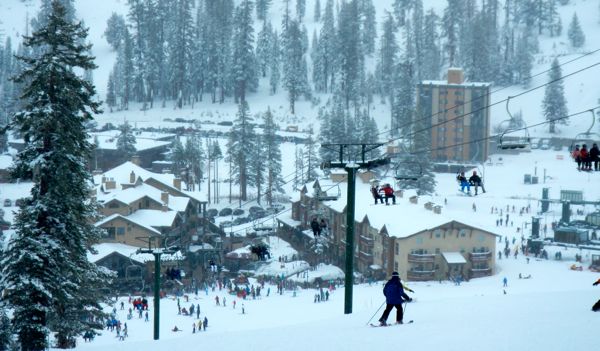 KIRKWOOD – The power of Vail Resorts has shown its light on the remote ski area straddling El Dorado and Amador counties since the Colorado ski industry giant took it over for $18 million in 2012.

Upgrades and efficiencies at Kirkwood Mountain Resort range from the K Bar, an outdoor umbrella bar in the main area with views of the mountain, to permits for backcountry tours at Thunder, Avi and Reuter bowls, to a new kiosk to pick up tickets bought online, to a sign with real-time conditions, to all the safety bars that were installed on the chairlifts in year one.

“Over the past two seasons, we have focused our investment in the areas of maintenance and infrastructure. Some of our larger projects such as the K-Bar in the village mountain plaza and the ski patrol facility atop of the Wall are both guest centric and based on operational efficiency that greatly enhances our guests’ experience when they visit Kirkwood,” Casey Blann, Kirkwood general manager, told Lake Tahoe News.

Even though Vail Resorts releases the dollar figure for improvements at other resorts, Kirkwood officials were not forthcoming with the amount invested at their resort; only saying it’s been in the millions. 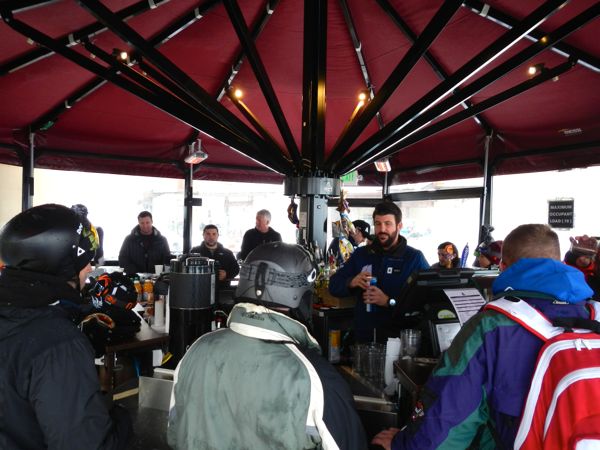 The K Bar in the plaza has views of the upper mountain.

There are also Americans with Disabilities Act improvements, cellular phone upgrades, a new roof and windows for the Red Cliffs building, and new digs for ski patrollers – big enough to house a snowcat – at the top of the Wall chairlift.

Some upgrades are more subtle than others. New flooring was added to the Kirkwood Inn located down the road next to the Nordic Center.

One of the biggest improvements became effective Nov. 1 — the Wood is now on the grid. Following a huge fire on New Year’s Day 2010 that burned its powerhouse to the ground, the separate Kirkwood Meadows Public Utility District now gets its power for its 700 residents and the resort through Pacific Gas & Electric. The upgrade resulted from $263 million of loans secured by the U.S. Department of Agriculture. Kirkwood’s power has had periods of on and off electricity issues. But that incident left the community in the dark for a few days. 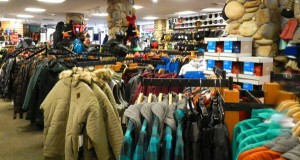 Retail offerings have been expanded.

Even with the windstorm earlier this month that knocked out power to much of South Lake Tahoe, Kirkwood had power. It went down, but within a few minutes came back up – unlike its lakeside counterpart. But it had nothing to do with being on the grid. The old diesel generators are now the resort’s backup supply.

With all this said, upgrading Kirkwood is a different experience than Heavenly, Northstar and Park City, Utah – all resorts which Vail has bought in the last decade and poured cash into in order to appeal to a more upscale crowd. Kirkwood is not Northstar, nor is it Park City – Vail’s latest conquest that just got a $50 million pledge of money for improvements. A chairlift that links the northern Utah resort to nearby Canyons, another Vail property, was announced right away.

With Kirkwood, Vail has been assessing what’s needed and what the guests want. Whether that involves what’s outlined in the current master plan on file with the U.S. Forest Service remains to be seen. 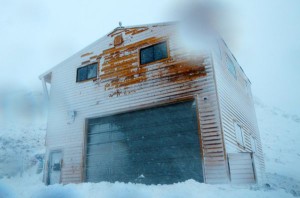 Groomers/patrollers have better quarters, which expedites getting the mountain open.

“It’s Kirkwood. They know what they got. We’re going to keep the soul. But the neat thing about being in the Vail family is they’re taking a look at things and assessing (what to do next),” said Cooper, who dropped a few of the mantras the staff is working by: “operational efficiencies” and “reimagination.”

There’s even a separate mantra thrown out for single-day lift ticket buyers – “buy online, skip the line.” The kiosk sits flush with the most commonly used lift, Cornice as in Chair 6. And “real time” is used to describe the new sign next to it so guests can plan their day accordingly.

Efficiencies were also enhanced. One of them involved the new 2,048-square-foot “hut” on top of Chair 10, aka the Wall. The new one replaced the old structure that nearly tipped over in one of Kirkwood’s notorious windstorms. Now groomers starting their day at 6am can have the mountain from Palisades to Eagle Bowl ready by 9:40am.

Still, Cooper emphasized how Vail is dedicated to maintaining the undaunted character of the resort. Kirkwood is known for deep snow and expansive terrain with a hint of mountain funk that many old-timers want to see kept intact.

With his father-in-law Dick Reuter being one of the founders more than four decades ago, Cooper knows what that personality looks like. He even mentioned the bar and restaurant located across the street from the resort going back to the original name when Reuter frequented the place. It’s the Cornice Grill again. 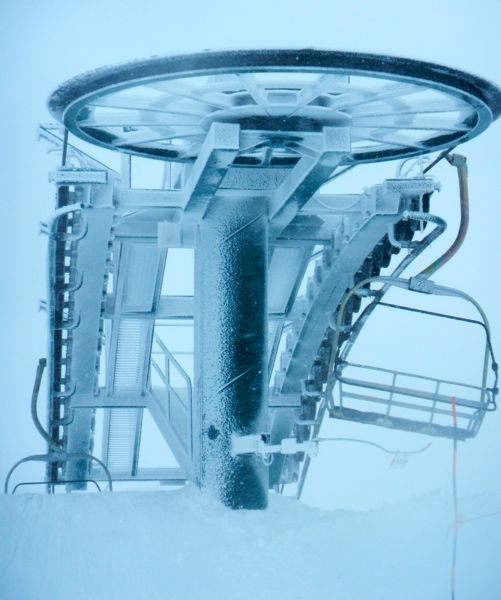 It’s often frosty at the Wood.

Kirkwood may mean deep snow and challenging terrain to many. It’s also a place for families to get away.

“Kirkwood is everything. We do have diverse terrain. It’s not just America’s deepest snow. We would alienate a lot of people that way,” Cooper said, referring to the Timber Creek beginning area set aside from the rest of the mountain.

A family of 21 people assembled at Kirkwood one recent Saturday seeking that special Kirkwood experience.

“We came here for one thing – to get our butts whipped,” said Alex Simon, who learned to ski 15 years ago at Kirkwood at age 6 and never forgot the feeling. As a self-identified intermediate skier, the Jupiter, Fla., resident insists Vail keep Kirkwood’s character. “We like just that rustic mountain vibe and that everyone’s friendly,” she said, while taking a break in the new K Bar.

The bar, which can collapse its umbrella with a push of a button and keep its windows erect, sits in the village on top of where the chiller that froze the skating rink once was located. Her father, Ron Simon, agreed about the need to keep Kirkwood, Kirkwood.

“No (big) changes (to the character) are why we keep coming back. We’ve been coming here as a family since the ’70s. It’s all about the skiing,” Simon said, while walking up to the bar table. The bar was picking up about 11am during a snowstorm with skiers and boarders seeking refuge and libations. 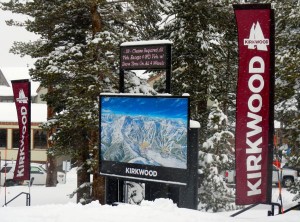 Signs alert riders to what is open.

“If Kirkwood becomes another Northstar, I’m not coming,” Charles Christolini of San Francisco said, making his preferences known at the bottom of the Cornice Express. Christolini comes up about every week in the winter and has no desire to get Champagne served at 3pm like Northstar’s offering.

“We expected Kirkwood would be modernized. But Kirkwood needs to be about the mountain. People come here to ski first. It’s not about the après,” he said.

Christolini has noticed his favorite resort is more crowded with the coordinated Epic Vail pass that connects the Colorado, Utah and California resorts on one, as well as the pass for the three California resorts. Still, the buzz heard most often from the diehards is of accepting Vail’s piecemeal improvements that maintain the integrity of this resort known for its terrain, snow base and counterculture.

Previous post : Editorial: Repeal of life sentences for minors should be retroactive Next_post : Study: Yoga may guard against heart disease