California’s state parks face an uncertain future if the Parks Forward Commission, Gov. Jerry Brown and the Legislature focus primarily on the financial, infrastructure and management woes of lands held in the public trust. Instead, they should equally resolve to protect the natural resources that are the essence and the foundation of our parks system. As well, the Parks Department could – and should – lead initiatives to address climate change, water conservation and renewable energy sources.

Early commission statements and persistent Parks Department actions do not demonstrate the will or intent to tackle these challenges. 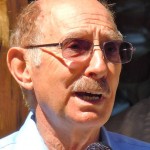 A particular example of State Parks’ obstinacy – dating from the previous scandal-plagued administration – is a Tahoe project that contravenes legislatively enacted parkland protection, betrays natural resource preservation and snubs the problems of climate change. The case in point is the proposal to expand up to nine holes of a golf course into Washoe Meadows State Park near South Lake Tahoe. This incursion is possible only because of an unprecedented move – pushed by the Parks Department for 2011 Parks Commission approval – to downgrade Washoe Meadows’ state park status.

I was among the scientists in 1972 who opposed development to this sensitive riparian area along the Upper Truckee River. Lawsuits ensued until 1984, when the state purchased the land and assigned some 600 acres to State Parks to protect the “rare and irreplaceable natural resources” of what became Washoe Meadows State Park. But State Parks has now betrayed that protection with its golf course proposal, presented under the guise of river restoration and Lake Tahoe clarity.

My 1972 opinion is substantially unchanged, and all aspects of my original testimony still apply: This parkland must be protected for its significant environmental values and its link to all of the Tahoe basin.

It is extremely important to minimize fertilizer use in the Tahoe basin, especially where irrigation is involved. The proposed project imperils lake clarity due to the serious potential of fertilizer input from the golf course. Our 1972 concerns included the park’s high water table, since added irrigation water increases the risk of surfeit nutrient percolation into the groundwater and then into the river. Despite contemporary golf course maintenance promises, the threats remain of surface and subsurface transport of fertilizer nutrients to the lake’s largest tributary.

Adding to the problem, the topography of the proposed golf course, with greens in the uphill forest as well as in the floodplain and stream environmental zone, provides a system in which the normal hydrological force of gravity will press fertilizers toward the river and then to the lake.

Since my 1972 comments, Lake Tahoe has changed from a nitrogen-limited system to a highly phosphorus-limited system. While phosphorus is now the nutrient limiting factor, both elements are detrimental to the lake since they are the driving force for algal growth that accelerates the decline in water quality and contributes to deep water oxygen depletion.

Sediment is a major concern since it reduces transparency. Because the proposed golf course construction requires an extreme amount of soil disturbance, State Parks’ environmental report noted a risk of increased sedimentation reaching the lake for up to seven years.

My colleague Jerry Qualls at UNR expresses alarm about the course’s impact on Washoe Meadows’ world-renowned fens – expansive peat-forming wetlands some 10,000 years old – that depend on mineral-rich groundwater. He and I concur that State Parks lacks detailed mapping and awareness of the park’s underground hydrology. Extensive construction, excavation and expected irrigation demands could destroy the fragile wetlands that enhance air and water quality throughout the basin.

As a limnologist and president of the World Water and Climate Network, I lecture on climate change’s effects on global lakes and rivers. The proposed golf course represents a poor climate-change-related choice for many reasons: the use of irrigation water while precipitation declines; the potential increase in river water temperature as irrigation water is taken from the river; and the removal of carbon-dioxide-absorbing trees.

The state’s environmental report in support of the golf course equivocates on the climate change issue, saying that the project’s cumulative effects are “too speculative for a meaningful significant conclusion.” This approach trivializes the issue, and further study is warranted.

Climate change can never again be ignored in any serious environmental document. State Parks should now address the already obvious need to adapt any and all projects to climate change. It should be addressed through analysis that meets rigorous scientific standards rather than political or fiscal expediency.

State Parks and the park commission should reconsider the project that would decimate the heart of Washoe Meadows and affect the Tahoe basin. They must expand their overall vision for California’s state parks. The need to adapt to climate change, to address water supply and quality issues and to initiate renewable energy projects must become central to their stewardship of our publicly held natural resources.

Charles Goldman is a retired professor from the UC Davis department of environmental science and policy.  Goldman is the president of the World Water and Climate Foundation.