Squaw Valley wasn’t always a world-class ski resort. Like most, it had humble beginnings. 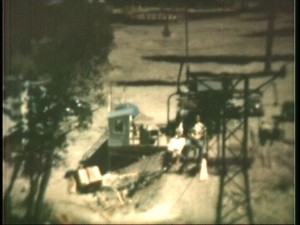 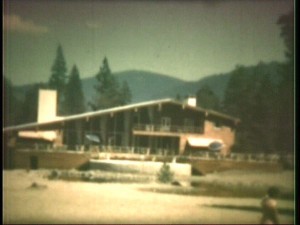 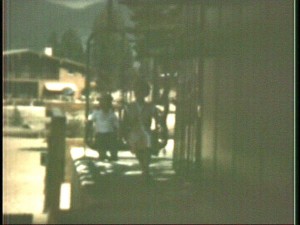 Somewhat blurry frames from my ancient home movies (before Super-8) filmed about 1950-52 show what the resort was like back then. Also pictured, at left, are me and my sister getting off the chairlift.

In the early 1950s there was the single original chairlift based at the original Squaw Valley Lodge main building. That main building burned down in 1956.

According to the San Mateo Times dated Aug. 30, 1956, “The main building housed the dining room, lobby, bar and shops. … It was destroyed in less than an hour. A truck from the Tahoe City Fire Department, nine miles away, was the first to arrive at the scene. … Other fire trucks from nearby Truckee, Kings Beach and Forest Service firefighting stations arrived a short time later. They pumped water from the lodge’s swimming pool to prevent surrounding buildings from burning.”

The aerial tram was constructed in 1967. 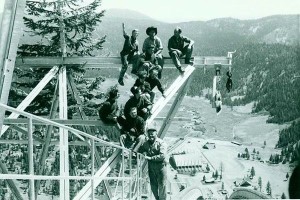 The tram being built in the 1960s. Photo/Squaw Valley Ski Resort 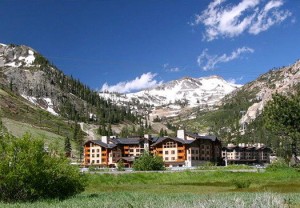 Squaw Valley village looking toward the mountains. (The opposite view of photo 2.)
Photo/Bill Kingman

Squaw Village is looking to expand its current village.