CARSON CITY — Taking a lead from one of his top skiers, Terry Orr is returning to the Winter Olympics in Vancouver, British Columbia, in February — for what he says will be the last time in this particular role.

A legend of sorts to Lake Tahoe competitive and amateur athletes, the orthopedist who specializes in arthroscopic surgery and ligament reconstruction for Barton Health Care’s Tahoe Fracture and Orthopedic Medical Clinic will serve the more than 200 athletes of the U.S. Ski Team as one of 47 medical professionals for the third time. 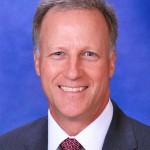 The first was in Torino, Italy, and the second in Park City, Utah. He’ll head the medical care at Whistler Blackcomb Ski Resort for the men’s Alpine downhill racing team.

He is hoping to only see Daron Rahlves on the slopes, not a surgical table.

Rahlves called Orr a “calming” force on the mountain when he’s competing.

“He’s treated me for a long time. And if I did go through a traumatic injury, it’s good to know I have him there by my side,” he told Lake Tahoe News. “With my security — I usually don’t think about my that, but it’s comforting to know I’m in the best hands.”

Lake Tahoe’s Rahlves is the most decorated U.S. downhill and super giant slalom skier. After retiring from that discipline in 2006, Rahlves returns to the Winter Games to negotiate the intense skiercross track set on Cypress Mountain outside Whistler.

Orr said he’s looking forward to the upcoming Olympic Games. He’ll not only run the men’s Alpine downhill care, he’ll assist 119 other doctors selected by the U.S. Olympic Committee to provide coverage for other events. This commitment includes training runs.

Orr believes the downhill courses on Whistler may prove stimulating.

“It’s a windy course, and fast — not one you can see from top to bottom,” he told Lake Tahoe News during an interview at his Carson City office one week before the U.S. Olympic Committee announced his joining the team.

Like the athletes, Orr takes the competition and responsibility seriously. Medical care for ski racing has come a long way since the early days of doctors showing up with their own supplies.

In recent years, a medical clinic has been established at the Winter Olympics.

New to the Games are trauma packs that provide a centralized place for medical tools and equipment. Contents range from bandages to chest tubes. A physician education program requires instruction in medical care and involves lectures and field runs for on-the-hill triage. A complete Advanced Trauma Life Support system is put in place to help the doctors recognize certain injuries.

But aversion to injury is the name of the game for the U.S. Ski Team — with structure serving as the common denominator in keeping the athletes competitive and healthy.

But even with the best training and fitness, no one close to the action when a racer goes hurtling down a slippery slope at 50mph can possibly account for everything that may happen. Some incidents are stranger than others.

Orr recalled going to surgery in Torino for a skeleton competitor who had dislocated his spine. Still, his nervous system remained intact. He didn’t perform the surgery because spines are not his specialty, so he consulted with Lake Tahoe spinal specialist Mike Fry while an Italian team handled the operation.

Orr said athletes can be benched with a significant knee problem or head injury, requiring neurological tests. There are times athletes who train their whole lives may find it difficult to sit out a particular competition. But others want to do the right thing.

He pointed to an athlete who experienced a tear of a tendon that may have sidelined the average person for six weeks. The athlete was back out on the hill in three days.

“Sometimes they just need reassurance that they’re structurally fine and (the injury) is more of a bruise. The real decision is can they compete. We try to give as much leeway as possible,” he said.

It appears the U.S. Olympic Committee would agree.

“We feel that our medical professionals for the U.S. Team are the best in the world in what they do,” USOC Chief of Sport Performance Mike English said in a statement.

Publisher’s note: On Jan. 27, read about how Lake Tahoe wants to host the Olympics in 2022.