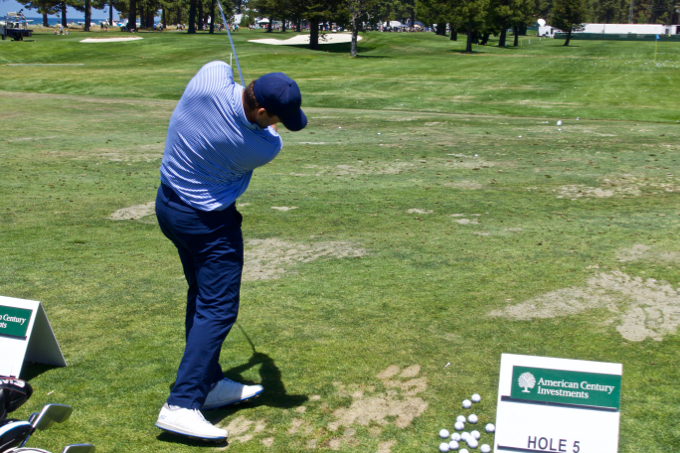 Tony Romo at the driving range before the 2018 ACC tournament. Photo/Kathryn Reed

This is the first time for Romo, who has played in the celebrity golf tournament five times, to win the event. He had finished second three times.

The Tahoe tourney uses the Stableford scoring format. Romo finished with 71 points, while former Cardinals pitcher Mark Mulder was second with 68. Mulder was the champion for the last three years.

Romo declined the $125,000 first prize check so he could retain his amateur status. The money will be donated to the tournament’s charities. He will be attempting to qualify for the U.S. Amateur on Monday at Mascoutin Golf Club in Berlin, Wis.