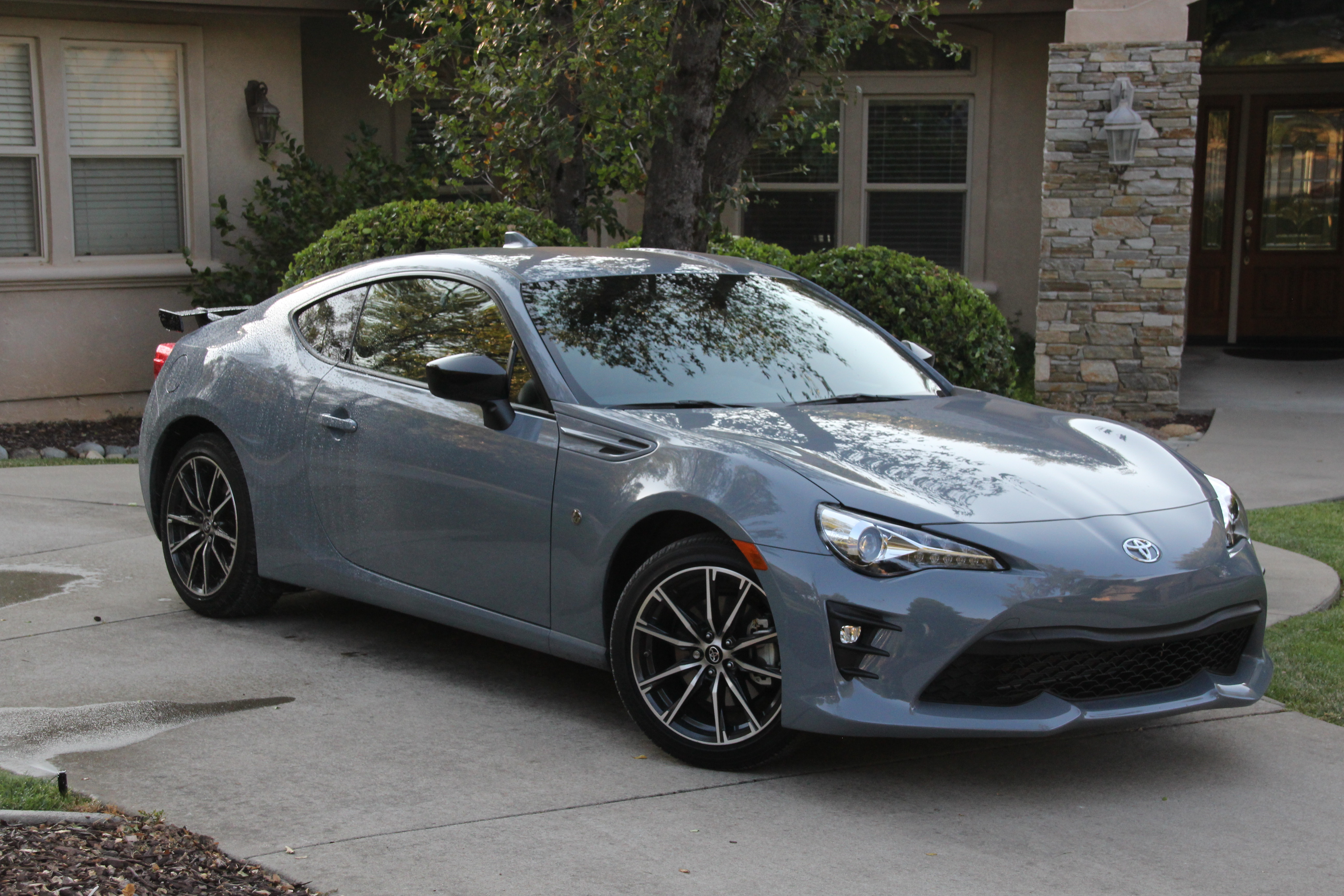 Still in its first generation and a joint project of Subaru and Toyota, Toyota 86, which was initially identified as a Scion FR-S front engine), rear drive, sports, has been with us for five years either as a Scion FRS, Subie BRZ and now Toyota 86 since Toyota folded the Scion tent into Toyota.

Since its intro in 2012 not much has changed, except for squeezing out five more hp and pounds of twist. Sales have remained fairly constant with 2013 year bring home the bacon at over 18,000 units now sliding downward to a 2017 total of slightly less than 7,000 units. These are Toyota numbers only.

Those numbers are understandable at the “86” (named after the rear wheel drive Toyota AE86) is a bona fide sports car in the truest sense of the definition. This is not a take your granny to church on Sunday type of car unless your granny is the “Little old lady from Pasadena” made famous by Jan and Dean. This is a car for strafing the corners, any corners, tights, sweepers, off camber, up hill or downhill, it doesn’t matter, 86 begs for changes in direction. And with MacPherson strut up front and a trick double wishbone set up in the rear plus super quick 2.48 turns lock to lock EPS rack steering it has all the creds. My 86 had gorgeous 17 x 7 inch alloys shod with 215/45 rubber.

Motive force is by a Subie designed 2.0L flat DOHC, 16 valve square four (not an Ariel, square in bore and stroke dimensions) that now makes 205 hp at 7,000 rpm and torque peaks at 156 pounds at 6,400 rpm. The longitudinally mounted front engine drives the rear wheels via a six-speed manual or auto cog-swapper, with the manny having shorter gearing. My tester was the bicep/triceps enriching version.

Performance is right where most of the buffs found it with 0-60 mph arriving in 6.79 seconds and passing times supporting that number with a 50-70 mph third gear pass arriving in 3.92 and up a six-seven percent grade slowing things down to 5.67 seconds. These numbers are virtually identical to the numbers I achieved three years ago (6.81, 3.82 and 5.79 seconds). 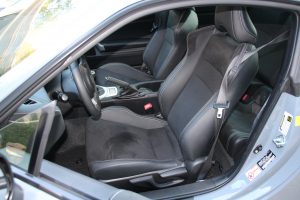 While most 86 buyers could care less about fuel economy, especially since many 86er’s also love drifting like the original 86, its actually remarkably good even with an engine that spins 3,200 rpm at 70 mph. EPA says expect 21/28/24 mpg city/highway/combined fuel economy, but my tester averaged 39.1 at a steady 70 mph on a level highway. In a 350-mile round trip to San Jose and through the Delta in moderate to heavy traffic at times averaged 34.1 mpg. Overall for 500 miles of trashing the 86 averaged better than 32 mpg. The auto cog-swapper with much taller gearing has EPA numbers of 24/32/27 mpg and should also do way better. Fuel capacity is listed at 13.2 gallons, but I am not sure most humans will last a full tank drain in one sitting, certainly not rear seaters, if one could even get in the back seat, never mind extricate oneself from it.

Toyota 86 flat out handles. Water through a hose, unless you want to get the rear end out with some throttle and drift your way around corners wearing out a set of rear tires in a week. 86 will do it.

Ride quality of the other hand is smooth on smooth roads. It is stiff and transmitting on lesser roads. Not quite jarring but as to a long trip it still can be a bit less than pleasant as the noise will drowned out the quality of the sound system. While there is no wind noise, you couldn’t hear it anyway over the tires and engine. Did I mention it sounds a bit like an old “Vdub?” Remember they were both powered by flat fours.

86 comes with Star Safety Sense which is your basics like ABS, vehicle dynamics control (defeatable) and your other basic acronyms. But don’t be looking for lane keep assist or departure warning, you won’t find them. Headlights are very good and large four wheel ventilated (front and rear) are super strong, anticipating your times at the track.

Inside are comfortable front chairs, but to call this a two plus two is a miscalculation, it’s more like two plus two quarters. Perhaps rear seating is a model for new a new sardine packaging system. This ride is just 167 inches long on a 101-inch wheelbase and just 77 cubic feet of passenger volume.

Instrumentation is excellent with a digital speedo contained in the center tach. The smaller analog speedo to the left is superfluous and hard to read anyway. The sound system is way too complicated.

Pricing is reasonable as my no optioned 86 GT Monroney totaled $29,280, including $805 for the boat from Ota, Japan. If you like changing directions, the 86 can do it better, quicker and slicker than any politician.