The unbelievable devastation wrought by the Northern California fires of 2017 has given way to an inspiring rebirth. Santa Rosa, ground zero for the damage, is alive with the sound of skill saws and the constant rapping of hammers, as homeowners – by the thousands – rebuild their lives and homes.

Those fires are mercifully out, but their effects will be far reaching and spread across the entire state. In their aftermath, another set of problems is smoldering in Sacramento, challenging utility ratepayers, the insured, and taxpayers for years to come. 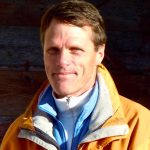 The Legislature has established a committee to look at a bill offering solutions to our wildfire problem and the costs and liabilities for fire damages. That sounds good until you remember this is the same Legislature that didn’t invest in adequate forest management, even as the state’s general fund grew by tens of billions of dollars in the past six years. That sounds good until you remember that this legislature is fixated on plastic straw banning and a thousand other trivialities. That sounds good until you remember that Gov. Jerry Brown, who will ultimately sign any committee-generated legislation, is more concerned with preventing 0.0001 degree fluctuations in global temperature 100 years from now and European popularity than he is with the actual pressing issues affecting Californians.

With that in mind, here’s one easy prediction from the committee: Your costs are going up.

You will pay, one way or another. Your electricity rates – already about 60-percent higher than the rest of the nation – will go up, as the state lets the utility responsible for the fires pass costs along to you.

Your insurance rates – already skyrocketing for rural homeowners looking for fire hazard insurance – will shoot even higher to cover increased costs pushed on them by the state.

Your taxes, already the highest in the nation, will only push higher as the committee and Governor decide that what has really been fueling our fire epidemic is taxpayers keeping too much of their money. Look for some surcharge or other way to milk taxpayers as a “solution” to California wildfires. Maybe even a reintroduction and expansion of the illegal fire tax that was supposed to help with wildfires in the first place (how did that work out?).

In California, every problem is an opportunity to put more fees, charges, and other costs on the backs of the people working harder than ever but falling farther behind.

This state took in billions of extra, unanticipated revenue this year alone. Gov. Brown has an obsession with the high-speed rail, which will burn billions of taxpayer dollars in perpetuity. That’s real money that could do good if it isn’t wasted by irresponsible Sacramento politicians.  So here’s a novel idea: Put our existing resources where they will actually count.

Instead of high-speed rail, how about high-speed public safety? Gov. Brown and the committee members should commit to providing CalFire every resource it needs to quickly implement the California Fire Plan, a ready-to-go, comprehensive roadmap to slashing California’s fire risk for fall of 2018. This plan shows that CalFire already knows what to do, it just doesn’t have the resources to do it. This project should be paid for with existing money, to protect every Californian from the infernos that too-often wreck property and steal lives.

We will never stop lightning strikes and sparks, and every hot, dry area with trees will have fires. But we can do a far better job than we have done at managing our forests and cutting down risks, all without burning taxpayers and ratepayers in the process. Let’s hope Gov. Brown and the committee members agree.