During his criminal trial, Ray Nutting was described by his lawyer as a “bumbling woodsman.” On June 5 this “bumbling woodsman” who is already politicking for the El Dorado County District 2 Board of Supervisors seat in 2020, was badly defeated at the polls although he was not specifically running for any office in that election.

The seat (District 2 Board of Supervisors) which he is now running for is a seat he once held, but because of his 2014 criminal trial and conviction he was removed from office by Judge Timothy Buckley. 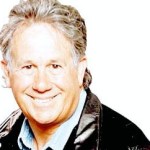 In the recent June 5 election, Nutting, the “bumbling woodsman,” supported the candidacy of Dan Dellinger who was running for county recorder and Mike Owen who ran for auditor/controller. The “bumbling woodsman” heavily supported and advised both candidates, handing out flyers at Walmart, putting up campaign signs and contributed hundreds of dollars directly to each campaign, according to official election records. Dellinger in spite of spending over $27,000 through April 22, 2018, lost big in a three-way race; garnering just 22 percent of the vote. The other two candidates, neither of who had a political machine, split the other 78 percent of the vote and will face each other in a runoff.

The “bumbling woodsman” support of Dellinger was an attempt by Nutting to “take over” the county by putting his men in place, people who would be compliant to him. The bumbling woodsman already failed twice before in the 2014 election when he was behind the horribly failed candidacy of Judson Henry who for a short time ran for district attorney (in an attempt to get back at the district attorney who Nutting mistakenly thought prosecuted him) before dropping out of the race because of discrepancies about residence. For El Dorado County residency Henry used the address of a Nutting confederate, Cris Alarcon, qualifications and other issues. The other loss for the “bumbling woodsman” was the Mike Owen campaign for auditor/controller.

Dellinger is a candidate with a checkered past involving the Pioneer Fire Protection District among other things in which the “bumbling woodsman” also had a hand in by pressuring the Pioneer Fire board to hire Dellinger to campaign for them in an attempt to raise tax money within their district. In a later civil trial which Dellinger lost over whether Dellinger accepted taxpayer money for campaign purposes, a witness who was the former head of the Pioneer Fire Protection District testified that it was Nutting, the “bumbling woodsman,” who suggested Dellinger as a consultant. It was “Ray’s way of saying if we wanted support,” they would hire Dellinger.

But the “bumbling woodsman” is now planning a comeback of sorts. There is little doubt he is positioning himself to reacquire the District 2 supervisorial seat he was removed from at the end of his criminal trial. The “bumbling woodsman” blames his fall from grace because of the county auditor and the district attorney. However, Pete Williams of the California Attorney General’s Office was the lead prosecutor as the district attorney wanted to remove any appearance of a conflict of interest from the trial, a concept Nutting ignores and/or doesn’t understand.

The “bumbling woodsman” claims to be a conservative “straight shooter,” but underneath this façade is another more devious individual, who presents himself as folksy simpleton. He appears at Tea Party meetings eschewing big government and handouts, acting as an anti-tax individual. There is no question the “bumbling woodsman” has a following, perhaps blinded by the façade.

But the “bumbling woodsman” loves government largess, promotes it and then pounces on it. It’s what got him in the trouble that eventually led to his criminal trial and downfall.

One of the powers of a supervisor is the ability to fund programs, one of which was Proposition 40 Fuel Management Reduction program. It funds grants to pay private land owners to assist them in clearing their land. But according to a report by CBS Sacramento Channel 13, the “bumbling woodsman” applied for and received grant money, some $70,000, to clear his own land, reported to be some 660 acres. But Nutting didn’t hire anyone, he hired himself. Invoices were not from a third party, but were done by Nutting himself, billing himself out with no verification of time. Doing a record search allowed me to see the invoices. One county official called them bogus. Nutting attempted to make them look like a third party with a paper dime store invoice you get at a flea market saying “Sold to Tom Nutting” 150 hours at $65/hour signed by Ray Nutting. Sixty-five dollars an hour? Where do I sign up? In another invoice from Nutting Brush Clearing using his address lists the purchaser of services as Ray Nutting using the same address and then is signed by Ray Nutting. He picked his own hourly rates and charges per acre. And the taxpayers ended up paying the “bumbling woodsman” $70,000 for doing his own yardwork.

In another Nutting scheme, Nutting tried to get the county to get the federal government to pay himself rent on his property so he could rent it with the government paying the rent for a tenant. During his term in office he badgered our own Health and Human Services officials to obtain it, refusing their explanation it would be illegal. The department head finally told the “bumbling woodsman” to stop his actions and badgering. The “bumbling woodsman” attempted to use government programs to the max, hardly a Tea Party type of guy.

The “bumbling woodsman” appears to be more like a “bumbling schemer” of government money using his influence from his elected position to obtain government funds and being so obvious about it.

Even during his criminal trial, his “expert witness” a registered forester testified one-way implicating Nutting in his crimes at the grand jury level and then changed his testimony 180 degrees during trial. The judge who had read the grand jury testimony stopped the witness cold, dismissed the jury, told them to disregard everything Nutting’s witness said, then advised the witness he may have committed perjury and assigned him a lawyer. After consultation with his appointed lawyer at taxpayer expense (what does Nutting care?) Nutting’s registered forester took the Fifth Amendment and refused to testify further.