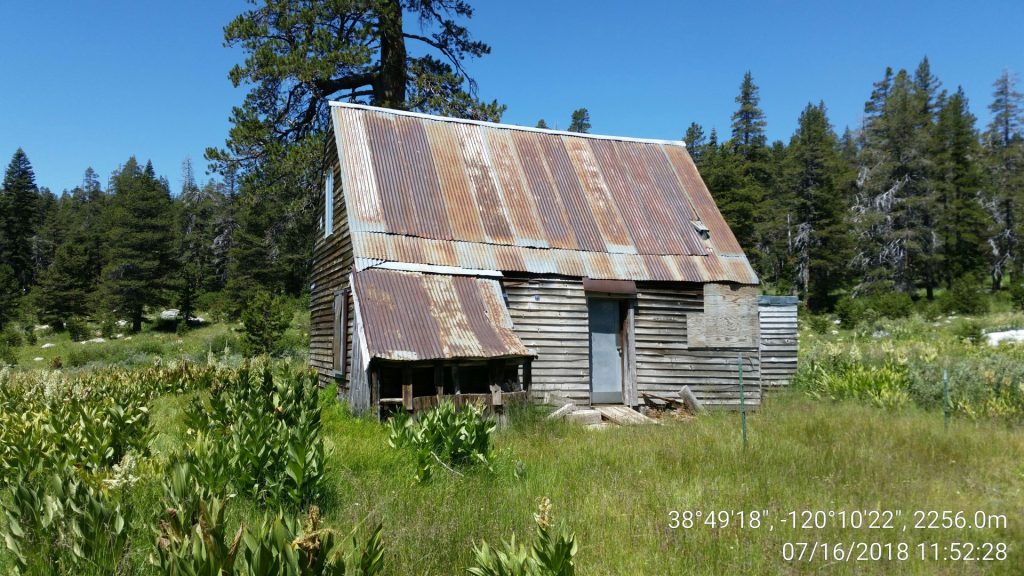 Old buildings are the reward at the end of the 4.5-mile trek. Photo/Bob Sweatt

After reading a recent article about the Forni Meadows land acquisition from private ownership to the U.S. Forest Service, I, along with a couple friends, decided to check it out. The transfer of ownership included 835 acres nestled above Highway 50 off Wright’s Lake road.

The Forni family used the meadow for cattle grazing during the summer months. There are still remnants of the cattle ranch along with four small cabins standing, one of which is supposed to have been built in 1862. Although all these cabins looked the same and it is hard to see how one of them would survive so many hard winters, I will go with the information that was published. It is also possible that the original cabin is in another location, but most all of the meadow is visible. The article did say there were buildings as well as two barns; I didn’t see any barns, only four small buildings. 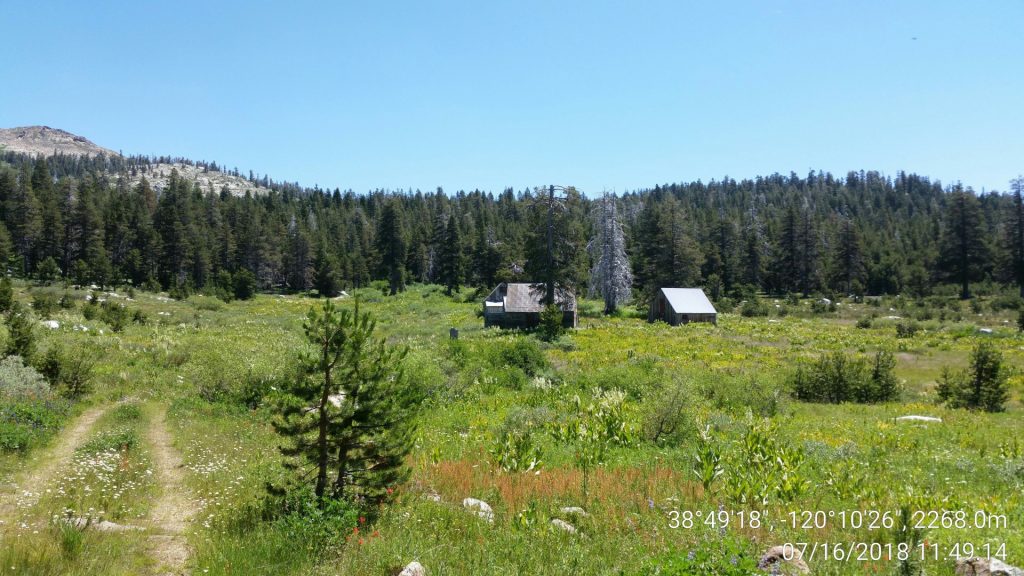 The Eldorado National Forest took possession of the land this month. Photo/Bob Sweatt

Finding the road to start the trek was relatively easy. I simply went to Google earth, found the Meadows (upper and lower) and went back to Wright’s lake road where an old road split off at the top of the grade going up Wright’s lake road. This is approximately 25 miles from the Y in South Lake Tahoe. It is FS Road 11N28Y.

The road up to the meadows is a typical mountain road, with lots of ruts and debris. By the way, you will only be able to go about 0.3 miles before running into a gate, so you might as well park on Wrights Lake since there is a marker there saying no motorized vehicles.

We elected to take our bikes and ride the 4.5-mile trek. The grade is a little steep at first with a lot of sand, so take it easy. Toward the top, about 1.5 miles from the meadow, the road levels out and is much easier. Along the way you will be treated to wildflowers and views of meadows and mountains. The elevation at the meadow is 7,560 feet, so the flowers were still pretty good, however a trek two weeks earlier would have been much better for the flower display. 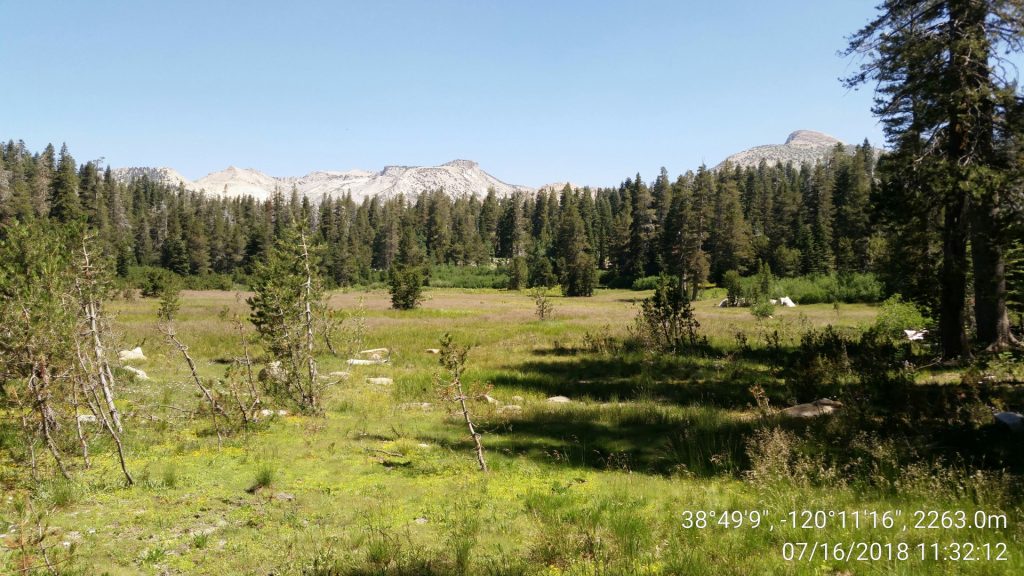 Views are delightful for most of the way. Photo/Bob Sweatt

There is one little spring that runs across the road when you get to the meadow. On the way out I was pleasantly surprised to see something jump in front of me which had a lot of yellow. At first I thought it was a salamander, but after finding it, it turned out to be a frog. Hmm, I wondered, could this be the endangered Sierra Nevada yellow-legged frog which is supposed to reside here? Well, when I got home I sent a pic to a friend who did identify it as the rare little fella. What a way to exit the meadows.

Another treat was running into a covey of quail on the way up which had to include, I’m thinking two dozen little chicks. These guys were small enough that they had recently hatched. Mom and dad were not very happy with us, and kept very close to us to make sure we didn’t get any closer.