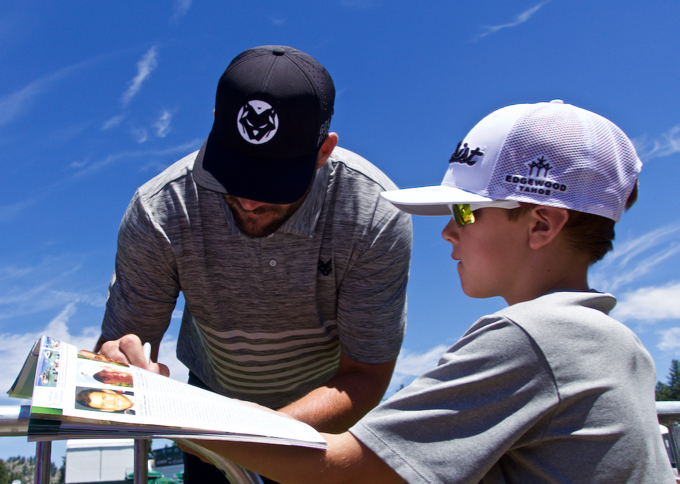 STATELINE – Steph Curry wields a golf club better than the average player, but what he excels at over most is performing at a high caliber in the raucous atmosphere known at the American Century Championship.

He said playing professional basketball in boisterous arenas, especially on the road where there are thousands of people booing him has helped train him to stay focused on the job at hand. The Golden State Warriors’ star said he thrives in an electric setting like the Tahoe celebrity golf tournament.

Things are much different for Curry compared to when he first showed up at this tournament in 2010. Then the Warriors weren’t much to brag about and Curry was far from a household name. Now the Warriors hold claim to being the NBA champions three out of the last four years and Curry is easily the most heralded athlete in the Bay Area, with a following that extends to Tahoe and beyond. 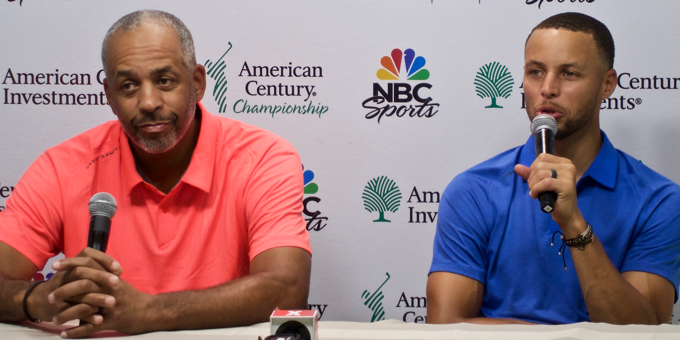 Curry is in town this week on a quest to do better than his fourth-place finish in 2017. The three-day tournament, now in its 29th year, starts today. For the past few days there were practice rounds and a pro-am at Edgewood Tahoe in Stateline.

For the McClelland family of Fresno they have been coming here for a handful of years just for this tournament.

Nicholas, 10, was doing his best to gather as many signatures as possible. Curry, though, is his favorite.

Three years ago the youngster called out to “Mr. Curry,” and was then called onto the course by his idol and given an autographed dollar bill.

For dad Jeff he was pretty excited that year to have Curry pose with all three of his sons. “That was pretty special,” the elder McClelland told Lake Tahoe News. 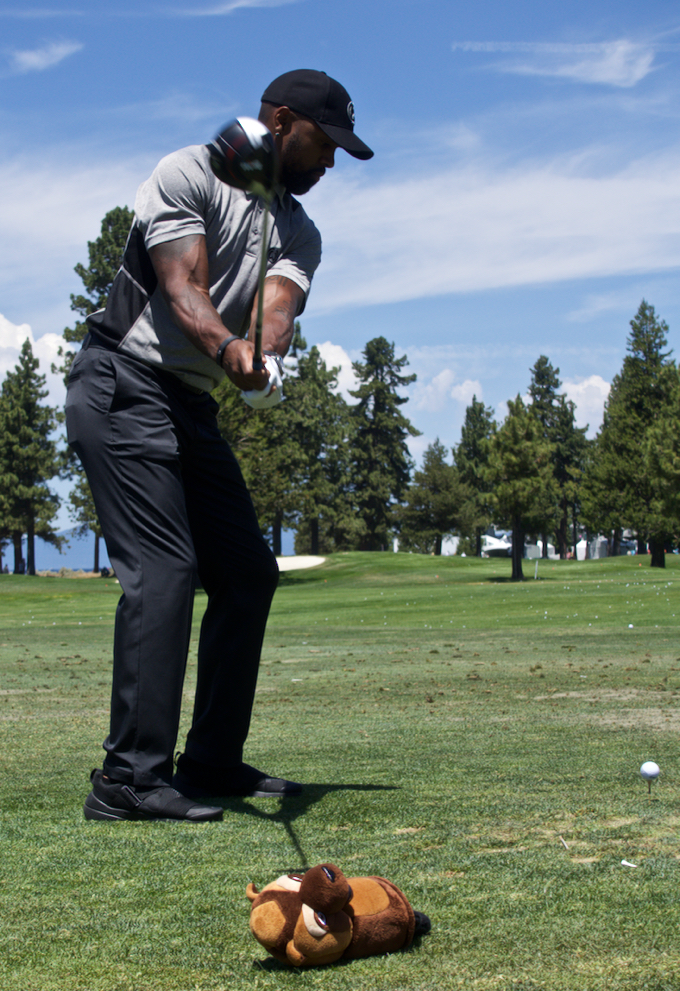 Autograph seeking is a big part of what enthralls fans.

Chris Webber, who had two short stints with the Warriors but who is better known for his playing days with the Sacramento Kings, was darting from the driving range area to the putting green on July 12 when fans tried to sidetrack him. He signed a few autographs before saying he’d be back and get to everyone.

Most of the 80-plus athletes, Hollywood stars, and other celebrities at the tournament are good about accommodating their fans as much as possible. 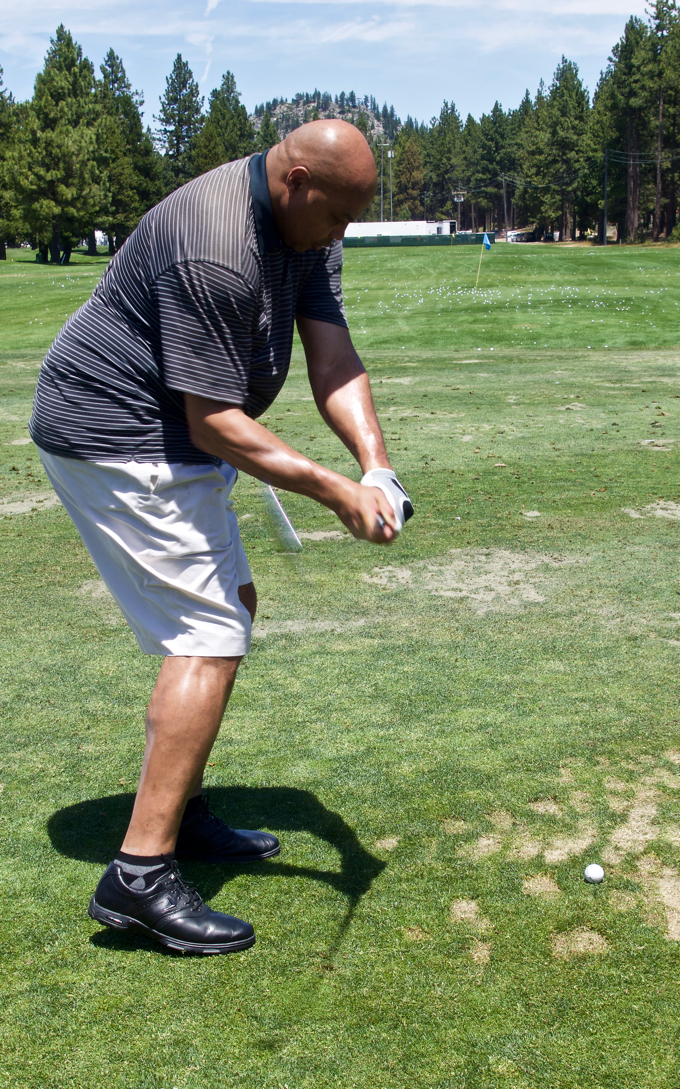 Only a few are serious golfers, like former quarterback Tony Romo, who with former pitcher Mark Mulder are favored to win the event. Mulder has won the ACC the last three years.

At the driving range on Thursday Romo was one of the more serious athletes. Not far from him though was the antithesis — Charles Barkley. Oddsmakers give this former basketball great 6,000-to-1 odds to win this year.

Barkley was telling his caddy he needed 18 balls for Thursday’s round. He didn’t appear to be joking.

·      For details about the tournament, go online.