After much legal wrangling, Cody Bass is the official owner of the center that houses his Tahoe Wellness Cooperative in South Lake Tahoe.

The paperwork was recorded July 9. 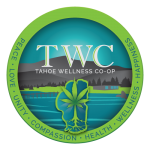 Still to be determined is who will own the house that was once the home of pioneer family Neal and Patty Olson. Patty Olson moved from the residence near Timber Cove a few years ago, with the family trust still retaining title.

Bass and Bob Hassett are battling over that parcel in court. Hassett has long operated the nearby marina operations and owns an apartment complex in the vicinity.

“As much as I would like to comment, due to ongoing litigation, I cannot,” Bob Hassett told Lake Tahoe News.

Bass said Hassett “colluded” with Olson’s son in a deal to get the residence. Patrick Olson has at various times been in charge of his mother’s estate, with many of the belief this was to her detriment. Bass believes he will prevail because he had an option to purchase the residential property eight months prior to Hassett’s offer.

Olson had long owned the property where TWC is located. It ended up in bankruptcy a few years ago, which kept it from being foreclosed on. Bass had wanted the property in order to have more control over the future of his medical marijuana business and to be able to expand.

“Such a sale would not impact Cody’s lawsuit against the city. The lawsuit challenges the decision of the City Council to uphold the prior city manager’s determination not to renew his dispensary permit. In making its decision, the court will only consider evidence that was before the council at the time the council made its decision,” interim South Lake Tahoe City Attorney Nira Doherty told Lake Tahoe News. “Therefore, if escrow indeed closed … that evidence would not be something the court would consider when deciding whether or not the City Council and prior city manager abused their discretion.”

Bass said he sued the city after being denied a permit to operate his collective. The city says he didn’t have a signature from Olson, the landlord, to be there. He said he did. The court has allowed him to continue to operate as the proceedings keep going.

Doherty said the last hearing was two weeks ago and that she expects a ruling within two to six weeks. Bass said there is a status conference scheduled for this Friday, and said it could be quite a while before there is resolution within the courts.

Bass said he would like to settle with the city, but prior to doing so wants a final count from El Dorado County regarding the initiative he is trying to get on the November ballot. He is hoping for final numbers on Friday. He also said keeping the lawsuit active would be beneficial to his legal issues with the residential property.

If the city were to allow TWC to operate at its present location and to have the licenses for adult use marijuana that are equivalent to what it is doing with medicinal pot, Bass said the lawsuit and initiative would disappear.

Bass has been in business going on 10 years. The present council wants him to go through the same application process as all potential recreational marijuana businesses instead of letting him have permits to coincide with his medical operation. Most cities in California grandfathered in existing pot shops. South Lake Tahoe officials say the Bijou location doesn’t meet zoning regulations for cultivation and extraction, even though TWC has been allowed to perform these deeds for nearly a decade.

Bass has plans to improve the building he just closed on, including putting on a second floor for his operation. In 18 to 24 months he’d like a second level where cultivation and extraction would be located. The bottom floor would be expanded to handle recreation sales. 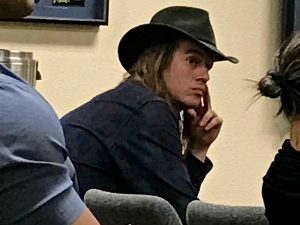 For now, he’d like to fill the former bank slot with an office supply store or some white collar business. Then in three years or so he wants to put in a market/deli along the lines of the West Shore Market.

Bass also intends to create a hallway from TWC to the bank vault.

“As we get to a higher volume we need the vault to comply with regulations,” Bass told Lake Tahoe News.

He envisions a restaurant replacing the former music store and coffee shop.

On top of all the legal issues and becoming a landlord, Bass has also been dealing with changes to state law that has affected supplies of medicine. This has been a conundrum for all dispensaries in California. Rules changed July 1 affecting labeling, which affected distribution.

TWC on July 1 had seven products; normal is 287. As of July 11 there were 38, with the hope of having more than 100 by Friday, and then for the issue to fully correct itself.