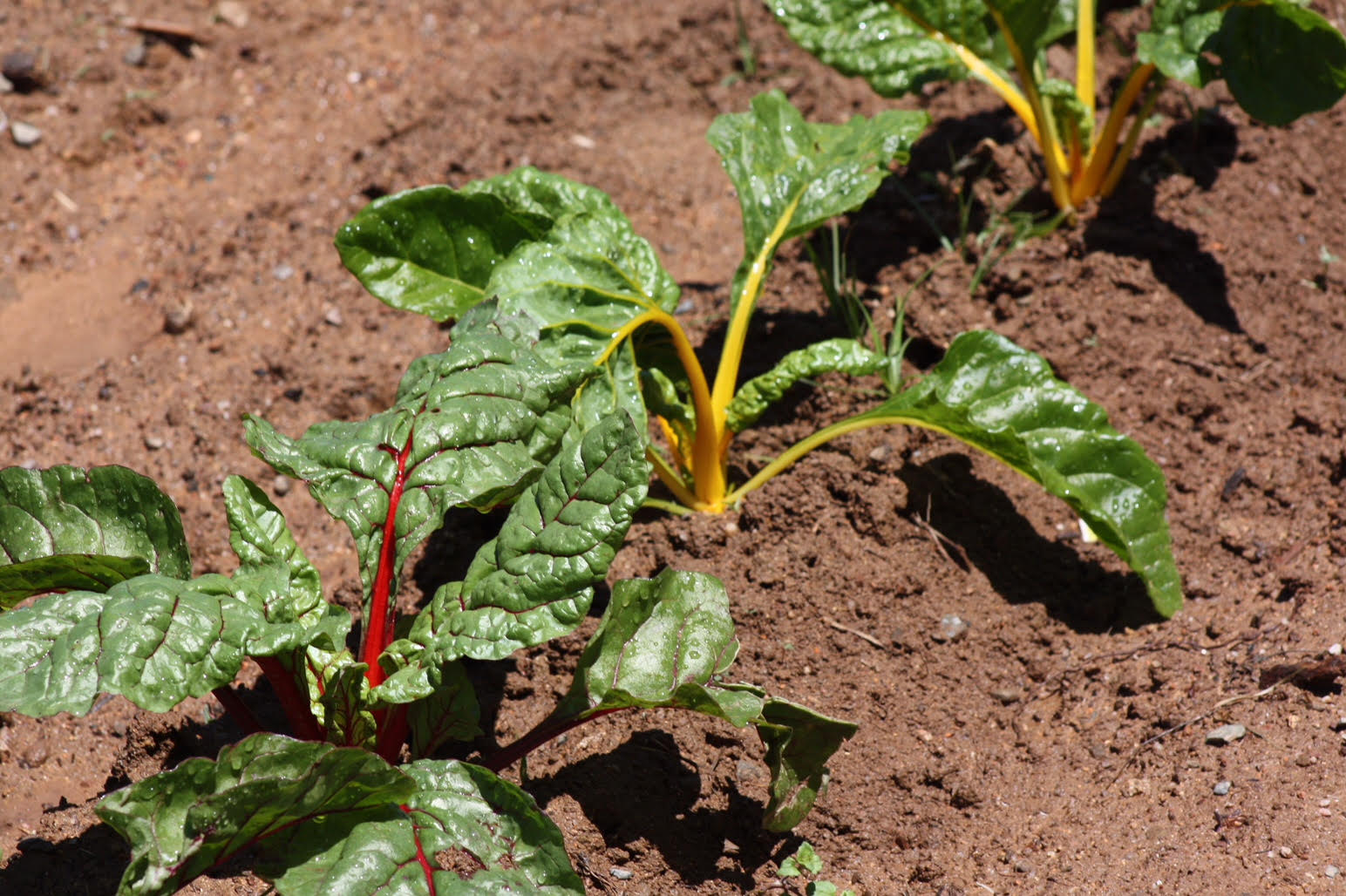 Bright Lights chard will be one of the early offerings at the Tuesday market in South Lake Tahoe. Photo/Jim Coalwell

Farmers’ markets sprout summer like no other symbol of outdoor living.

At Lake Tahoe, it’s almost an emotional tie to Mother Earth’s bounty after enduring the harsh nature of winter. It’s also a time to connect with neighbors – whether here permanently or part time.

The South Shore kicks off the season with the Ski Run (Boulevard) Farmers Market on Fridays from 3-8pm starting June 1. Four days later, the El Dorado County Certified Farmers Market will begin its pilgrimage at the American Legion Hall parking lot from 8am to 1pm. 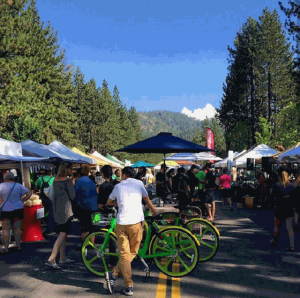 This year, there’s none scheduled at Kahle Community Center as “it lacked community support,” markets manager Steve Rozier explained. Instead, he will focus on the Incline Village Farmers Market slated for Thursdays from 4 to 7pm – with a new home at the library at 845 Alder Ave.

Rozier will also provide South Shore representation with his produce available at www.laketahoemarkets.com through the market box. This program offers the complimentary services to those in the city of South Lake Tahoe, Stateline, Zephyr Cove and Glenbrook. Meyers residents pay $3 per delivery.

“We keep our eye on the markets,” Rozier said, referring to the potential of both his own and other Tahoe-area markets.

In a day and age where almost weekly bulletins announce contamination of some type of food, farmers’ markets get to tout the freshness of their produce.

“We pride ourselves on fresh produce. We get our romaine lettuce from Watsonville,” Rozier told Lake Tahoe News, pointing to a recent outbreak of those sickened by lettuce.

“You know personally who’s selling (the produce) to you, know it’s locally grown and know (the grower will) be back there next week,” he said.

Despite an overall price increase of about 20 percent, markets customers seem to buy into that justification as they return year after year.

Through time, much of the farmers’ and growers’ fears focus on the unpredictable nature of weather.

“It was a strange spring,” Coalwell noted.

He said the West Slope witnessed “a false spring” in February, then the trees froze in March. Coalwell, who grows stone fruit and greens, sighed while considering how climate disruption all evened out in the end in time for this season.

“Our orchard looks really good. It has a nice set of peaches and should start out with a good bang,” he told Lake Tahoe News.

And as always, don’t expect tomatoes anytime soon – unless they come from Manteca. Others should hit the crates come July. 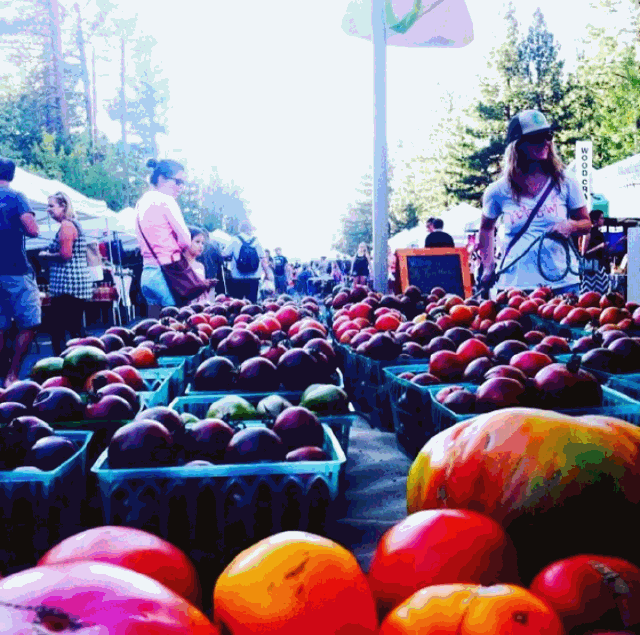 Mason has noticed more entrepreneurs in Tahoe showing up to sell their wares among the 40 vendors.

“The market is a great way to get their (business) feet wet,” she said.

This setting — which has been around for eight years — is all about the experience. Picnic tables are set up to urge families to stay a while.

Tuesday’s longtime mainstay at the Legion on Lake Tahoe Boulevard has evolved with a little diversity of its own. It’s always been known as attracting growers bringing fruits and veggies from as far away as Fresno in California’s lush Central Valley. Through the years, farmers have shared the parking lot with other products – with the one stipulation of being locally made.

Some of the food can even be pre-made for the customers.

“It’s turned out to be quite lucrative,” Tahoe private chef Eunie Lyle said of Tuesday’s market. She’s set up a booth for her party catering business for eight years.

“It’s important to put a face to a business,” she said. The face becomes more welcoming when the person attached to it hands you professionally-prepared food. Lyle enjoys handing out samples of dishes.

The markets have worked out so well, she plans to hit Ski Run’s on Fridays and will consider Incline Village’s.

Her big goal is to introduce people to great tasting meals that don’t have to be complex.

“I feel sorry for people who don’t know just to add a little lemon juice and pepper,” she said.

A social animal herself, Lyle admitted that’s one of the aspects of the farmers markets she relishes. It can be a party in itself.

“I get to speak to all kinds of people I don’t usually meet,” she said.

As it turns out, she’s not alone.

Agreeing is Lisa Hori, who has brought out her husband Dirk Yuricich’s photography to the Tuesday market since 2009.

“It’s the social event of the summer,” she said.

The couple sells many of the photographs to tourists, second homeowners or anyone remembering they have that “empty wall.”

No concern of empty slots at the markets. An abundance of vendors is on hand every week.