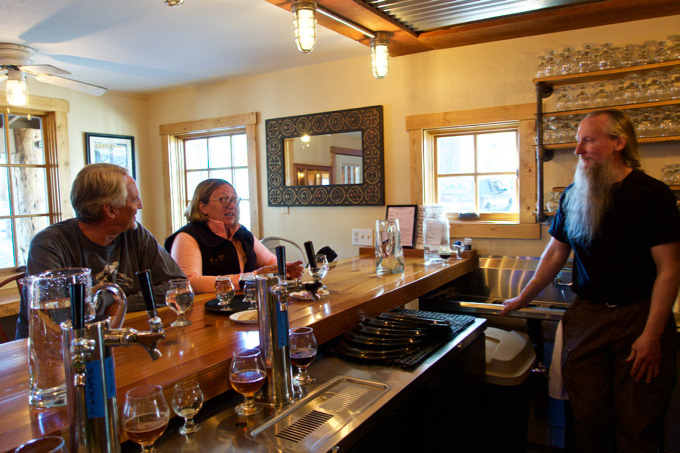 Subtle, powerful, full bodied, visually appealing – and, well, delicious. And that, after all, is what really matters – the taste.

“We can’t do quantity, so we are focusing on quality,” brewmaster Ron Buck told Lake Tahoe News.

Five incredibly different beers fill the tray. And much like a wine tasting, there is an order they are to be consumed. 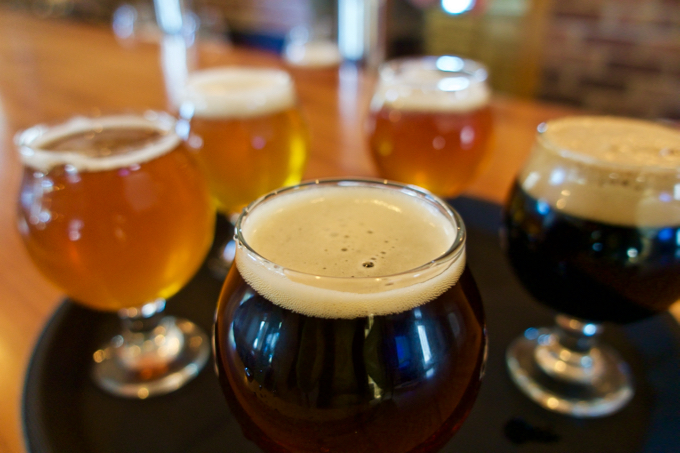 A flight of beers is worth sharing. Photo/Kathryn Reed

“These recipes are so full bodied that the alcohol is masked,” Buck explains.

That could by why after finishing the Imperial Rye (12 percent alcohol) it was necessary to slow down a bit. Note taking got sketchy with my three favorites having the most alcohol – Belgian Festival (9.3 percent) and Porter (9.8 percent) being the other two.

This flight of five 4-ounce beers ($15) is too much for this taster to finish, but it would be great to share. My least favorites are left behind – Evolution Ale and Herbal IPA. Even so, it’s not that there is anything wrong with them, it’s just a preference thing. 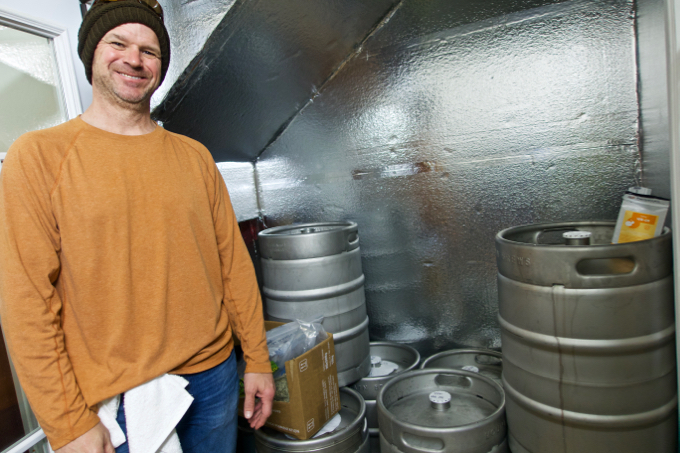 Taylor Flynn designed the cold storage facility in what used to be a closet. Photo/Kathryn Reed

Taylor Flynn, owner of the monthly Mountain News, has transformed the bottom floor of the newspaper office into a brewery. Upstairs is still home to the paper.

It looks nothing like it once did, when a desk greeted those who entered the office and a couch was near the fire place. It was dark and uninviting – which could have been done on purpose.

Today it’s a combination of woodsy mountain meets industrial décor. The bar is a 12-foot slab of redwood. Wood floors have lightened the room up. Vapor lights and the corrugated metal at the bar, along with the metal pipes that hide the wires balance the wood. The varied metal chairs and wine barrel tables, along with the brick at the fireplace and behind the bar tie it all together.

Above the fireplace is a screen showing pictures of Tahoe taken by Buck. With Flynn being an accomplished photographer, it’s likely his photos will be part of the rotation at some point. Music comes on when the doors open to the public. It’s possible some sporting event will be on that will be muted, but this isn’t a sports bar.

This is a place for beer aficionados.

“There will be new recipes each season,” Buck said. The beers being served now were made in January. 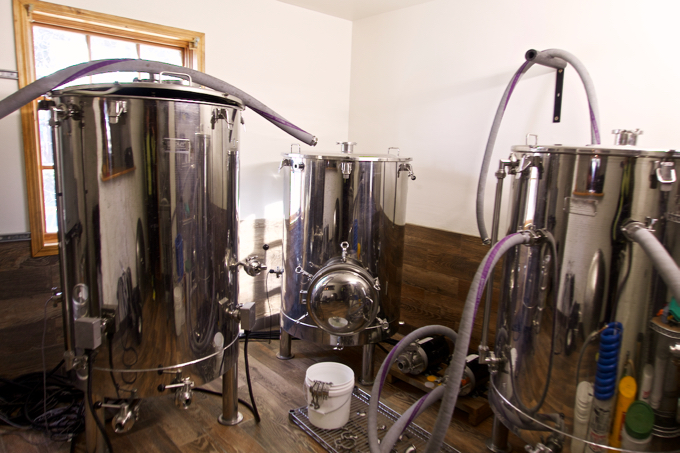 Stainless steel vats fill one of the back rooms of Mountain Brews. Photo/Kathryn Reed

For now, there are no plans to extend the hours or days of week. It’s Buck and Flynn who are behind the bar pouring the beers. They are able to explain to patrons exactly what’s in them, the process and what’s to come.

Buck honed his skills at the former Mt. Tallac Brewery and Cold Water Brewery, as well as being a home brewer.

His binder of recipes looks more like a chemistry manual. Software can help make subtle changes. Then there is the ability to age or condition the beer on oak, vanilla bean, lemon grass, sage, and various hops.

“More ingredients are available to brews because of the process. You can layer in the flavors,” Buck said.

The three-barrel system is the equivalent of six kegs per batch.

Flynn had the idea of opening the brewery about five years ago. Originally he bought the building with the idea of hiring a staff to make the paper a weekly. Personal issues put the kibosh on those plans, so Plan B was concocted. He’s happy the nano-brewery is what came to fruition.

Food might be offered in the future, but that will take some doing with government agencies. For now, crackers and pretzels are available.

Bottling and growlers would be the more immediate additions. 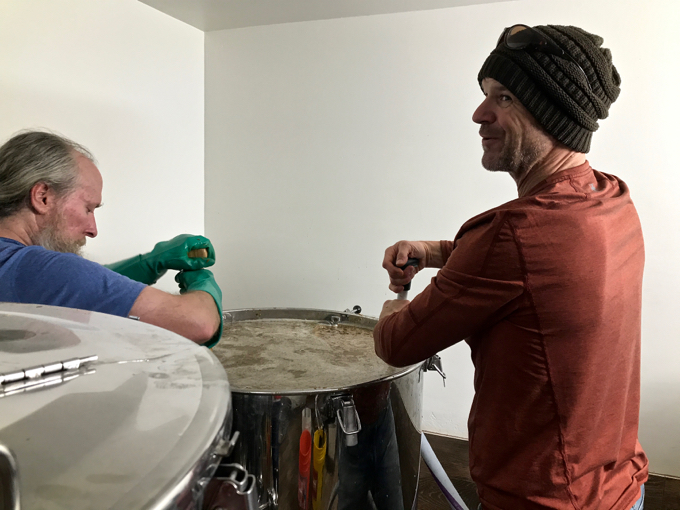