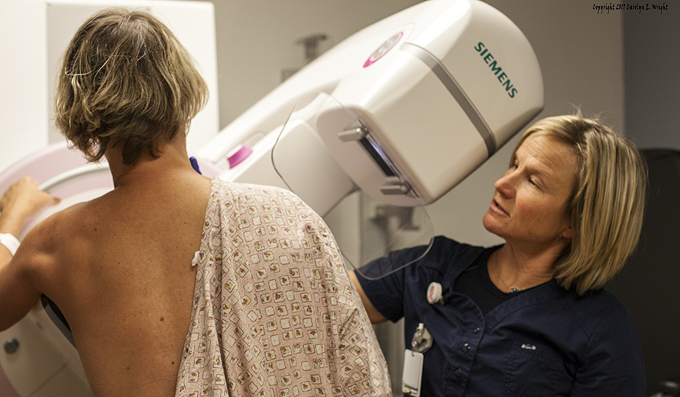 I call it getting my boobs squeezed. It’s an annual ritual most women of a certain age subject themselves to – the mammogram.

While I won’t say the new machine Barton Memorial Hospital has is something I would want to experience any more often, it is better than the old piece of equipment. It doesn’t squeeze the breast as hard, but it does take longer to get the full image because it is going through a 50-degree arc.

There is also a bar to hold onto, which makes things more comfortable.

The exam room is larger, a little warmer, a little more secluded. It’s part of Barton creating a women’s suite. 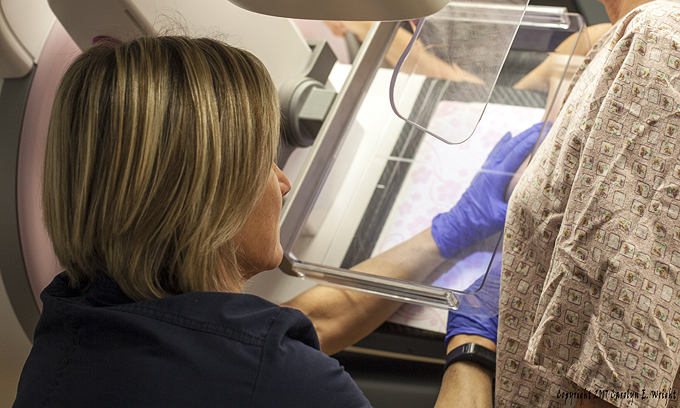 The whole experience is better. While that’s great, the best part is the efficiency of the new machine. Cancer detection is increased by 30 to 40 percent. The earlier the diagnosis, the better the outcome is likely to be.

The new technology is called tomosynthesis, which is essentially taking a 3D image of the breast.

As technician Sara Rourvinen explained it, 2D images are like taking a picture of a book cover, while the 3D version allows all of the pages to be seen. Those pages, so to speak, are layers of breast tissue.

In many ways it’s an awkward procedure – what with having someone placing your breast on the flat surface of the machine, then a vice like contraption pressing down to keep it in place, having the tech tell you to standstill, but still breath. Rourvinen then walks behind the lead glass to be protected from the radiation. Next to her she has a monitor to see the images come up. She prides herself in getting it right the first time. Then the pictures are sent electronically to radiology. 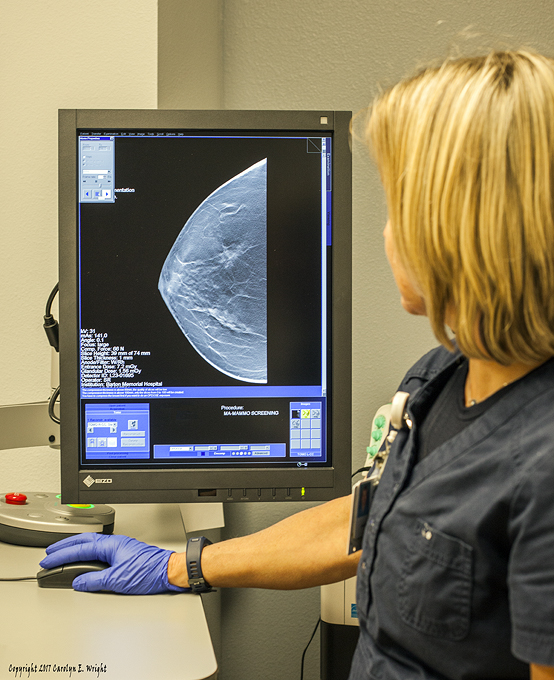 This machine is going to be most beneficial to women with dense breast tissue.

“High density breasts are a cancer risk. Because there is more breast tissue, there are more places for cancer to arise,” physician Leonard Holmgren told Lake Tahoe News.

Holmgren, one of the radiologists at Barton tasked with reading mammograms, looked at my images in his office on a 5-megapixel monitor. He compared them to last year’s. No change – still cancer free.

2D images are still taken. It is static. Sorting through the 3D images the layers of tissue are distinguishable. It’s easy for the doctor to scroll back and forth for another, closer look.

This new machine, which has been in use since June, requires doctors to spend about 40 percent longer reading the results. The added time is looking at all those layers of images. My exam resulted in 68 images on one setting, 75 on the other. 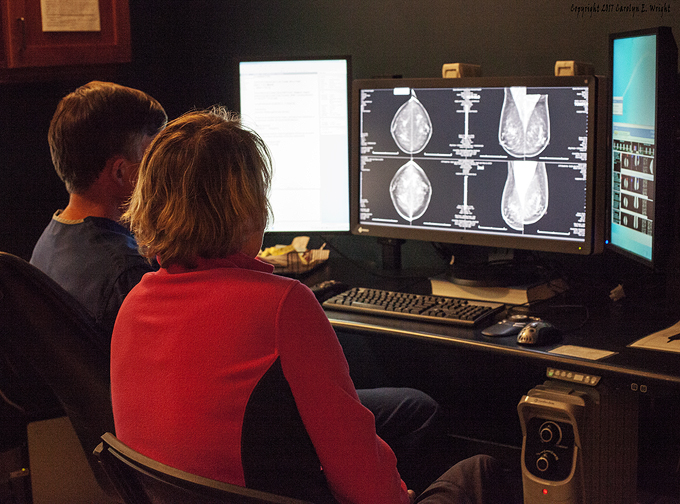 Two different images of each breast are taken. The number of images the 3D machine takes is dependent on how thick the breast tissue is.

This machine is better for everyone, not just those with dense tissue. It also gives a better reading for women with implants.

The stack of images also means fewer women will have to be called back for a second diagnostic mammogram. What might have been a suspicious spot with the 2D exam can now be seen in full, so to speak. Dense breasts in particular produce spots that need more analysis. This 3D machine is in essence providing that deeper analysis without subjecting the woman to another dose of radiation.

Barton mimics the national average of 10 percent of women being called back for a second screening. The machine is expected to decrease that rate to 8 percent.

This technology was approved by the FDA a handful of years ago, but only in the last couple has it been perfected. Plus, there are multiple manufacturers now. That is what led Barton to want to pursue purchasing the device. The Siemens machine cost $402,000, with the Barton Auxiliary contributing $220,000 toward it.

At first insurance companies would not pay for mammograms using the 3D device, but now they do. This was a concern of Barton’s because many of the healthcare system’s patients are on Medicare or Medi-Cal.

An added benefit is Barton can use the instrument to perform stereotactic biopsies. Before patients were sent to Carson City or Placerville.

The docs and technicians had to go through specialized training on the machine, with the 3D now being what all mammogram patients will use. 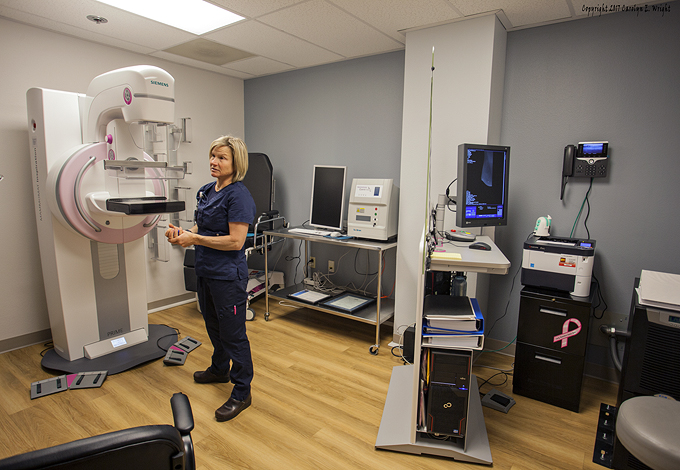 When to get a mammogram: Ob-gyns at Barton Women’s Health go by the recommendations specified in the American Congress of Obstetricians and Gynecologists. The ACOG recommends starting clinical breast exams at age 25. Average-risk women should start getting annual mammograms at age 40. Barton Health urges people to speak with their doctor about frequency, as well as other possible testing if they have a family history of breast cancer.