In South Lake Tahoe we take pride in having, hands down, some of the best drinking water you can find. Around town folks carry “Drink Tahoe Tap” water bottles. We turn our noses up at bottled water.

The primary source of drinking water in the South Shore area is groundwater. Unfortunately, few residents realize that this precious resource is threatened by contamination from the man-made chemical tetrachloroethylene, or PCE, an ingredient in dry cleaning solvents. The state of California has designated PCE as a chemical that is known to cause cancer and has established a regulatory limit for how much PCE can be in drinking water. 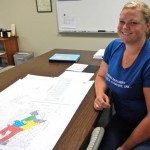 The PCE groundwater contamination plume in the South Y area is a major problem facing the entire community. The plume extends north from the South Y Shopping Center up to the Tahoe Keys, and is continuing to migrate toward the lake itself. Since 1989, when the state first required PCE to be sampled in drinking water wells, numerous public and private wells in the South Y area have been contaminated with PCE at levels above state and federal drinking water standards.

Three providers of public drinking water to South Lake Tahoe – Lukins Brothers Water Company, South Tahoe Public Utility District and the Tahoe Keys Property Owners Association – have all been harmed, in one way or another, by the PCE groundwater contamination. During the 1990s, South Tahoe PUD installed a treatment system to remove PCE contamination from groundwater pumped from four of its drinking water wells. In 2009, Tahoe Keys POA installed a wellhead treatment system to remove PCE contamination at one of its wells.

As for Lukins Brothers, in July 2014, we discovered PCE in two of our groundwater wells at levels above state and federal drinking water standards. To protect our customers, Lukins Brothers immediately stopped using the contaminated wells and began to supplement the water produced from our one remaining well with water purchased from South Tahoe PUD.  While this has allowed Lukins Brothers to continue to provide our customers with safe, reliable drinking water, it has unfortunately increased their water bills and placed additional stress on available drinking water from the South Tahoe PUD system.  Lukins Brothers is now in the process of completing engineering and design plans for a PCE treatment plant at one of our contaminated well sites. Construction of this plant will be an important first step in getting Lukins Brothers back to being self-reliant, though it still will not put us back to where we were before our groundwater supplies became contaminated with PCE.

So, while the South Lake Tahoe water providers did not cause the PCE contamination problem, we have joined forces and worked tirelessly to develop and implement short-term fixes and plan for long-term solutions that will allow us to continue to provide clean drinking water to our community.

Turning now to the cause of the problem; in the three decades since the South Y PCE plume was discovered, the state regulatory agency with oversight over the cleanup, the Lahontan Regional Water Quality Control Board, has conducted numerous investigations to determine the source of the PCE.  After all of their efforts, the only confirmed source of PCE groundwater contamination in the South Y area is the site of the former Lake Tahoe Laundry Works dry cleaning facility, which operated during the 1970s in the South Y Shopping Center. On May 12, 2017, the regional board issued a “Cleanup and Abatement Order” directed to the parties responsible for the PCE contamination at that site. Unfortunately, after decades of study, the order requires neither cleanup nor abatement of the regional PCE plume, only further investigation. Of even greater concern: while prior drafts of the order confirmed that the Lake Tahoe Laundry Works responsible parties are also responsible for causing the regional PCE plume, the final draft left out this significant staff finding.

One result of this omission is that there continue to be no plans in place for stopping or limiting the continued movement of the PCE plume from the South Y toward Lake Tahoe, aside from the voluntary efforts undertaken by the Groundwater Stakeholder Advisory Group. This group, which includes Lukins Brothers, South Tahoe PUD, the Tahoe Keys POA, and representatives from other local agencies, is currently working to secure grant funds from the state to develop a feasibility study that will help to identify potential alternatives for addressing the regional PCE groundwater contamination problem.

As for the ongoing regulatory investigation, under the regional board’s recent order, the Lake Tahoe Laundry Works responsible parties are directed to investigate and determine the total extent of the PCE groundwater contamination plume originating from their facility. It will now be up to the regional board to ensure that this investigation actually results in responsible parties being held responsible for the costs of cleaning up contaminated drinking water supplies.