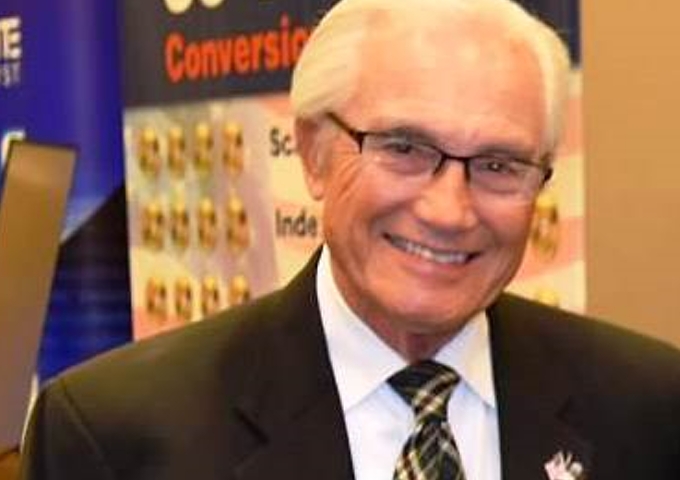 Bill Schultz is an institution within El Dorado County. Photo/Provided

When you’re a county dealing with record voter turnout as El Dorado did last year, you turn to a career record-keeping shoe-in to maintain order in this unpredictable world of government and politics. That is, until you can’t anymore.

El Dorado County Registrar of Voters Bill Schultz, 84, has become a guru in local government since his humble beginnings decades ago with the county. So much so, it’s going to take more than a year and probably more than one person to gear up for his leaving and to fill his shoes.

Schultz, who also serves as the recorder clerk and the Veteran Affairs director, is retiring in January 2019 – but not before leaving his mark as a fixture to county government. Essentially, he’s opting out of re-election next year.

“The big thing is I’ve been working since I was 12 years old. It’s going to be interesting to be out of a job,” Schultz said, further insisting he’s placing “relaxing” on a to-do list. “I’ve done everything I’ve wanted to do. It’s time to spend some time with my family and friends.”

Schultz said he’s looking forward to retirement, but the question remains: Will he stay busy enough to satisfy his insatiable need to serve, judging from the long list of accomplishments he’s racked up through decades of ambitious programs and forward-thinking projects?

Perhaps the kind of service he’ll provide is on the tennis courts – another passion beyond work and family. Schultz received a gold medal in the sport at the Northern California Senior Olympics. 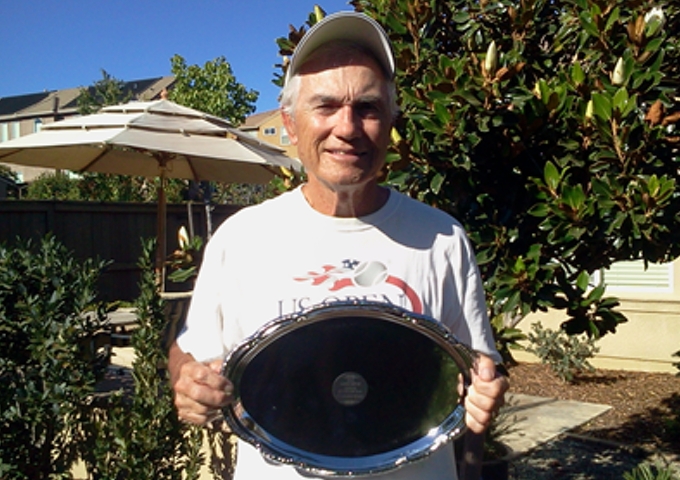 Tennis is one of Bill Schultz’s passions — so is winning. Photo/Provided

If county government could hand out medals for overachievement in the area of employee ingenuity, Schultz would probably get one.

He began employment with El Dorado County in 1974 in a post called the service unit supervisor, which meant overseeing functions such as micrographics, printing and communications.

From that post, he became a jack of all trades as the county purchasing agent, general services director, interim welfare director, sheriff’s administrative assistant, communications director, 911 installation coordinator and even the airport director to the three regional airports in Placerville, South Lake Tahoe and Georgetown.

Knowledge of so many disciplines in county government came in handy when he worked as the records management coordinator. It took him more than a year to sort through all of the county’s records in storage and converted space underneath the library into an organized facility capable of holding 17,000 boxes of records. He modeled the program after the state’s.

In between, he took a break from the county from 1980 to 1990 when he became an operations manager for XeneX Computer Systems, a data processing firm for the financial industry. After all, he had a background in banking upon moving to Placerville in 1972 after serving in the Navy.

Dedication to service is engrained in Schultz. He served four terms during the Vietnam War from 1962 to 1969.

His dedication to the military, which was embedded as a child since his father was also in the Navy, stayed with him during his tenure starting at 2004 as the county registrar – the chief of the elections department.

It was in this role Schultz admits he performed an accomplishment he’s most proud of. In 2012, he applied for and received a $1 million grant from the Federal Voting Commission to better assist military voters overseas.

Still, Schultz has not rested in his ambitious goals. He volunteered the county as one to help the state implement a statewide Voter Registration System before 2017. The prior year, the deadline was met. His meticulous record-keeping skills netted $87,000 to the county for its participation.

And timing is everything, depending on one’s perspective.

As it turns out, the 2016 presidential election churned out more registered voters than ever in El Dorado County. It’s one of the first in the state to start online electronic recording due to Schultz’s efforts. Voter turnout was a record 83 percent last November.

This year, Schultz and his staff are busy preparing for yet another election. South Lake Tahoe, in particular, has a key roads initiative on the ballot — Measure C.

Next year, the elections cycles continue. To replace Schultz would seem like an insurmountable task. For one thing, it may take three people to fill his three jobs. The next recorder-clerk will be elected either in June or November of 2018. The registrar position will be appointed by the El Dorado County Board of Supervisors.

“OK, so what are we going to do? Our superman is leaving,” county Supervisor Sue Novasel said, recalling her reaction to the news. 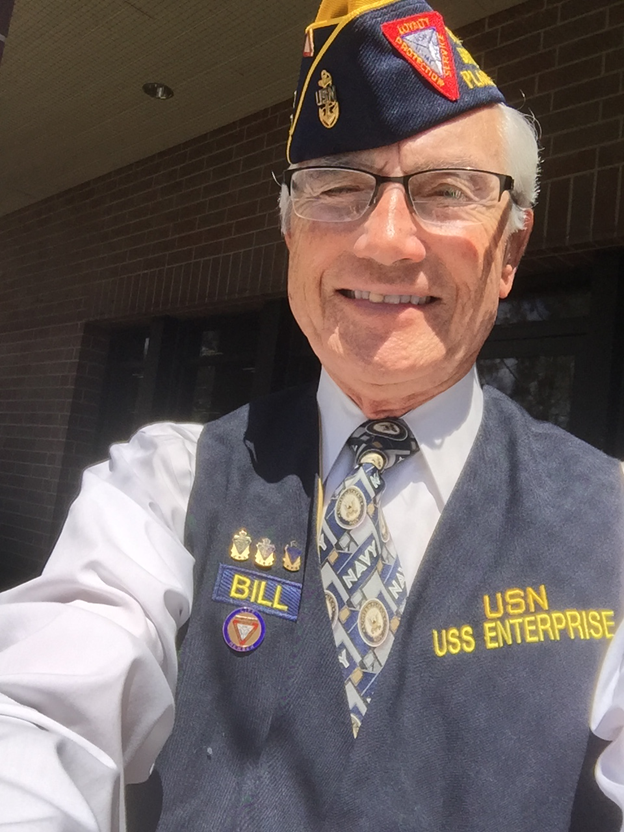 ​Bill Schultz is a 40-year member of the Fleet Reserve Association. Photo/Provided

The county is currently trying to figure out constitutionally how to separate the recorder-clerk and registrar positions, along with the Veteran Affairs chief, because “it would be very difficult to fill all three positions with one person,” Novasel told Lake Tahoe News.

“He’s done an amazing job for the county and is really going to be missed,” she said, calling Schultz “a wealth of information.”

One of the aspects to Schultz’s personality that Novasel mentioned as being refreshing to those who work with him is his soft, cool-as-a-cucumber demeanor.

Linda Webster, the registrar’s assistant for four years, knows firsthand what it’s like to work for Schultz, whom she commended for taking the elections department from hand-stamping to computer electronics.

First, Webster noted she’ll miss his passion about his responsibilities as well as his management style.

“He’s not a micromanager. He very much recognizes employees’ abilities and strong points. He clears obstacles to allow us to do our jobs and makes sure we have all the tools to conduct our business,” she told Lake Tahoe News.

The end result amounted to a close-knit elections department.

“I’ve known Bill for a long time. He really turned this department around in several ways. He’ll be well-missed by the county in general and hard to replace,” elections systems coordinator Joe Zitzelberger said.

The data-crunching guru added that unlike other department managers Schultz provides an office atmosphere absent of stress – a notable feat considering the fast-paced elections environment.

But most of all, it’s Schultz’s folksy, even-keel, respectful temperament that those familiar with his work ethics and management style say are rare in the working world.