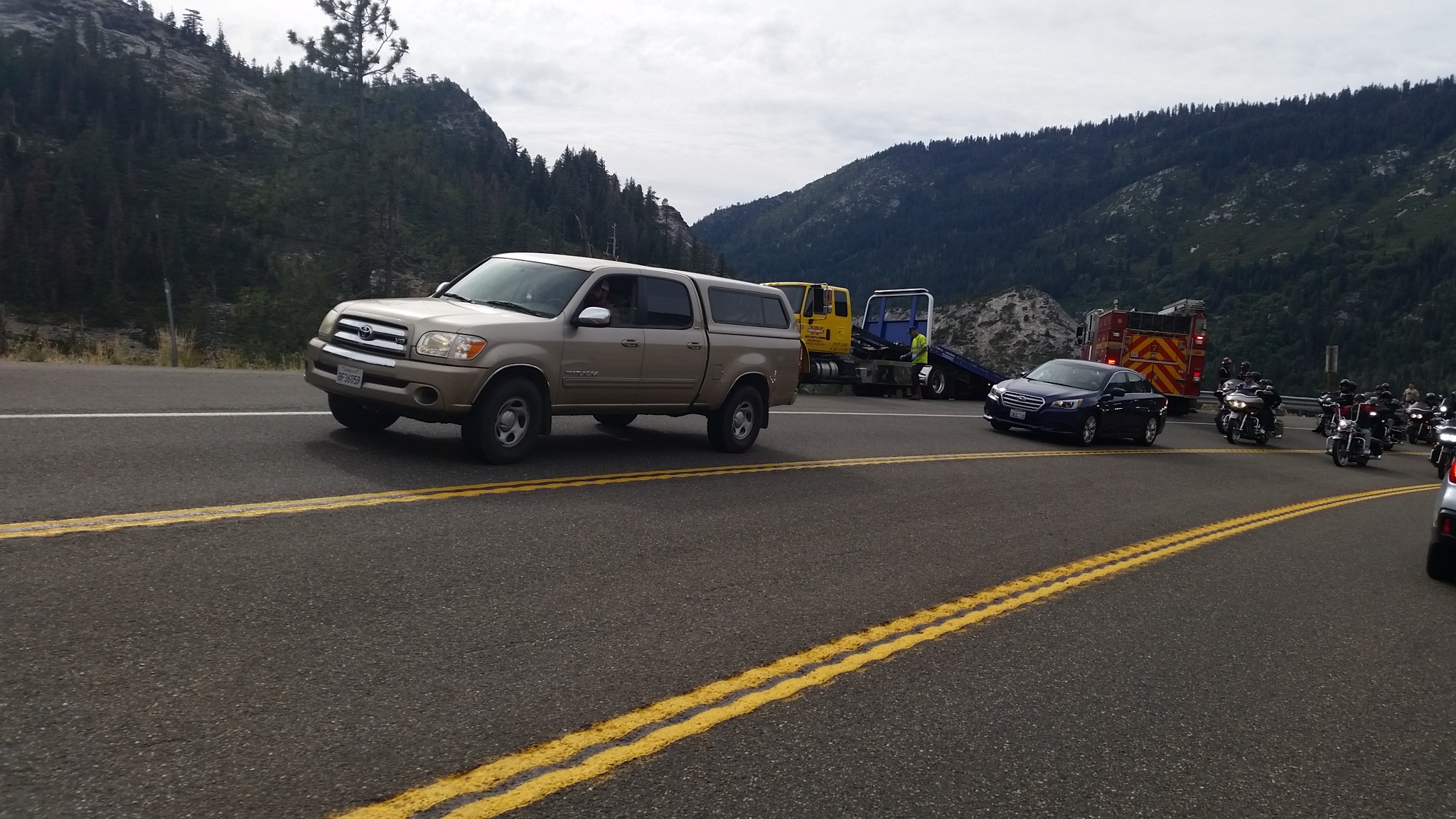 Highway 50 was closed in both directions at Twin Bridges because a motorcycle went over the embankment.

Both people on the bike were down an embankment about 30 feet, according to the California Highway Patrol. A rescue helicopter arrived on scene about 2:50pm Sept. 29. The extent of their injuries was not immediately know.

The accident occurred about 2:15pm just east of Twin Bridges.

This was the second accident in two days involving a motorcycle.

On Thursday a motorcyclist lost consciousness before crashing on Highway 88 just west of Carson Pass. While it’s not definitive, early indication is the rider suffered a medical episode before the crash, according to CHP. He was transported with non-life threatening injuries.

More motorcyclists are on the highways in the greater Lake Tahoe area because of the annual Street Vibrations event based out of Reno.