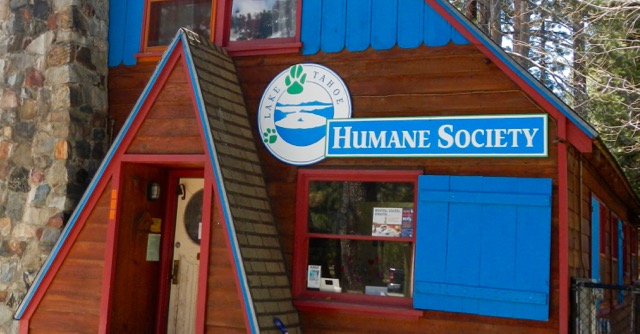 Lake Tahoe Humane Society’s fired executive director is accused of stealing thousands of dollars from the organization and spending the bulk of the money at a Stateline casino.

Niki Congero was suspended by the three-member board of directors on March 14, with termination coming on March 31.

The board has gone to the South Lake Tahoe Police Department with documents showing that Congero withdrew money on a regular basis using the agency’s ATM card at Dotty’s Casino in Stateline, sometimes multiple times in a day and for as much as $1,000 at a time.

Police officers did not want to make a comment about an ongoing investigation. They have obtained a search warrant and are pursuing the embezzlement allegations.

What first alerted the Humane Society to there being financial issues was a number of overdraft charges from its bank in early March.

Congero had been with the South Lake Tahoe nonprofit since December 2013. It is believed the alleged embezzlement began the following summer and escalated as time went on.

When reached by phone Congero said she would call Lake Tahoe News back, but has yet to do so. She has started a new organization called Lake Tahoe SPCA. It claims to be a nonprofit, but is not registered as such with the IRS.

The Humane Society board issued the following statement to LTN, “In early March of this year during the routine course of internal checks and balances it came to the attention of the board of directors certain potential irregularities may have occurred concerning our financial status. The board took immediate action to secure the integrity of the organization and initiated an investigative process that included notifying the proper legal authorities. The board is confident that the proper steps have been taken to ensure the future wellbeing of the organization.”

The Humane Society believes that at least $100,000 is missing. That figure could be higher, sources told Lake Tahoe News, based on Congero allegedly paying for items at stores and then getting cash back for herself. The organization also has about $60,000 worth of unpaid veterinary bills, and owes other organizations another $15,000 or so.

Congero was allegedly using Humane Society funds to pay her own bills. And while at times Congero paid the nonprofit back some money, it was nothing compared to what she took, sources said.

The problem was the board never saw the actual bank statements. Congero would provide summaries. While there had been an outside organization paid to do the bookkeeping, Congero altered the practice to have it so she entered the numbers and categorized them, which she said would save the nonprofit money by spending less on bookkeeping.

Liz Maul, the group’s education director, will be let go April 30 because there is no money to pay her. Judy Brown will stay on as the officer manager, and will essentially do the job of three people until the group becomes solvent again.

The Humane Society has had to suspend its spay and neuter program. It wants to get the vet bills paid before resuming that service. The group owns the building it operates out of on Emerald Bay Road, so there is a not a threat of being evicted. A loan was recently secured to help with immediate operating expenses.

The board hopes to get its financial house in order and intends to prosecute Congero to the full extent of the law.