Is American politics becoming clannish? Cliquish? Segregated? Disunited? Or perhaps we’re headed backward and the definitive word would be tribal.

The question then is, did the 2016 election confirm the fact that we’re segregating ourselves into tribes? Resoundingly, yes, said Christopher Hare in hard hitting community presentation at Sierra Nevada College last week. He has bachelor’s, master’s and doctorate degrees in political science. 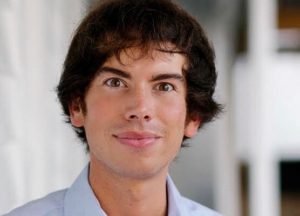 “Partisans increasingly dislike and distrust each other,” Hare said. “They filter out opposing viewpoints and process objective facts through a distinctly partisan lens.”

When Lake Tahoe News asked him his definition of tribal, Hare, an assistant professor of political science at UC Davis, called it “tribal mentality, or an us versus them way of thinking. That is, a strong, almost unquestioning attachment to members of your own ‘tribe’ or party and a strong aversion to and a distrust of the opposing tribe, or opposite party.”

A quick Internet search into tribal mentality described it as bands of those who share morals, beliefs and the survival of a group. Generally, tribes are closed to outside interference and they move as a group. Today, the Middle East is an example of tribal mentality.

And closer to home, think about American history and the tightly-knit bands of American Indians, tribes, if you will, fiercely defending their ideals and their way of life against all comers.

“Even though some evidence suggests that Americans haven’t necessarily become more ideologically extreme, it is abundantly clear that different kinds of conflicts based on policy attitudes, religious beliefs, core values, race and ethnicity, gender, region (urban vs. rural, etc.) are being absorbed into the partisan divide between Democrats and Republicans,” Hare said.

Hare said this is consequential because it means there is even less common ground between the parties, brought clearly into focus during the last election. He added the politicization of already deep religious and value divides serves to further splinter American society.

“Political differences are now organized in terms of fundamental value conflicts, with political compromise interpreted as moral surrender,” he said.

Thinking about the definition of moral—a person’s standard of behavior or beliefs concerning what is right or prudent—so says Miriam Webster. And surrender, which means giving up, resignation or submission, it’s easy to see that within the current political climate, no politician or voter for that matter, is about to give up his or her beliefs, to morally surrender those beliefs, which are considered to be right or prudent.

The result? There is little consensus about what the big issues are. “Few Republicans say environmental protection is a pressing national concern, and few Democrats say the same about the national debt,” Hare said.  “The implications for policy making are that parties have ever less incentive to work together, especially on issues that require trade-offs and compromise, but are only viewed as important to one party.”

It’s also important to note how polarization is intertwined with other big forces in American society, Hare said. Forces such as relatively stagnant economic growth, income inequality, the concentration of family breakdown among lower-income Americans and an aging population.

When asked what kind of political system now needs to be in place to goose stagnant economic growth, Hare had this to say: “This is the $64,000 question. One perspective is that stagnant GDP growth (gross domestic product) is inevitable in advanced, industrialized nations.

“But the U.S. has some real advantages that may allow us to buck the trend. For instance, we have the best university system in the world, bar none, and a tremendous spirit of entrepreneurialism. Another perspective is that a lot of these problems, such as family breakdown, are simply cultural and don’t have political solutions.”

Although Hare did not make any prognostications as to the future state of political affairs in the U.S., he did offer one more potential reason for the great divide, that being the influence of talk radio and social media.

He mentioned the “echo chamber.” For those not familiar with the term, the echo chamber is analogous to an acoustic echo chamber, where sounds reverberate in a hollow space. In other words, one talking head will make a claim, which many like-minded people then repeat, overhear and repeat again, until most people assume that some extreme variation of the story is true.

“Fragmented media and the echo chamber certainly aren’t helping polarization,” Hare said. “One other aspect of this is that our social networks are becoming more like-minded, so we’re more likely to surround ourselves with people of similar partisan, ideological persuasions.

“This is a natural byproduct of geographic sorting—Democrats are clustered in urban areas; Republicans in rural areas. The current political system has proved itself to be incapable of addressing these economic and societal stresses,” he said.

Previous post : Opinion: Ferrari gets almost too much right about Calif. Next_post : Caltrans: Hwy. 50 to be closed indefinitely