TRUCKEE – With more and more recreational and business opportunities presenting themselves, the Tahoe-Truckee area has become hard pressed to identify enough affordable residential units to accommodate the rapidly increasing need. The situation is reaching a tipping point.

Enter the Tahoe Truckee Community Foundation, who embarked on a long-term study of the situation, with results becoming available last summer. The report, titled “Truckee North Lake Tahoe Regional Housing Needs Assessment”, contained a comprehensive review of the area’s needs and demographics and was funded by Placer County, Truckee, Nevada County and the Workforce Housing Association of Truckee Tahoe.

Stacy Caldwell, CEO of the Tahoe Truckee Community Foundation, was one of the speakers at the Truckee Donner Chamber of Commerce breakfast this week.

The area of study for the report roughly encompassed the West Shore of Lake Tahoe into El Dorado County, Truckee, Tahoe City, Tahoma and Kings Beach as well as the Donner Summit area.

Briefly, the research discovered that:

·      Rental rates are high, and there is little rental housing available

·      80 percent of the region’s 474 below-market housing units are in Truckee, all with full waiting lists.

Caldwell admitted that TTCF’s foray into the housing world is “hard stuff.”  The results of the latest study, she said, can no longer sit on the shelf as previous housing surveys have.

What they found included the fact that because affordable housing is at a minimum, it’s hard to retain good teachers as well as other professionals; that more than half of the houses built within the study area were built before 1979; and that 65 percent sit vacant half of the time.

The median income within the region is $75,000, making it difficult to purchase an affordable home. Rents are high, resulting in elevated occupancy rates within very small spaces, and more than 12,000 additional units are needed to meet demand. 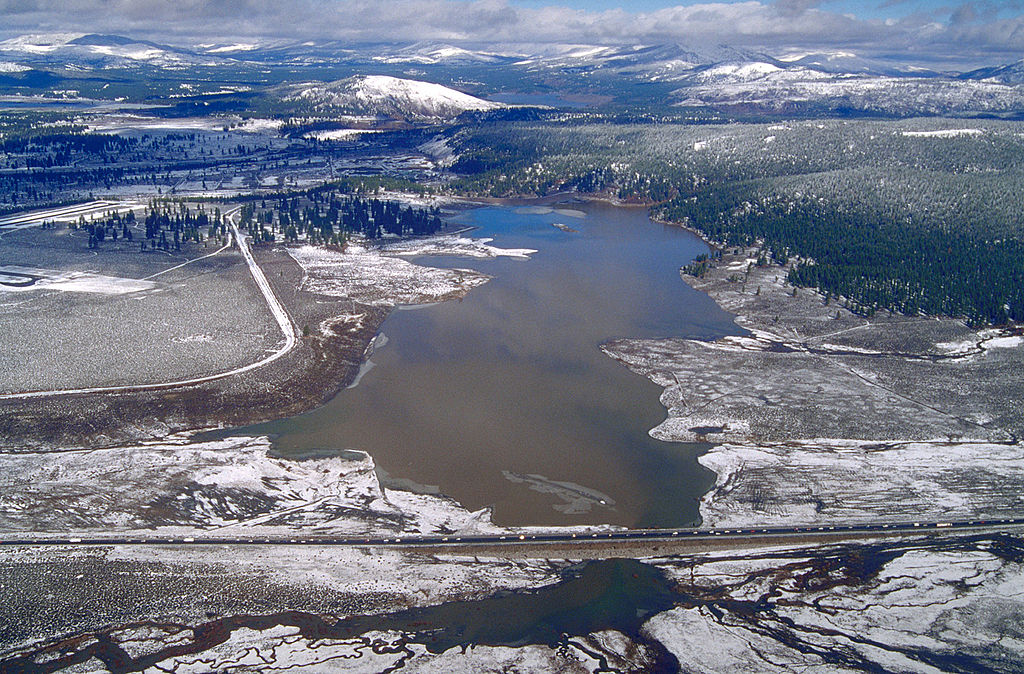 Truckee is suffering from a housing shortage like the Lake Tahoe Basin. Photo/Michael Nevins/U.S. Army Corps of Engineers

“Most mountain communities are facing the same problems,” Caldwell said. “We’re all learning from each other.” She added there is no beginning, middle or end. “We don’t want to lead a parade and have no one behind us. This study just can’t sit on the shelf. There’s widespread momentum now.”

Caldwell said the study has commitments from several partners, but she is hoping that Placer County will jump on board with funding as have other entities. “We need a three- to five-year commitment and everyone must be accountable to the plan.”

We have seen collaborative engagements, she said. “My hope and vision is that it brings the key decision-makers to the table who can offer up leaders, land, policy and money and show a clear signal to our community that we are taking the housing situation seriously and are committed to accelerated change. That’s the mission of my organization.”

Tony Lashbrook, Truckee town manager, said the housing crisis is a top priority for Truckee. “The lack of housing is having a real impact on the quality of life for residents. Medical help and education are suffering,” he said, “because there’s no money; it all goes to housing.”

Additionally, Lashbrook said the situation has an effect on the area’s business climate too. He added that, “Placer County and the town of Truckee are the 800 pound gorillas in the room who need to be at the table to make this collaboration work.”

He told Lake Tahoe News, “The town of Truckee has committed to participate in the Housing Council, subject to the participation of Placer County.”

The Housing Council Lashbrook referenced was proposed by TTCF. In brief, it requests that Truckee commit $50,000 per year for three years to launch the endeavor. Placer County has also been requested to make an identical commitment, while Nevada County and other stakeholders have been asked to participate, although at reduced costs. This information was gleaned from a 2017 document entitled “The Housing Crisis in Truckee”.

Additional speakers at the breakfast were Ulrik Binzer of Host Compliance, who is working with Truckee on its transit occupancy tax compliance on short-term rentals, and Hirsh Jain of Airbnb.

A press release from the Truckee Chamber of Commerce says that the short–term rental and the house-sharing market has grown rapidly in recent years, making it hard to ensure that these rentals are paying their transient occupancy tax. They also can create nuisances in neighborhoods as well as remove much needed housing from the available market.

Binzer said his company, a San Francisco-based startup, offers a solution to this problem. “We help local government implement and enforce short-term rental ordinances,” he said. “We make sure landlords are playing by the rules.”

He explained there are close to 1,150 short-term rental properties in Truckee, with 65 percent of them listed on multiple websites. “It’s a very dynamic market,” Binzer said.

“Originally, 398 single family residence were not in compliance, and now [with the help of Host Compliance] 32 percent of them have been brought into compliance and are paying their fair share of taxes. The problem is not yet solved, it’s a continuing effort.”

In the last five years, according to Placer County staff members, vacation rentals have increased dramatically—more than 300 percent in five years—but tax revenues have not kept pace.

Jain, a senior manager for Global Public Policy for Airbnb, provided an overview of Airbnb and discussed the impact of short-term rentals on housing availability.

From its roots in 2008 to its current global impact, Airbnb now has more than 2 million listings worldwide.

“We want to make sure Airbnb pays taxes,” Jain said. “And we want to build open and transparent communication.”

An op-ed in the February issue of Planning magazine said that the dramatic rise of Airbnb and other short-term rental and home-sharing companies has caused cities like Truckee to seek regulations to ease some of the problems caused, especially the impact on affordable housing.

However, Jain said his company is working on ways to promote responsible home sharing. He reminded the audience that people like to stay in a local environment and not in a hotel setting. They spend locally, they stay longer and they’re vitally important to the local economy.

“We want to work with cities,” Jain said. “We are committed to facilitating the process of collecting taxes. We’re eager to work this out. We’re good actors.”

And Caldwell’s take on the area’s housing crisis and the impact of the short-term rental market?

She told Lake Tahoe News, “This is a complex issue requiring a sophisticated approach. We all have to be at the table and track the solutions. I’m optimistic because we have more than a handful of partners who have stepped up. We see a blended approach to the solution. There are a lot of dynamics that play into this situation.”

She said that Airbnb does change the dynamic of what’s available on the housing market, but they are also trying to lift the burden. “We need our tourists. They’re a part of the economy.”