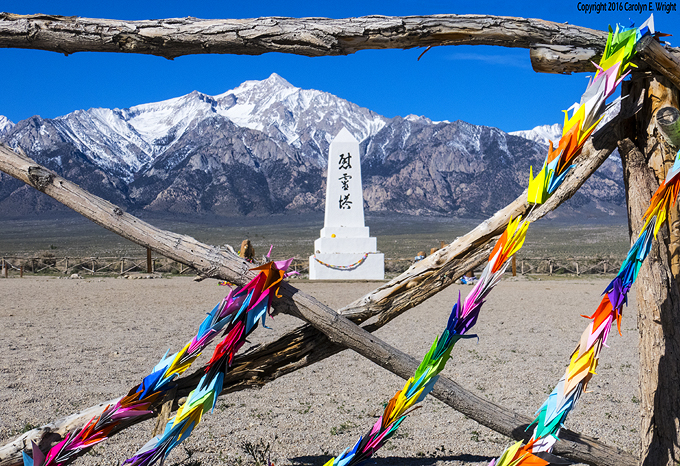 Not everyone made it out of Manzanar alive. Photo Copyright 2017 Carolyn E. Wright

INDEPENDENCE – Without touching the barbed wire, it inflicts a wound on my soul.

The raw imagery of Manzanar coupled with my imagination is almost too much to take in. What’s left of this internment camp is a stark reminder of one of the darkest times in U.S. history.

The government sent more than 100,000 Japanese-Americans to what were called war relocation centers. Others would call it jail. The only crime committed was their ancestry.

After Pearl Harbor was bombed, President Franklin Roosevelt in 1942 issued an executive order that removed anyone of Japanese descent – even if they were born in the United States – to the camps. It was forced incarceration. Most lost their homes, businesses and worldly belongings all because they looked different than the white power structure. 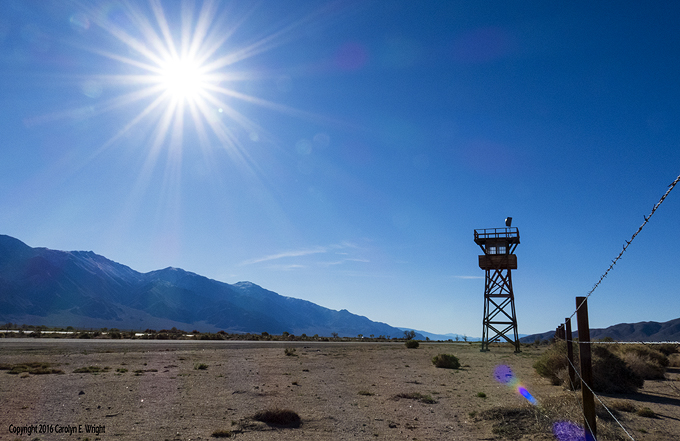 Guard towers were located throughout the property to ensure no one escaped. Photo Copyright 2017 Carolyn E. Wright

They were finally allowed to leave the camps in November 1945, three months after World War II ended.

Manzanar is a juxtaposition with its desolate beauty. The Eastern Sierra peaks – including Mount Whitney – tower over the Owens Valley. They are majestic no matter the season. For the people shipped there they were just another physical barrier. Most of those at Manzanar had come from coastal towns in California.

They had to endure barren conditions. Temperatures in the summer along this outpost on Highway 395 can hit triple digits. It was nothing like what they were used to. 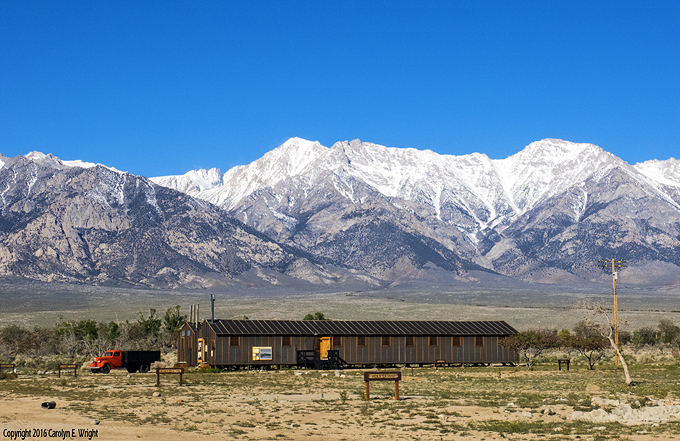 When Manzanar was open there were rows of barracks. Photo Copyright 2017 Carolyn E. Wright

The 504 barracks housed 11,070 people. Privacy didn’t exist – showers were communal and toilets had no barriers. Dust blew through the knot holes in the floorboards. Mattresses were filled with hay.

Looking at the barracks today from the outside it would be easy to say these were nothing more than barns – except people were housed in them.

It was like a little self-contained city in some ways. A driving tour points to where a garden once blossomed, to the various buildings that have long since been demolished. It was row, upon row of substandard housing. 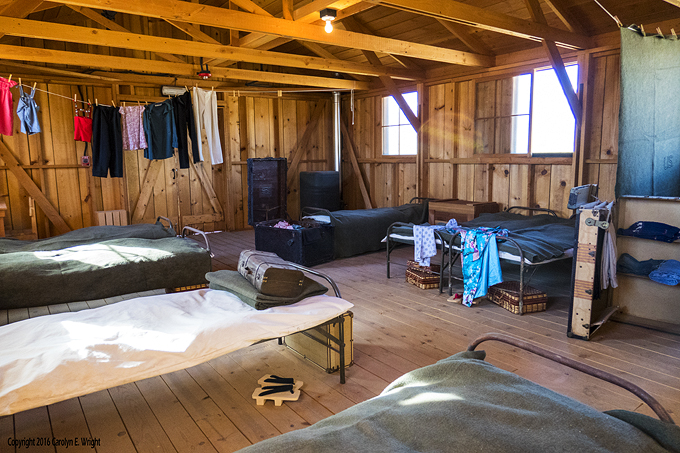 The first time I went to Manzanar I watched the video in the visitors center. To this day I remember walking out feeling ashamed to be white, ashamed to live in a country that could lock people away because of their race.

When I went back last year there had been improvements to the displays that allowed me to get a better idea of what living conditions were like. Cots fill the barracks. Cloths lines are full of hand washed items. They lived out of suit cases or trunks. There were no closets. 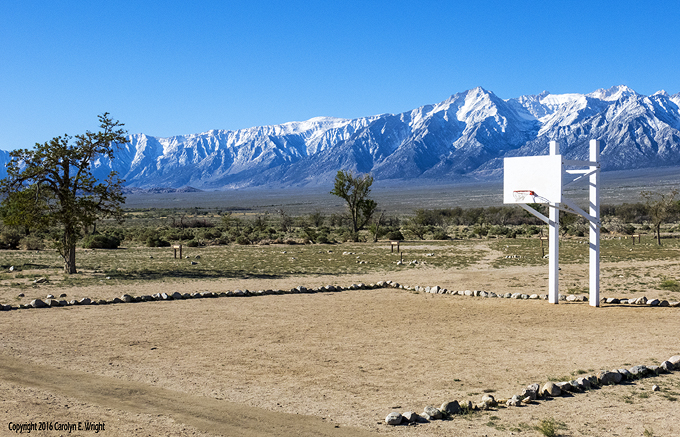 Remnants of the limited recreation at the site. Photo Copyright 2017 Carolyn E. Wright

A dirt basketball court shows there was time for play amid the travesty.

Scattered about are testimonials regarding the “loyalty questionnaire” they had to fill out. One question asked if the men would serve in the military and if the women would aid the war effort in some other manner. They were being asked to fight for a country that had taken away their freedoms. That irony was not lost on them. 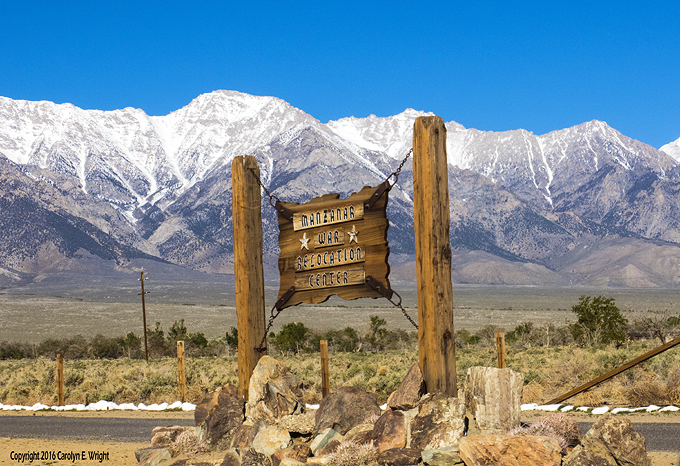 More than 130 internees died at Manzanar. One of the inmates who had been a stonemason built a memorial at the cemetery. The literal translation of the inscription means “soul consoling tower,” though some say a better phrase in English would be “memorial to the dead.”

Since 1992 Manzanar has been a National Historic Site operated under the National Park Service. It’s one of those places every U.S. citizen should go to – especially white ones. We can’t forget our history, lest we repeat the evils of the past.