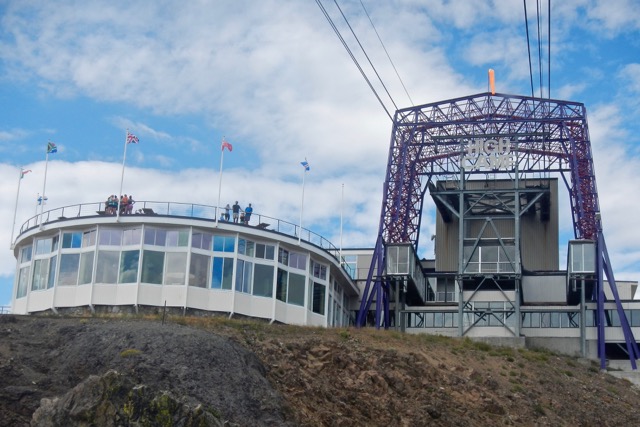 High Camp and Gold Coast do not have potable water. Photo/LTN file

Skiers at Squaw Valley are drinking bottled water and eating packaged food – at least on the mountain – because the wells are contaminated.

E. coli and coliform bacteria have been detected in the four wells that service Gold Coast and High Camp. As long as no one drinks the water, there is no danger to the public.

The Olympic Valley has three water purveyors. The on-mountain water company is run by the ski resort and is called Squaw Valley Resort 8200. The Mutual Water Company has about 250 residential customers. Squaw Valley Public Service District is the largest, serving about 750 customers – commercial and residential – including the village.

Testing has been going on every day since the issue was discovered in mid-November. Until there are two consecutive tests done 24 hours apart that show no bacteria the water on the mountain cannot be consumed.

“We don’t know the cause for sure,” Wesley Nicks, director of Environmental Health for Placer County, told Lake Tahoe News. “We have data back to the 1990s on the wells to support there have never been bacteria hits from the aquifer. So it is not a groundwater issue. Anything that gets in the system, of course, has bacteria.”

The resort did extensive work on the water system during the summer. In about a 72-hour window more than 9 inches of rain fell before the entire system was secure. It is believed that is how the wells and new pipes got contaminated. The irony is the existing well-head apparatus was relocated from underground vaults to above-ground secure well-houses, and supply pipelines were replaced in order to diminish risk of surface water intrusion.

A chlorine treatment is being used to flush out the system. One well is clean, but it does not produce enough water to solely rely on it. As of Dec. 1 no E. Coli was detected in the three wells that service the restaurants, however low levels of coliform were measured.

“Until this testing process is complete and the system is returned to normal operation, safe, chlorinated water will be available for hand washing and bathroom use. Clean drinking water has been delivered to Gold Coast for all guest uses. Sanitized water servicing the sinks and toilets should be limited to non-consumptive purposes,” Liesl Kenney with Squaw Valley told Lake Tahoe News in a statement.

The packaged food is required because ice made from the water at the restaurants cannot be used for food or drinks, food cannot be washed with that water, and it’s not advised to handle food after washing hands with the water at those lodges.