The suspect in a shootout along U.S. 287 east of Niwot with a Boulder County deputy is currently under investigation for attempted murder but remains in “critical, grave condition.” 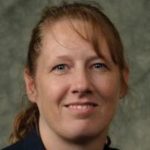 The Boulder County Sheriff’s Office identified the suspect as Adrian Joseph Shaffer, 37, of Boulder. Shaffer, who is receiving medical treatment, is facing possible charges of attempted first-degree murder and other charges should he survive.

The Boulder County Sheriff’s Office today also identified the deputy involved in the shootout as Teri Rosegard Javes, a 19-year veteran of the department. She is a graduate of South Tahoe High School.