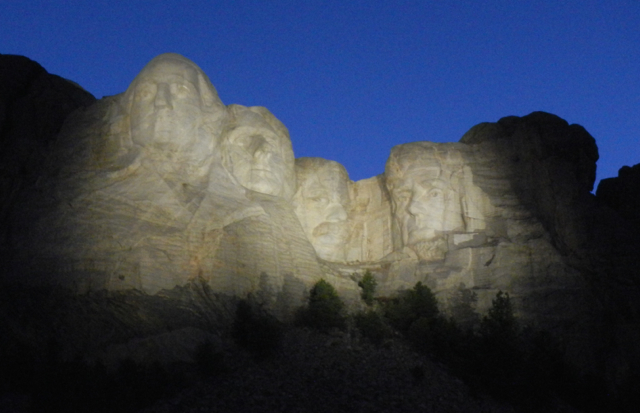 MOUNT RUSHMORE NATIONAL MEMORIAL, S.D. – I’ve never lived in South Dakota, but it’s still my home. And nothing will ever change that fact.

My parents were high school sweethearts living in Rapid City. My three sisters were born there. Even though no one on my mom’s side still resides in the state, this hasn’t stopped us from having regular family reunions in the Black Hills.

Those hills are also home to an incredibly famous rock – Mount Rushmore.

I don’t know how many times I’ve seen The Faces – that’s what locals call Rushmore. (My lineage makes me a local, at least in my heart.) I don’t recall a time of ever not seeing The Faces when I’ve been in the state. It’s almost like a calling; I have to go there.

A friend asked me “why?” before I went back there earlier this month. I didn’t have an answer. Now I do. It’s about family, it’s about patriotism, it’s about tradition.

So many memorials are erected out of tragedy, or are about war and death.

Mount Rushmore is about celebrating the accomplishment of four iconic presidents – George Washington, Thomas Jefferson, Teddy Roosevelt and Abraham Lincoln. It’s a message of inspiration, fortitude and solidarity. It’s about being proud of their life’s work and what it meant for the greater good of the United States.

It’s also about a sculptor – Gutzon Borglum – creating a masterpiece one chisel at a time, one precisely placed stick of dynamite at a time. (Ninety percent of the rock was removed with dynamite.) Borglum died before his creation was completed. His son, Lincoln, finished the work. This marks the 75th anniversary of Mount Rushmore National Memorial’s completion.

It has grown into a destination for travelers throughout the world; with more than 3 million visitors a year. 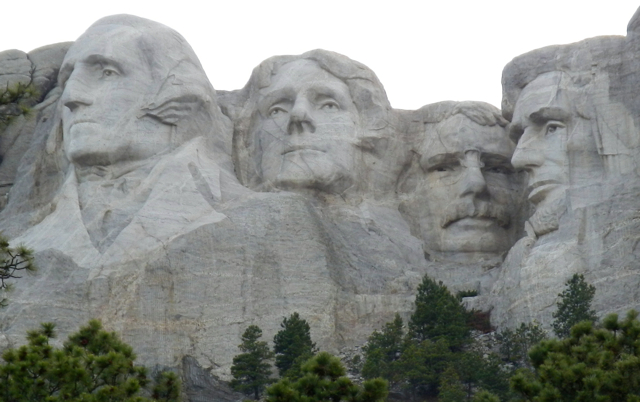 A path allows visitors to see The Faces at different angles. Photo/Kathryn Reed

One of my favorite memories is 10 years ago when the reunion was over Fourth of July. To see the fireworks light up The Faces, well, it was emotional. It sent chills through my body.

Our family tradition is to go in the early evening to see the transition from day to night. The lighting ceremony keeps evolving, but the awe of the event never fades. The spotlight on those four faces is breathtaking, just as it is to walk in through the Avenue of Flags and have them make a frame of sorts around The Faces.

Calmness washes over me when I see Mount Rushmore. I’m home, I’m with family and the future seems bright when looking at our past.