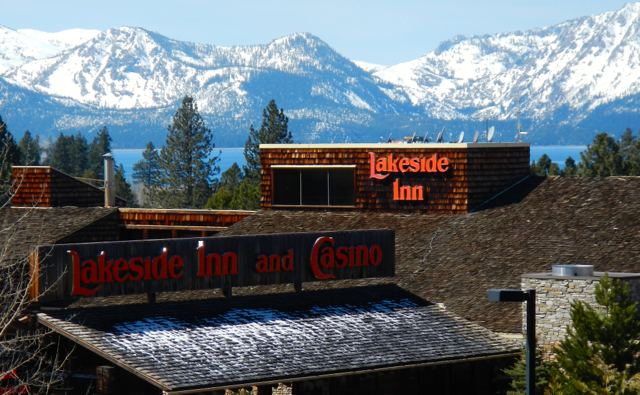 Driving into Stateline from the east there isn’t anything to go “wow” about – at least not in a positive sense. Lakeside Inn wants to change that.

“We are the gateway from the Nevada side to South Lake Tahoe. Right now the welcome to South Lake Tahoe is not a pretty sight,” Stacy Noyes, quality insurance and inn manager for the Stateline hotel-casino, said. “We have an opportunity to capitalize on Kahle Drive and Highway 50.”

Lakeside has ideas about what it would like to do on the 7.5 acre parcel, but isn’t ready to release renderings until a developer has been lined up.

It’s likely the Kahle-50 corner will become a focal point, with the hotel moving there. Today the sales center for the Tahoe Beach Club occupies that land. Lakeside owns the first block of Kahle drive, which has three buildings on it.

“Our hotel is clearly past its useful life,” Noyes said. Owners are doing the minimum in upgrades right now – like replacing mattresses.

The new hotel will be about a 3.5 star level property that will have bike and ski rentals, and valet. Higher end lodging is in the works with Zalanta, Edgewood and Tahoe Beach Club, so that is why Lakeside wants to focus on the mid-level market. 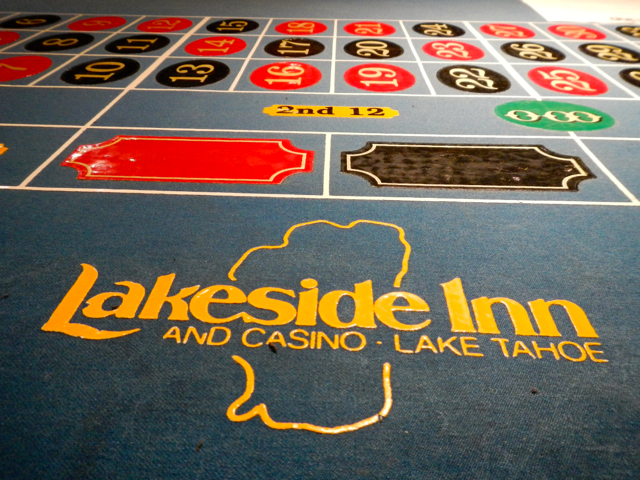 In the future Lakeside expects to downplay the casino aspect of the property. Photo/Kathryn Reed

Today there are 124 hotel rooms. The market study to determine the best use for Lakeside said 150 rooms would be ideal. Zoning allows for 200. More tourist accommodation units would have to be acquired to add any rooms. (TAUs are a commodity Tahoe Regional Planning Agency created as a way to curb development.)

The casino has long been a favorite of locals. Going forward higher ups want it to remain so, but they do not intend for gaming to be Lakeside’s main draw. An all-inclusive resort – minus a spa – is more the thinking.

It is walking distance to Nevada Beach via Rabe Meadow, is a short shuttle ride to multiple access points for Heavenly Mountain Resort, has Edgewood Tahoe Golf Course practically as a neighbor, ties into the Stateline-to-Stateline bike trail, and is not too far from Heavenly Village.

“What we recognized and everyone recognized is the South Shore is not viable as a gaming market,” Noyes told Lake Tahoe News. “It’s transforming into a world class outdoor recreation area. We saw this eons ago.”

The casino is likely to stay where it is, but with a face-lift. Everything else, though, could be demolished or gutted.

The goal is for the entire property to become more upscale and capture a greater portion of the tourists.

In addition to the study, the hotel-casino has been putting focus groups together to gauge how people would like Lakeside to evolve.

It’s anticipated that the popular Latin Soul restaurant would move to the hotel or retail area. Relocating it out of the casino could mean more business because right now it’s hard to avoid the smoke drifting into the eatery. Today it takes up 2,000 square feet.

Also new would be an outdoor special events space where weddings could be performed.

Zoning allows for a four-story structure (56 feet). Rooftop dining is a possibility, which would provide views of Lake Tahoe and Mount Tallac.

“We are just waiting to find the right development partner to do it with,” Noyes said of the entire overhaul of Lakeside.