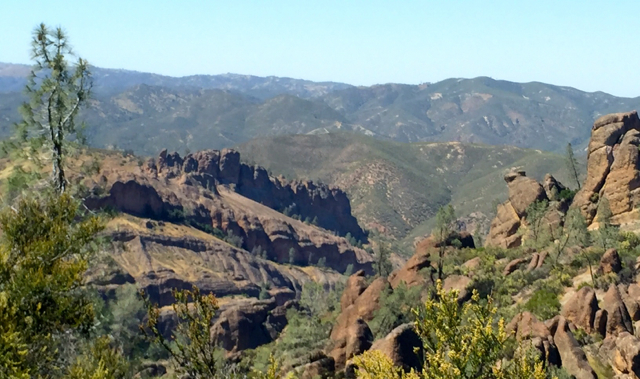 PINNACLES NATIONAL PARK — Whatever your penchant for an ideal national park, Pinnacles ranks as the most recently inducted. It was established as a national monument by President Theodore Roosevelt in 1908, and 105 years later, President Obama signed it into law as a park.

What Pinnacles lacks in fame, it makes up for in grand-scale features. 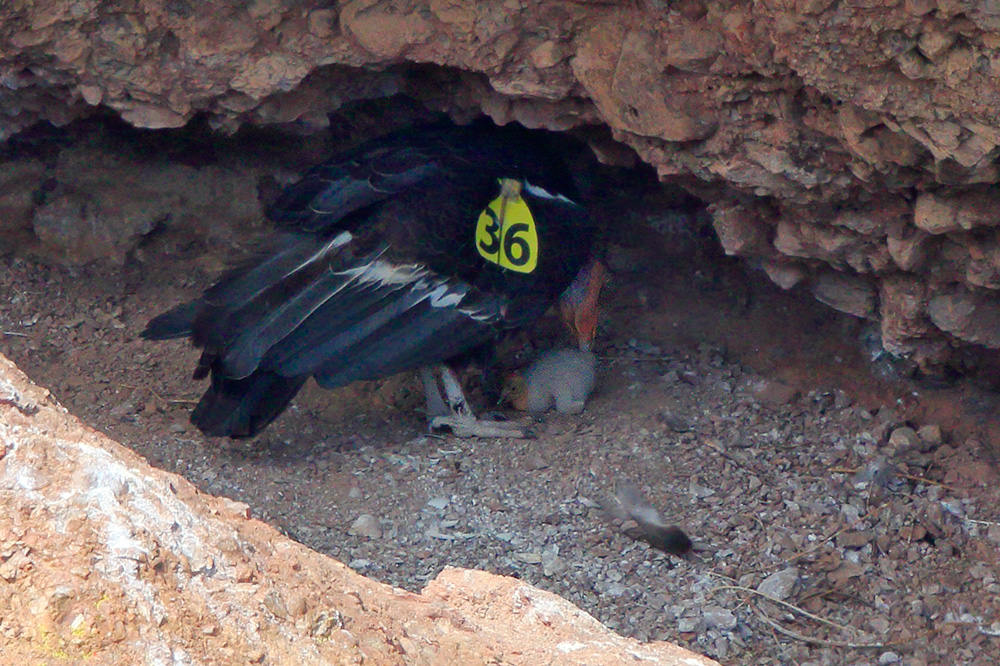 First, it might be a blessing it isn’t well known considering the endangered California condor calls it home. The nesting grounds represent one of a few release sites in the United States and Mexico. Loss of habitat, shootings and poisoning from lead bullets almost did them in when they made the list in 1967. The population has dwindled down to 435 – make that 436 as No. 828 was born in the last few weeks – with 167 in captivity.

The condor is one of the largest birds in North America, with a wingspan of 9½ feet. It soars on thermal updrafts at 55 mph, at altitudes of 15,000 feet. When you see one, it is a spectacle to behold.

The Park Service has established an aggressive program to monitor their progress. 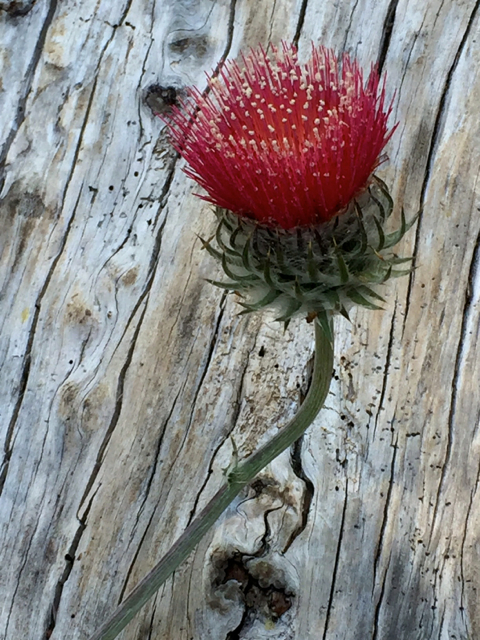 “We want to get a general sense of where the birds are,” program park worker Arianna said, while holding a transmitter at a picnic table stationed at the Bear Gulch day use area. Bear Gulch is ground zero for condors, as the social birds can often be spotted in the afternoon flying over High Peaks and swooping down into the valley. The park workers set up a spyglass station to help spot them between the campground and Bench trailhead.

The birds wear radio transmitters that workers track a few times a day. If a bird doesn’t move after eight hours, workers know to go find it because something’s wrong.

This is not an easy task. They tend to fly in remote areas and weigh 20 pounds, making it a challenge to carry them out. They nest at night and feed on dead carcasses during the day.

It’s a big deal when a new chick enters the flock. Park workers even announced No. 828 on a sandwich board sign at the general store.

That’s not all to announce. Pinnacles’ terrain, wildlife and lack of light at night make programs unique. There’s stargazing, life with bats – which hang out in the Balconies Cave – and in spring, wildflowers that pop out of the ground as far as the eye can see. There are larkspur, mariposa lilies and poppies everywhere. 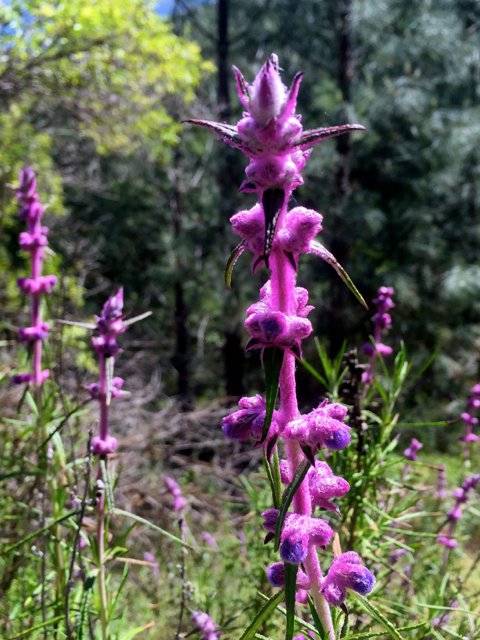 An array of wildflowers fill the landscape. Photo/Susan Wood

This is especially true this year, as park workers celebrate Mother Nature bestowing a lot of water last winter that fell on the 26,606-acre park that is split between San Benito and Monterey counties.

Sunset magazine rated Pinnacles Campground – which used to be private before it melded into the national park — one of the top 50 in the West. Large meadows give the appearance of a wide-open expanse and plenty of shade from trees form canopies to provide relief from the sun. Many songbirds find refuge in these trees. It’s highly recommended to close one’s eyes and allow for a pure sensory experience as the birds compete with the gentle winds. For a more stark auditory experience, wild turkeys that roam the land can be heard at all hours.

It’s hard to imagine what would happen if they tangled with the also-roaming javelinas.

Granted, it’s easy to just hang out at the campground to see how the day unfolds. But there are rewards for hikers wanting to venture out.

The terrain at Pinnacles National Park represents a magnificent landscape of rock formations.

The Earth has moved in this region, creating a moving experience for those who take in its beauty. After all, the park is situated very close to the long San Andreas Fault that slices through 600 miles of California. Millions of years ago fault lines divided volcanic and sedimentary rocks that developed an uplifting of land forming steep cliffs. Signs along the Bench Trail from the campground to Bear Gulch highlight the extraordinary geology. 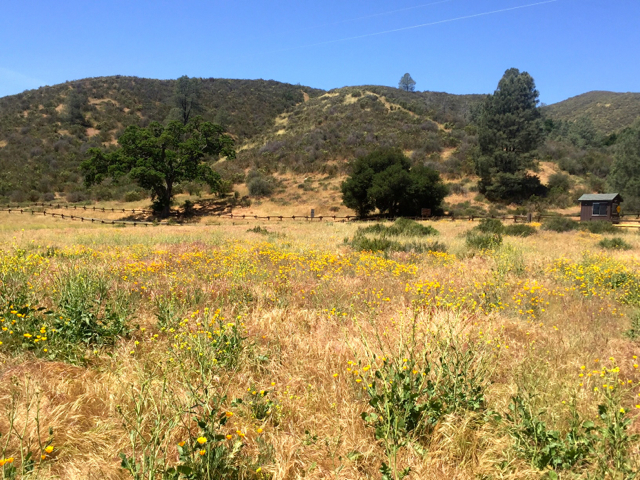 Spring is an ideal time to visit — before it gets too hot. Photo/Susan Wood

Erosion from water and wind make the spires and towers seen today. The High Peaks loop from the Bear Gulch area was calculated at only 5 miles, but the spires appear from the parking lot to be a two-day backpack away.

The trek is well worth the effort. Views dominant the hike, with a short scamper on the top of the ridge to the tippy-top of Hawkins Peak at 2,720 feet, providing that top-of-the-world experience.

The return from the Condor Gulch Trail may not be for the faint of heart, but it’s definitely suggested for the adventurous spirit. There’s a reason this place is a rock climber’s paradise. Hiking becomes more like bouldering – with the safety of iron bars and chopped out steps to keep the trekker balanced in some precarious spots.

The scenery is more spectacular at every turn.

·       Pinnacles National Park is located in the Central Valley off Highway 25, 35 miles from Hollister.