Publisher’s note: This is one of several stories about mental health issues in the Lake Tahoe Basin that will be running through October.

Recovery is possible. That is the overriding message from parents of a mentally ill son.

Jeanne Nelson cried in the shower every day for a year grieving for the loss of the life her son could have had, she struggled with guilt for not knowing sooner and therefore not getting him help sooner. 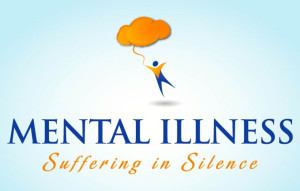 “I wonder if he had gotten help sooner, if his cognition would be higher,” she said.

Nelson and her husband, Alan, are the NAMI – National Alliance on Mental Illness – representatives on the South Shore.

Their son is doing fine; lives on his own, has a job. He’s on medication, with long lasting injectables his solution. It’s just not the life he had dreamed about. Adjusting expectations – that’s another thing everyone in the family has had to do.

The couple spoke April 13 at Temple Bat Yam in South Lake Tahoe about what they have learned and now what they have to offer others. There was a time when they didn’t believe their son had any hope for a normal life. That is why they are quick to share that things can get better – for everyone.

NAMI started in 1979 in New York with two moms with grown children who had mental issues. The grass-roots movement has expanded to every state.

One of the big issues with any mental condition is the stigma. NAMI is helping to break down those barriers. The hope is one day mental issues will be talked about the same way physical conditions are. After all, the brain is an organ just like the heart and no one winces at discussing heart issues.

Considering 20 percent of the population is living with a mental health condition, the topic is relevant. One problem, though, according to Jeanne Nelson, is that on average the delay in getting treatment is eight to 10 years after symptoms first arise.

Signs to look for include excessive worrying or fear, mood swings, a high-degree of sadness, confused thinking, avoiding social interaction, cutting and change in sleep patterns. 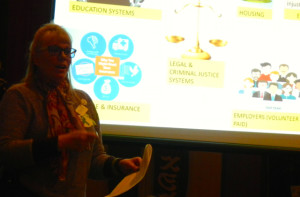 Even after a diagnosis it can still be difficult to get help. Psychiatrists are in short supply throughout the country. In-patient treatment programs – especially in rural areas like Lake Tahoe – don’t exist.

Many who are in jail are there with some sort of mental illness. Help for them varies from facility to facility. Substance abuse and mental health often go hand-in-hand.

Jeanne Nelson said there is a tremendous difference between what happens in California and Nevada.

“There’s less oversight in Nevada. It has the worst mental health care in the nation,” she said.

The Reno Gazette-Journal this year exposed some of the squalid conditions of clients in Northern Nevada that has gotten the state’s attention.

The couple said it’s important for the advocates of those with mental issues to be vocal, file grievances when necessary and document everything. And while health care officials cannot share information about a patient who is 18 or older without that person’s permission, it is perfectly fine to provide doctors with insight about the patient that might help with a diagnosis or care.

·       NAMI support group meetings are the second Tuesday of the month from 6-7:30pm at the South Lake Tahoe Library.