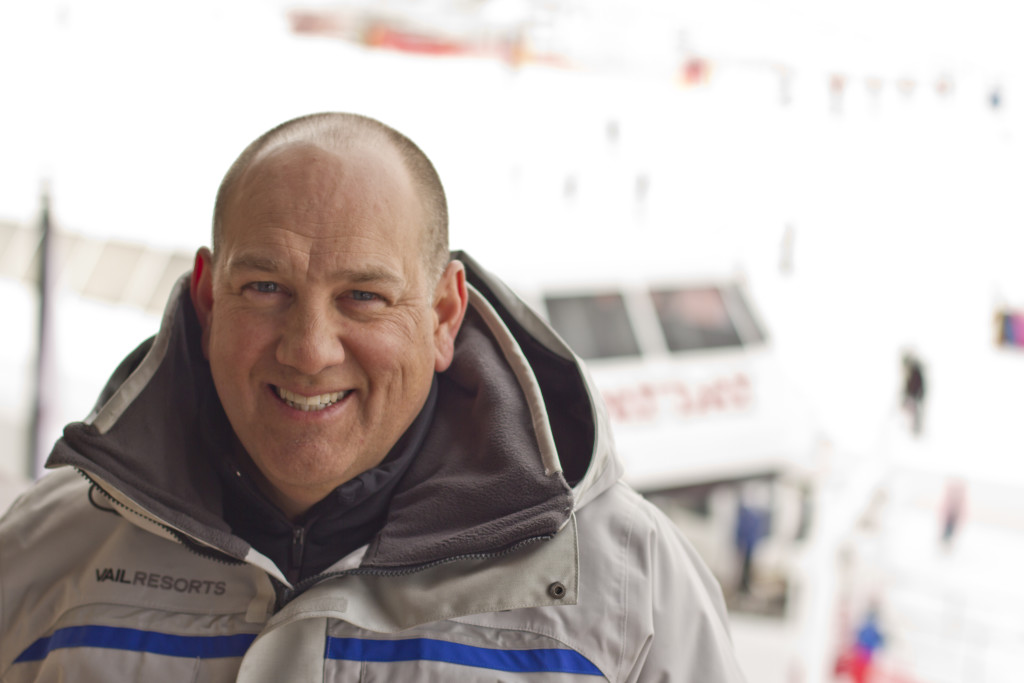 Bill Rock relishes his role of leading the largest ski resort in the United States. Photo/Provided

Bill Rock is getting used to being the new guy, only this time it’s on a larger stage and in a much more public capacity.

He is the man Vail Resorts taps to be the leader when it acquires a significant property. In 2010 it was Northstar, and in 2014 Park City Mountain Resort and Canyons became his domain.

This, though, is the season where all eyes are on this Utah behemoth, which is now one resort known as Park City. With the Quicksilver gondola being launched in December, it links Park City with what was known as the Canyons. The Canyons was already part of the Broomfield, Colo.-based Vail Resorts’ portfolio before Park City was acquired.

At Northstar, Rock was overseeing a resort with 3,000 skiable acres. Park City has 7,300 acres.

The 47-year-old doesn’t like to talk about himself. But he’s a proven leader.

“Bill was instrumental in our integration of Northstar in 2010, including overseeing a $30 million capital program and building cultural and community engagement and alignment. He has an outstanding leadership track record and a deep understanding of how to elevate the guest experience in close collaboration with our employees that will benefit all of our stakeholders in the Park City community,” Rob Katz, CEO of Vail Resorts, said in a statement.

The gondola and mid-mountain lodge are new for the 2015-16 ski season. Photo/Kathryn Reed

Rock has been in the ski industry for more than 20 years. Building relationships is one of his hallmarks – with the community the resort is in as well as with his staff. He is also a man who knows how to increase the bottom line.

His approach in Utah has been much the same as it has been other places.

“The No. 1 thing is information,” Rock told Lake Tahoe News. He made it a priority to let people know what was going to change and how. He said it’s the only way to build trust. “I spent a lot of time in the community and with employees explaining what the big plans are, painting a vision.

“With something as complicated as what we are trying to do, it takes time,” Rock said of convincing people Vail Resorts has the community’s best interest at heart.

Less than a handful of people were let go with the merging of the resorts. Not everyone has their same job; some were promoted to the corporate office.

One of the biggest differences between his job in Truckee when Vail took over Northstar from Booth Creek compared to Park City is the publicity. Northstar is a bit isolated and not an integral part of Truckee. While the acquisition made headlines with Vail expanding its footprint in California, having bought Heavenly Mountain Resort in 2002, it was not controversial.

Just the opposite was true with Vail buying Park City. Powdr Corp., Park City’s former owner, forgot to renew its lease. Vail swooped in. The courts got involved, but in the end Vail prevailed.

“Here, Park City is in the heart of the community. There is a passionate feeling about the resort. There was controversy leading up to us arriving,” Rock acknowledged. “The best thing is the community is rallying around our company, and the fact we are part of the community and being very public about that.”

In one year Vail pumped $50 million into its Utah property, created the country’s largest ski area and took control of one of the nation’s premier ski hills.

He’s not afraid of Vail Resorts homogenizing the ski industry with its improvements. Tamarack (Heavenly), Zephyr (Northstar) and Miners Camp (Park City) are all the same design.

Plus, the menus – other than the Epic Burger – are also different. Still, Rock said he wouldn’t be surprised if the lodge design is used other places. Then it’s up to each resort to embrace it to be their own. He’s doing that in ways that go beyond one building.

“It feels like the first year of a brand new resort and no one in our generation in the ski industry gets to do that anymore,” Rock said of Park City. “I’m trying to seize the moment and enjoy it.”