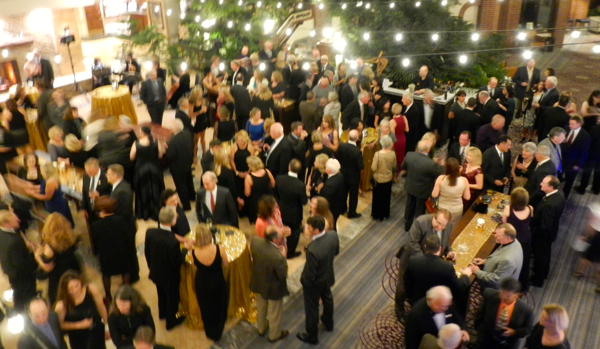 “History is what binds us.”

That was just one of the sentiments expressed by South Lake Tahoe Mayor Hal Cole on Saturday night as more than 200 people came together to celebrate the city’s 50th birthday.

The milestones – some positive, some sad, all critical to the city being what it is today – were captured through video, personal stories, and the written word.

While the city is bound to have more parties at other significant markers, it is at 50 when many of those who helped establish the city are still here to tell their story. Yesteryear’s visionaries aren’t likely to be around for the 75th celebration. That is what made Nov. 7 special – the past, present and future were all in one room for a few hours.

It was a night to remember those who had the foresight to strive for incorporation, the recognition that the area would be better off governing itself than being saddled with decisions made 60 miles away in Placerville, and to illustrate what has occurred in these five decades and what is possible going forward.

Thirteen former or current councilmembers attended the festivities at Lake Tahoe Resort Hotel. Members of the Brad Murphy (the first mayor) and Norm Woods (councilman) families were in attendance.

The sold-out event included former and current city staff, as well as a who’s who list of community members.

It was a night to better understand some of the struggles that have taken place – such as development and redevelopment, finances, the loss of local soldiers, and the Angora Fire.

It was a night to embrace accomplishments – Lakeview Commons, recreation center, environmental stewardship.

It was a night to look at the future – Lake Tahoe Wildlife Care moving into the city limits, Tahoe Mountain Lab building a hub for the untraditional work force, expanded recreation opportunities and a city that will be vibrant when the 100th celebration takes place.

City Manager Nancy Kerry, second from left, is flanked by the four councilmembers who attended the Nov. 7 party.

Cole touched on four entities that to him have made a profound difference to this area:

·      Heavenly – especially singling out how the ski resort was built by locals and had world-class events, and is still integral to the fabric of the city.

·      Barton Memorial Hospital – recalling the days before there was a hospital and how it is rare for a community hospital to still be locally owned-operated.

·      South Tahoe Public Utility District – for being a pioneer in treating sewage to keep Tahoe blue.

·      Edgewood – to the Park family that has been key to Tahoe since the 1800s and is continuing to evolve.

·      The commemorative book is available for purchase by emailing Tracy Franklin — tfranklin@cityofslt.us.

·      The three-part video shown Saturday night is available on YouTube.