Hippocrates, a physician and philosopher of health, said: “Let food be thy medicine and medicine be thy food.”

Food is often underestimated as an effective medicine. One collection of ingredients gaining attention are phytonutrients. Phytonutrients, sometimes called phytochemicals, are nutrients found in plants that contribute to its vitality. They can be found in a variety of plant-based foods and research shows when humans consume phytonutrients, they interact with the body and promote healing. 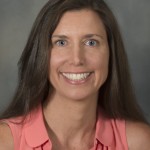 Here are some examples of foods rich in phytonutrients that you can eat in your daily diet and help improve your overall health.

Brussels sprouts, kale, broccoli, and cabbage are rich in a group of phytonutrients called indoles. Indoles have been found to lower the risk of breast, prostate, lung, stomach, colon, and rectal cancers. In one study, participants who consumed at least one cruciferous vegetable per day decreased their risk of breast cancer by 40 percent (Terry, 2001). In a separate study, men who ate three or more servings of cruciferous vegetables a week compared to their peers who consumed less than one serving a week reduced their risk of prostate cancer by 40 percent (Cohen, 2000).

Tumeric, a spice in the ginger family, contains the phytonutrient curcumin. Curcumin is an antioxidant, anti-inflammatory, and anti-cancer agent. It reduces the risk of Alzheimer’s, and multiple studies support the use of curcumin for joint inflammation, tendinitis, and inflammatory bowel disease (Blaylock, 2012; Hanai, 2009; Mindura-Kiela, 2012). Increase daily turmeric intake of with supplements or by adding the spice to soups, teas, and smoothies. For the best phytonutrient absorption from turmeric, pair it with piperine, an ingredient in black pepper.

Try to eat a rainbow of fruits and vegetables daily. Lycopene is a carotenoid phytonutrient found in watermelons, pink grapefruits, guavas, apricots and tomatoes. It is best absorbed from processed or cooked tomato products such as tomato sauce, paste, and soup. It is a potent antioxidant and has been suggested to prevent cancer and cardiovascular disease (Agarwal, 2000; Pool-Zobel, 1997). Lycopene is one of six types of carotenoids. Other colorful fruits and vegetables that contain carotenoids include carrots, tangerines, sweet potatoes, spinach, kale and cantaloupe.

These are just a few phytonutrients that studies show have positive health benefits. Consume regularly, and aim for eating at least five servings a fruits and vegetables a day.