They buried Norma Thayer on a Saturday afternoon in May. She died in November 2014. She was interred with 17 friends and relatives remembering her and her 64 years at South Shore.

They gathered to lay her in the ground next to her daughter, no fuss, sharing memories of the extraordinary woman she was, but they left out one groundbreaking mention. Thayer was the first woman to run for the South Lake Tahoe City Council. 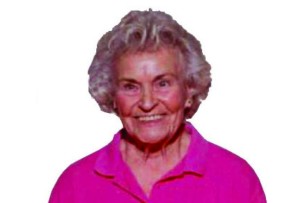 In the initial election in 1965 19 men ran for office, the top five each serving six-month terms as mayor. In 1967 the election was conducted for the first full four-year terms. Fifteen men and Thayer were on the ballot. Thayer didn’t succeed in her effort, but she didn’t come in last.

Nine years passed without a woman candidate. In 1974 Pat Lowe was elected. Lowe displayed a very practical turn of mind. It was her idea to set out left turn lanes in the neighborhoods and to place dry wells throughout the city to drain the annual floods. She went on to election as supervisor of El Dorado County, unfortunately succumbing to cancer before she could complete her second term.

As her colleague Laurie Ames recalls, “Pat spoke truth to power.” Today a portion of the bike trail is dedicated to her memory. 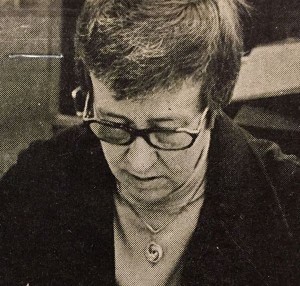 But it isn’t just numbers that matter, it’s what contributions were brought about. Neva Roberts initiated the competition that gave us the city flag, but what she more reveres are the people who came to her when they felt unheard by others. Her strong advocacy gave a handicapped woman a variance from CTRPA strictures and put a stop sign in Al Tahoe to provide a sense of safety for a neighborhood.

Margo Osti is proud of getting the Clean Tahoe program established, as well as working on affordable housing issues.

Standing fast for the gondola redevelopment plan and the vacation rental ordinance are tops on Judy Brown’s list of “yes!” Now after her council terms she continues to offer strong guidance as a member of the city’s Planning Commission.

Brooke Laine is proud the ice rink is an asset for the city, something she fought for, and she values her commitment to the public ownership of the city parking garage, which will be a financial asset for the city within a decade. 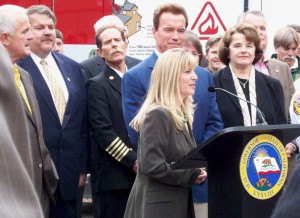 Kathay Lovell, then mayor of South Lake Tahoe, speaks during an Angora Fire meeting while state and federal officials look on. Photo/Kevin Chandler

Kathay Lovell, the only woman to serve three terms as mayor, worked hard to bring about Lakeview Commons, standing tall every hour to push for its completion. She was also the voice of calm during the tragic Angora Fire in 2007.

Claire Fortier delayed retirement until she could cast a strong vote for the revised Regional Plan update – a plan long in negotiation and diligently guided to fruition with her support as chair of the Tahoe Regional Planning Agency Governing Board.

JoAnn Conner takes pride on helping to revise city regulations to be friendlier in maintaining and attracting businesses, and to helping improve recreational facilities regionwide.

Wasting no time carving out an area of strong interest is Wendy David who has stressed mental health and community well being as her focus.