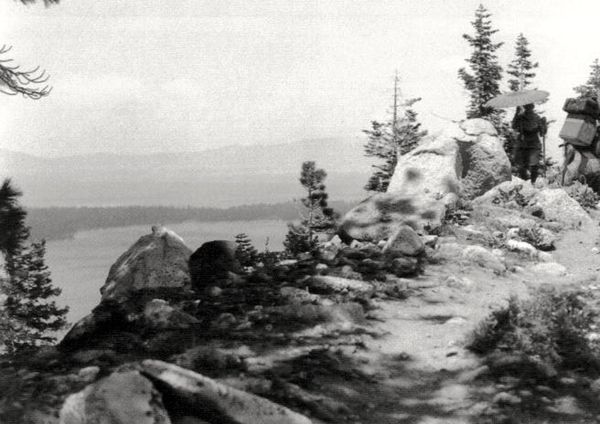 Getting to Angora Lakes wasn’t always as easy as it is today. Photo/Jim Hildinger

If you recognize Fallen Leaf Lake and distant Lake Tahoe in the above photo, then you recognize Angora Ridge before road construction started in 1924.

Longtime local Jim Hildinger writes in his booklet “Angora Lakes Resort (1917 to 2014)” that his
father’s “construction of the road began in 1924 and was finally completed in 1929. It was all done by hand — a pick and shovel and crowbar, a very small amount of dynamite and a very great amount of sweat.” 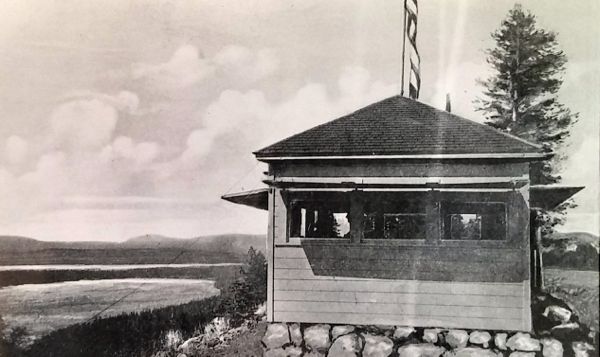 The fire lookout was constructed on the ridge in the 1920s by the U.S. Forest Service.. Photo/Lake Tahoe Historical Society

The structure remains today, although it was retired as a lookout in the 1970s with the advent of modern technology. Considerable growth of the trees has obstructed views. 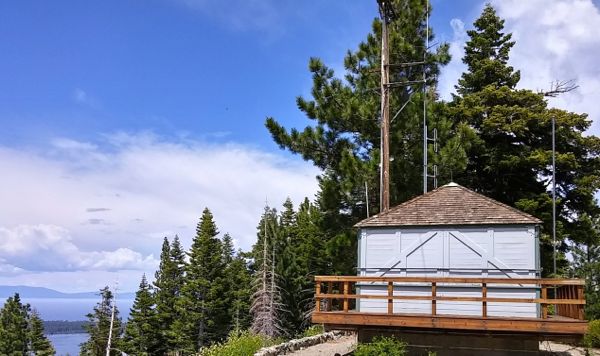 The road was only rocks and dirt and very rough, steep driving. Jim Hildinger writes in his booklet, “… In 1963 the ridge was paved — then in 2005 the whole road was paved in order to satisfy water quality standards established by the TRPA.”

Quite a contrast to the ridge of 90 years ago. 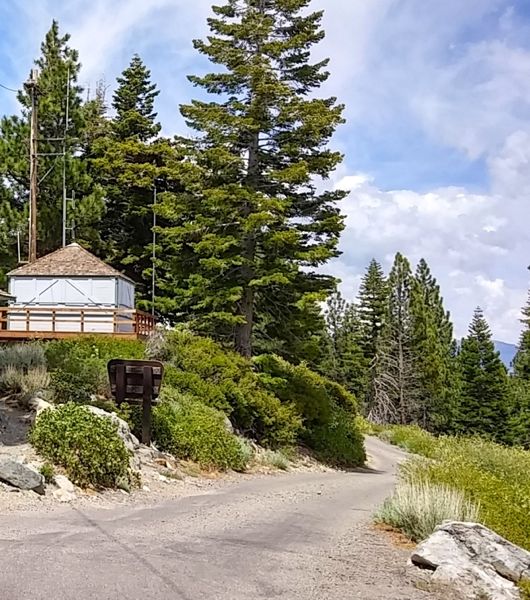 Pavement makes it much easier to reach the lakes and resort of Angora today. Photo/Bill Kingman