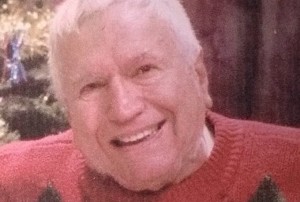 After retiring from a career in the newspaper business in San Francisco, he moved to Meyers where he lived for the past 28 years.

Morch joined the San Francisco Examiner, then a Hearst publication, in 1976 as a society writer. He wrote his influential and entertaining column for 20 years. It grew in popularity and eventually ranked second to that of the San Francisco Chronicle’s venerable Herb Caen. The two developed a friendly rivalry and often chided one another in their respective columns.

Morch, originally from Brooklyn, N.Y., started his career as a writer/photographer for the Hollywood Citizen-News, later joining Fairchild Publications’ Los Angeles bureau as a general assignment reporter for Women’s Wear Daily. He eventually moved to San Francisco as assistant bureau chief of Fairchild’s San Francisco office, a post he had before joining the Examiner.

In addition to writing his society column, Morch also served as the paper’s art critic until 1978. He edited the paper’s East Bay edition during the final four years of his career with the Examiner until his retirement in 1996.

When he retired, Morch purchased a cabin in Meyers.

At one point in his long career as society columnist, Morch wrote several columns on the growing use of cocaine among the city’s upper crust. Although he named no names, he received credible death threats and was under police protection for several months. In his years in Southern California, Morch also worked as a freelance photographer and his pictures of Hollywood celebs appeared in many magazines and newspapers in the U.S. and foreign countries.

He is survived by daughters Melissa and Stephanie, grandson Talon, granddaughters Kaylee and Mara, as well as his former wife and mother of his children, Lucille, and Jackie, his Jack Russell Terrier.

Morch, a Navy non-com whose final tour was on an aircraft carrier, requested cremation and his ashes scattered at sea from a ship leaving from Pier 39 in San Francisco. Friends are invited to contact his daughter, Melissa, by calling 818.640.4790, if interested in attending his sea burial.